From dating after 40 to best sellers, wordsmiths are at work 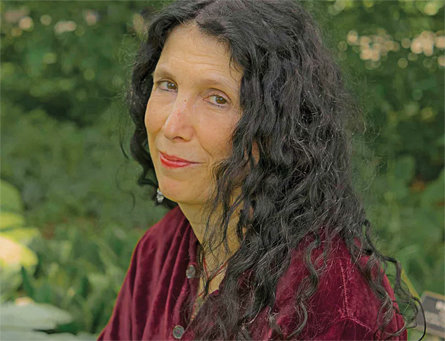 Hudson County is rife with local authors. At least eight writers in the area have released or are in the process or releasing new books. There may be more, so if you have something coming from a publisher, email us at editorial@hudsonreporter.com.

New York Times best-selling author Caroline Leavitt, who lives in Hoboken, released her eleventh novel “Cruel Beautiful World” last month.
“I’ve been wanting to write this since I was 17,” said Leavitt.
Her latest novel takes place in 1969 and follows teenage Lucy, who runs away with her much older English teacher to live in rural Pennsylvania. Her older sister Charlotte is set on uncovering the truth behind her youngest sister’s disappearance.
At 17, Leavitt had a friend who was engaged to a much older controlling man. When her friend finally broke off the engagement, the man stabbed her 42 times.
“I couldn’t figure out how this happened. Didn’t she know he had violent tendencies? Why couldn’t her family or friends protect her? I couldn’t write it because I didn’t understand her until 10 years later,” said Leavitt.
At this time, Leavitt was in a controlling relationship of her own.
“He would say, ‘Oh honey you look so great but you’d look even greater if you lost another 10 pounds or didn’t eat dinner.’ He said it so sweetly and you start to believe it. I started not to know who I was anymore,” said Leavitt. “That constant line of talk from somebody. It’s insidious.”
She didn’t realize how controlling he was until she was writing a novel and he deleted a whole chapter, replacing it with his own jokes. “That’s when I understood.”
Five years ago Leavitt began seriously working on what would become “Cruel Beautiful World.”
“My [current] husband and I joke that we have a long commute to our offices on the third floor,” said Leavitt. “I would work every single day on it for at least four hours a day.”
The novel underwent at least 18 revisions, according to Leavitt.
Leavitt has already sent a new manuscript to her publishers at Algonquin and is waiting to hear back.
“You always have to have a new book,” said Leavitt. “Because you never know what the reviews will be like. I’ve been really lucky to get amazing reviews but I don’t focus on that. I wrote a book proposal to my editor at Algonquin and that’s what I live for. The other stuff is noise and takes you away from the writing.”
Leavitt’s novel has done so well that she’s been on a 40-city across country book tour – something most authors don’t get to do these days.
“It’s weird as a writer because I’m very solitary most of time or I am with my husband or friends,” said Leavitt. “On tour I have to be really ‘on’ and attend parties and events, but I love talking to readers and authors.”
The book can be found at any major book store or on-line at book websites.

Is dating over 40 hell on earth, or a good time to get a second chance?
Hoboken resident Eileen Budd and Jersey City resident Rose Jakubaszek met by chance at a corporate event. The two started talking and eventually decided to partner up on their new anthology of essays by midlife daters, titled “Can You #!*% Believe What Happened? True Tales of Midlife Daters.”
“I have to say the idea for it started a long time ago with your illustrious leader [Reporter editor and novelist] Caren Lissner.” said Budd. “She started a writing group awhile back and I joined the group after my husband and I had separated. And she said, you should write a book about dating over 40, and I thought, now is not the time”
The “Idea percolated” over the years. After meeting, the two decided to share some of their dating experiences as well as curate others to “entertain and make others laugh.”
“It grew out of the idea, everyone is going through this, we hope to share in each other’s pain and laugh about it,” said Budd.
“It is not a self help book,” said Rose Jakubaszek. “It’s entertainment… we are not trying to tell people how to date and find somebody.”
The two solicited essays through friends, craigslist, newsletters, and competitions over about a two year period.
The pair selected 21 true stories from Hawaii, California, Puerto Rico, Canada, and India. They are all true stories.
The anthology is divided into five chapters: Funny, WTF, Hopeful, Acceptance, and Happy Endings.
“Some of them are so out-of-the-box that you would never in a million years think they would happen to somebody,” said Jakubaszek.
The pair will host a sneak peak to their anthology at Symposia Bookstore, at 510
Washington St, Dec. 2, from 7 p.m. to 8:30 p.m. with a select reading.
The authors are still looking for more stories to include. For more information or to submit a story send an email to datingover40tales@gmail.com.

Hoboken resident Ann Anderson Evans is currently working on her newest memoir. Evans’ last memoir, “Daring to Date Again,” published by SheWrites Press, explored her attempts to date at the age of 60 after being celebate for 12 years. Ultimately, she had success.
Evans’ current memoir will touch upon the changes in a woman’s role in society and the influence of feminism.
“[For] women of my social class, and by that I mean women who are college educated and born in 1942, there has been a tremendous arc of development for us,” said Evans. “We thought we’d grow up to be married and mothers we never thought we would work….Then all of a sudden things changed we have to have a profession too.”
“Women were run ragged doing it all,” added Evans. “Then women my age gathered their feet beneath them and said, ‘I won’t take this anymore.’ [We were] breaking rules as women, an American, and a mother because world was changing around us. It’s really a book about a ‘how dare you say that to me feminist’ but a ‘bring it on feminist.’ I’m not sensitive if you kiss me on my check and call me darling, as long as you treat me right.“
Evans said she waited a long time to become a writer and enjoys every aspect of it.
“In the early 1980s I switched from being married to someone who was a writer who never finished books, to thinking, ‘You know, I could write a book.’ ”
Evans sent her writing to agent Marilyn Marlow, and Marlow wrote back “asking me to send her all my future books. I thought, oh my god, I knew I could write a book, but I didn’t know I could write. After that I wrote all the time.”
Evans will be at the aforementioned event with Budd and Jakubaszek on Dec. 2 at Symposia Bookstore to read about one of her dating experiences.

Novel being turned into a movie

Meanwhile, Hoboken resident and former Weehawken resident Caren Lissner, the editor of the Hudson Reporter newspapers, got to see her first novel — the humorous single-girl book Carrie Pilby — made into a film several months ago starring Bel Powley and Nathan Lane. The feature film will come to theaters this spring. The story follows a nerdy 19-year-old genius who has trouble dating and socializing after early graduation from Harvard. To learn more about the novel, find it at barnesandnoble.com or go to carenlissner.com.

Local author Dale Walker, who has used the alias “T. Weed” in his letters to the Hoboken Reporter over three decades, has self-published his third anthology of letters, entitled “Dang ‘em Hang ‘em.”
Walker has lived all over the world, from Texas to Saudi Arabia, but settled on Hoboken to make his home.
“I’ve lived everywhere in America, and it’s a walkable, wonderful little square mile,” said Walker
Walker began writing letters to the editor in the 1980s under the pseudonym T. Weed. These letters caused a lot of controversy at the time and covered a wide range of topics including landlord/tenant issues. But sometimes he submits short poems.
“In the early days the Reporter published anything I wrote,” said Walker. “The Reporter was just starting up and the letters and T Weed made the newspaper in the eyes of the public. They were unique and controversial. The Reporter was brave for doing that.”
Over the years Walker has self published the letters and has had them sold at Symposia Bookstore at 510 Washington St. for $5.
“I would write them anyway, whether published or not, and get things of my chest from time to time,” said Walker.
The latest anthology, “Dang ‘em Hang ‘em” contains 71 letters and will be available for purchase at Symposium Bookstore.

Two authors have recently released novels that take place in Hoboken.
Yvonne Ventresca, former Hoboken resident, released her second novel last month titled “Black Flowers, White Lies” (Sky Pony Press). The story takes place in present day Hoboken with a few fictional venues including a cemetery, bookstore on Newark Street, and a cat shelter. The young adult supernatural thriller focuses on a teen girl named Ella who believes she is being watched over by her mysteriously deceased father, who warns her of imminent danger.
“Using familiar places helps me include details that ground the reader in the setting,” said Ventresca. “There’s such a great energy to Hoboken. It was fun incorporating real restaurants, landmarks, and trivia into the story.”
Ventresca’s Ella lives in 77 River St. Scenes take place at Stevens Institute of Technology, The Brass Rail, and the PATH station, and the characters go to Newport mall to shop for a dress just like many Hobokenites.
Ventresca said the writing process begins typically with her journaling answers to the question “What if?”
“What if a girl suspects she is being haunted and must deal with unexplainable ghostly events?” said Ventresca.
Ventresca first wrote this novel in 2006 but had trouble with the plot, despite several revisions. While this novel sat on the back burner, she wrote “Pandemic” and its success “reenergized” her causing her to create a new version of what is now published.
Ventresca is currently working on her next young adult mystery about a summer camp counselor who disappears.
Another author, Leslie Micone, released her second novel “Murder on the Waterfront” this past spring (Author House). It takes place in 1910 Hoboken.
The 170-page novel begins with a homeless woman who stumbles across the body of well-known businessman, Fred Throckmorton, on the Hoboken waterfront. It begins the story of danger, intrigue, the importance of family, longshoreman and the mafia.
It took Micone almost 10 years to write the mystery, according to her daughter Ella, who participated in a phone interview with her mother. Mendalski Micone said she pulled inspiration for the characters and scenery from her trips to visit her family in Hoboken as a little girl.
Many of the characters are based on Micone’s family and writing about them helped her relive the time they spent together.
“I miss my family,” said Micone. “They are all gone now, but writing this was a way to relive being with my family again. In a way this book immortalizes and keeps them alive.”
Micone currently lives in Piscataway Township near her daughter.
Marilyn Baer can be reached at marilynb@hudsonreporter.com.

Bayonne to hold ‘Vax to School’ events ahead of September