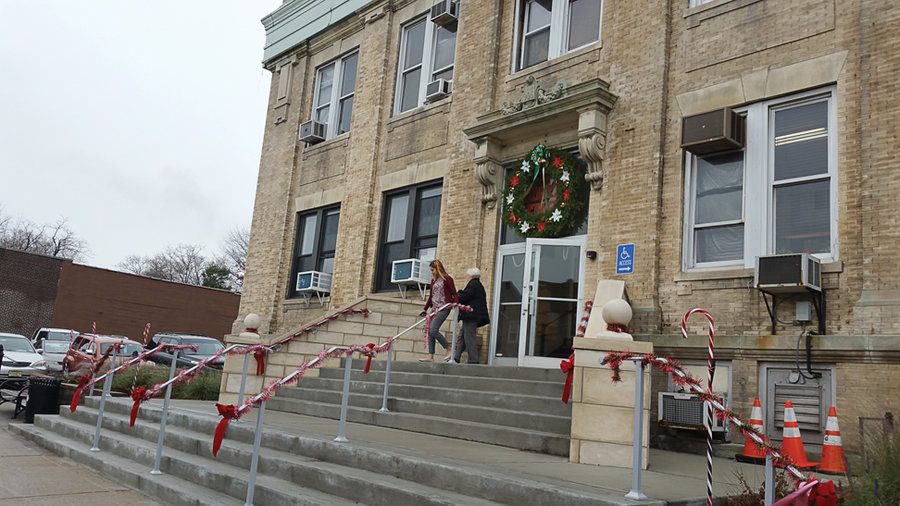 North Bergen’s Board of Commissioners have been given a $5,000 grant to fund the township’s 2016 Drive Sober or Get Pulled Over campaign, part of a national law enforcement program to prevent drunk driving during the holidays.
Law enforcement and highway patrols will try to reduce the number of drunk drivers on the road by patrolling local streets and raising public awareness through highway signs and social media.
The grant was accepted at the commissioner meeting on Wednesday, Dec. 7.

Every other year, township officials introduce an ordinance that cancels handicapped parking spaces from residents who no longer need it, and continues to dedicate parking for those who do. According to Township Administrator Chris Pianese, 10 years ago there were over 200 handicapped parking spots registered to residents. By adopting an ordinance every other year, Pianese said, the spaces go only to people who still need them.
_____________
A public awareness campaign and highway patrols will try to reduce the number of drunk drivers on the road this holiday.
____________
“We’re trying to keep it in around 175,” Pianese said. “We send letters to the registered residents to make sure the person using the spot still lives here, or is still alive.” Through this process, 13 spaces have been removed this year, he said.
The ordinance also assures those registered that their spaces will be available for two years. The public hearing for the newest ordinance will be held Wednesday, Dec. 21.

Congratulations to the police chief

At the meeting, Mayor Nicholas Sacco congratulated Police Chief Robert Dowd, who was sworn in as president of the Hudson County Chiefs of Police Association on Monday, Dec. 5.
The association is a group of chief law enforcement officers at the state, county, municipal and federal level that administer law enforcement in Hudson County.
Dowd has been a member of the North Bergen Police Department for 23 years. Recently he was accredited as a chief executive chief of police by the New Jersey State Association of Chiefs of Police. This is the highest level of accreditation a police chief can hold in New Jersey. Dowd is currently the only chief of police in Hudson County with this status.
Samantha Meyers can be reached at samantham@hudsonreporter.com .