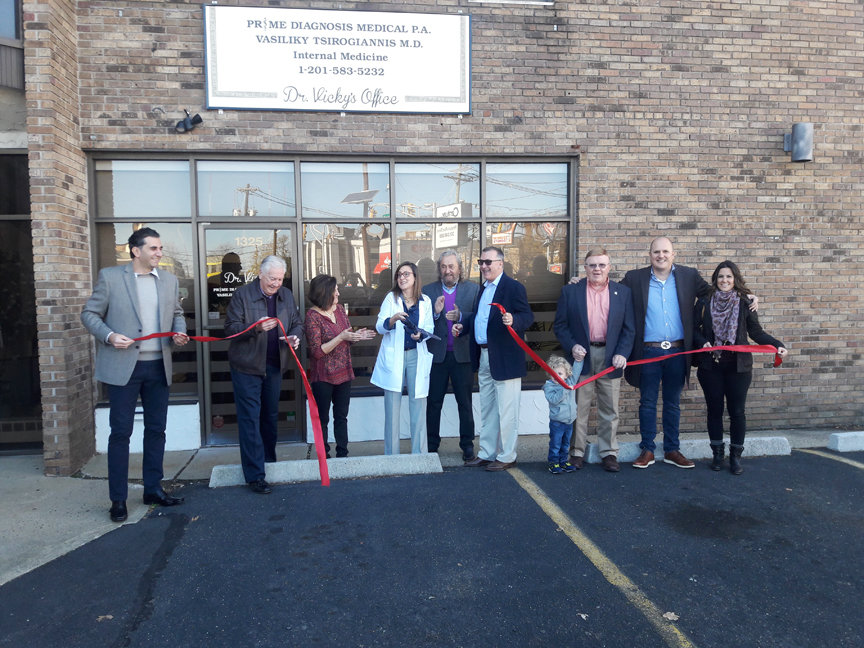 Secaucus Middle School students in Amanda Jones’ world history class created interactive board games based on the Epic of Gilgamesh, an epic poem from ancient Mesopotamia that is often regarded as the earliest surviving great work of literature. Throughout this unit, students applied their knowledge of Gilgamesh and early ancient civilizations to create a way to teach their peers about the topic. Students used prior knowledge and conducted research to determine the most efficient way to deliver information about the subject matter. Students were given creative control over their learning experiences and had the opportunity to invite others to play their board games.

The students had the opportunity to collaborate with their peers, while learning about the importance of written language in early civilizations and the impact written language had on all aspects of life.

Residents are encouraged by the mayor and Town Council to participate in the annual Holiday Lights Contest. The contest ends Friday, Dec. 23, so gather up your decorations and light up the Town.

Three winners in each categories will be chosen: Martha Stewart, Clark Griswold, and there will be one winner for Best Block. Winners will be announced at the Tuesday, Jan. 10 Council Meeting.

In an ongoing attempt to assure that instruction in the elementary schools is delivered at the same pace at each grade level, Secaucus School District Elementary Supervisor Dr. Danielle Garzon has created Pacing Guides and Information Packets for each of the elementary grade levels.

Each Pacing Guide and Information Packet contains information about the unique components of the curriculum resources at grade level, baseline assessments, weekly and unit assessments over each marking period for tracking student growth with College and Career Readiness Tests, project based learning, small group instruction and centers, and a month-by-month pacing guide over the course of the school year.

The Bergen County Audubon Society leads a walk looking for wintering birds and raptors at DeKorte Park in Lyndhurst on Tuesday, Dec. 20 at 10 a.m. The park is located at 1 DeKorte Park, Kearny. For more information call (201) 230-4983 or email greatauk4@gmail.com.

The developer for the massive American Dream retail/entertainment complex on Route 3, Triple Five Worldwide, released a video last week of a new design plan. To replace the different colors of the exterior, the new design concept is to include a glass and silver exterior.

The building project is scheduled to be completed in fall 2018, according to Tripe Five Worldwide.

American Dream has recruited other businesses and entertainment options such as Lego Land, an aquarium, and a 4D dine-in movie theater.

Watch the video for the new design concept at https://www.youtube.com/watch?v=CVwxucZzl_M&feature=youtu.be

First arriving units found part of a car engulfed in flames and an injured man lying on the grass median that separates RT-3 West and the RT-3 West Service Road.

Sheriff’s Crash Investigators have determined that the driver lost control of his vehicle at the RT-1&9/RT-3 merge. According to the report, the car jumped a curb to the grass median that separates RT-3 East and West, crashed into two telephone poles, knocking one down, and then the car disintegrated.

The driver was ejected from the wreck of the car, rolled across RT-3, and eventually ended up on the median, the report states.

What remained of the car burst into flames and came to rest near the Paterson Plank Road overpass on RT-3 West, the report states. The driver was transported by EMS to Hackensack University Trauma Center with serious injuries.

Hudson County Crash Investigators believe that high speed was a factor in the crash.

The section of RT-3 West was closed for four hours while crash investigators worked the scene. Investigators have not yet determined if any other vehicles were involved in the crash.

No charges have been filed at this time and crash remains under investigation.

If anyone witnessed this crash, please contact the Hudson County Sheriff’s Office Crash Investigation Unit at (201) 915-1300.