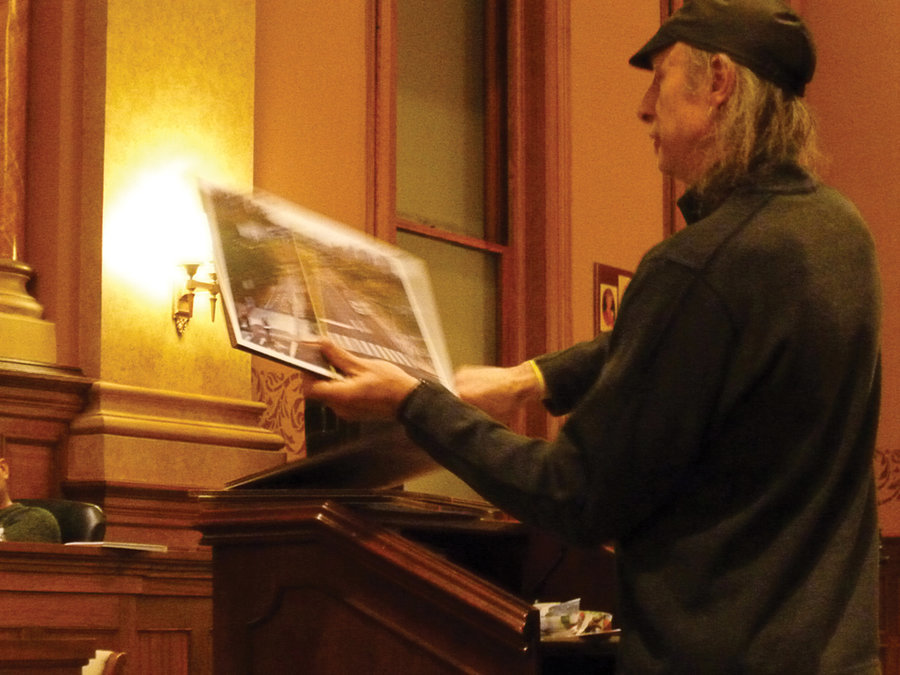 In Jersey City, even though downtown Grand Street is four lanes wide in some places, it’s still not safe enough for bicyclists, considering the large volume of cars traveling at high speed. At least, that’s according to members of Bike JC, who are among the local groups that have petitioned the city to make changes to the street as part of a bicycle safety initiative. Bike JC members say Grand Street epitomizes the dangers bicyclists face in the city, and why many ride on sidewalks instead of the street. Members of Bike JC appeared at the Dec.12 City Council caucus and again in greater numbers at the regular meeting on Dec. 14 to present ideas for a redesign of Grand Street that would emulate some of the “road diet” changes along Observer Highway in Hoboken. There, narrowed car lanes and dedicated bicycles lanes have been created to improve safety for bike riders, pedestrians and even drivers of cars and trucks. Click here for more.

In Hoboken, nearly two months after a commuter train crashed into a platform at the Hoboken terminal, killing a young mother who had just dropped her daughter at day care, the events leading up to the accident remain a mystery. On Thursday, Sept. 29, around 8:45 a.m., a NJ Transit train from the suburbs failed to slow down as it entered the Erie Lackawanna Train Terminal near the Hoboken/Jersey City border, and crashed into the concrete platform at the end of the line. The collision injured more than 100 people and killed Fabiola De Kroon of Hoboken, 34, who was hit by debris outside the train. A spokesman for the National Transportation and Safety Board (NTSB) told the Reporter on Sept. 30 that the federal agency would not have a final report or answers for the public for at least a year after the crash. The agency has been investigating since then, and has released some preliminary findings that contradict the train engineer’s recollection of that morning. Click here for more.

In North Bergen, more than 500 children received gifts like dolls, bikes, tablets, guitars, drones and more at a party Saturday, Dec. 3 in the North Bergen Recreation Center. The money for the gifts and party came from the town budget, approximately $25,000, said Town Administrator Chris Pianese. Commissioner Hugo Cabrera said, “There are a lot of elves in the recreation department.” Those elves gave popular toys to kids ages 2 through 9, including Easy Bake Ovens, Nerf guns, sewing machines, and 125 Amazon Fire tablets. The kids also took pictures with Mr. and Mrs. Claus. Click here for more.