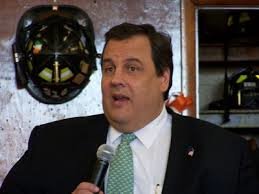 STATEWIDE — The state’s legislature may vote Monday on a bill supported by Gov. Christopher Christie to take away the longstanding mandate that local governments must advertise their actions and meetings (including liquor license transfer votes and the like) in advance in newspapers. The language was tucked into a series of measures that also would allow Christie to make money by writing a memoir, and raise salaries for government officials.
Among local legislators who were in favor of the measure last week is Hudson County-based Assemblyman Vincent Prieto. However, a compromise deal was being discussed over the weekend. On Monday morning, a recording at Prieto’s office number, 201-770-1303, said his mailbox was full and he was no longer taking messages.
Right now, cities have to advertise certain public meetings and legal actions in newspapers several days in advance, and also must publish certain types of lists, proposed budgets, etc. They may still also publish them elsewhere.
Some believe the bill is a way for Gov. Christie to get revenge on newspapers for unflattering press coverage of him. The bill was introduced so suddenly that a cost analysis hasn’t been done yet to see if it would really save money.
The bill will allow local governments to instead only post public notice on their own city websites.
For more information about bill and the senate panels’ recently approving the bill to go further, see this story in the Record of Hackensack.
Although some Democrats are fighting the bill, local Dem Vincent Preto (from Secaucus) currently supports it. But this link to an editorial about it includes phone numbers for people to call to express their opinion to Prieto and others before the vote the week.
Over the weekend, longtime legislator Joan Quigley spoke out against the bill.
Municipalities usually pick one or two newspaper to publish their legal notices, and the publications must meet certain requirements. Towns may still advertise them on their own websites. The notices are a way for the public to find out in advance what their public body may be voting on or how they are expending taxpayers’ money, and to ensure that the notices go out in time.
Check the links above for more information.