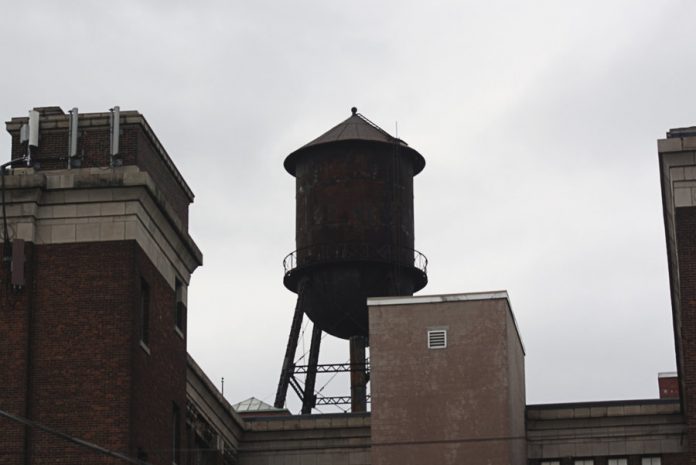 Water rates in Bayonne are scheduled to rise 3.5 percent in January of 2017, consistent with projections made by the Municipal Utilities Authority in 2015. That’s on top of a 13.25 percent rate increase last year. The 3.5 percent increase amounts to a five-cent increase per 100 gallons, or an average monthly increase of $3.60 per user, according to MUA Director Tim Boyle.
These rates are set by the MUA based on a 40-year contract with Bayonne Water Joint Venture, LLC, a partnership between Suez (formerly United Water) and Kohlberg Kravis, Roberts, & Co, a multinational private equity firm based in Manhattan, according to Boyle. The private partnership runs Bayonne’s sewage and water system, including payment collections.
According to Boyle, when the deal was struck in 2012, residents saw an immediate 8.5 percent rate increase. Rates were set to increase again by 4 percent in 2016, but instead a 13.25 percent increase was implemented that year due to the city’s “rosy estimates” of how much water would be used by city residents.
Under the 2012 contract, the MUA is obligated to pay Bayonne Water Joint Venture a predetermined annual amount, Boyle said. When that annual payment is not met, the MUA must raise rates to make up the difference, which is what happened in 2016 when the MUA fell $1 million short of the $27.3 million it was obligated to pay, resulting in a rate hike.
Rate increases are baked into the contract and capped at around 4 percent annually. Boyle added that any revenue that exceeds that which is owed to Bayonne Water Joint Venture goes into the city coffers, not to the investment firm or Suez. “It was a mechanism put in place to stop the impression of the equities side gouging the system,” said Boyle. “That’s what people are afraid of.”
Residents are also afraid of rising water costs, which in Bayonne are tacked onto rising property taxes and cost of living in general. The New York Times reported on December 24 that water rates have increased by 28 percent in Bayonne since the 2012 move to privatize water utilities – from $1.04 per 100 gallons in 2012 to $1.33 per 100 gallons in 2016. With this next rate hike, water will be $1.38 per 100 gallons, a 33 percent increase since 2012.

“I’m not saying these deals are the best thing ever. The question is whether the municipality will improve the infrastructure.” – MUA Director Tim Boyle
____________

When the math doesn’t add up

Boyle said the MUA’s contract with Bayonne Water Joint Venture is good for the city, because it prevents the utilities authority from going into debt. Under the contract, the MUA receives annual payments of $500,000 for maintenance and $2.5 million for capital improvements. The company also paid the city $150 million upfront in 2012 as part of the deal.
Boyle also argues that flat rates from 2007-2012 contributed to the need for rate hikes. “Had we only increased the rate 2.7 percent a year, we wouldn’t have had to raise [the rate to 13.25 percent in 2016],” he said, adding that miscalculated revenue predictions of past administrations also were contributing factors.
“There has been a history and tradition of artificially keeping the price of water and sewer systems low. I don’t know why they do it,” said Boyle. “Because they wind up running a deficit and plugging the holes with one-time revenue resources from here or there.”
Improving and maintaining a 100-year-old water and sewer system is expensive, and sewage costs are significantly more than that of water. The MUA still has to maintain a 12-mile, 100-year-old aqueduct, starting in Kearny, where reservoir water is piped in from Wanaque.
Boyle said that rate hikes would be worse if it were not for Bayonne’s industry using enough water to drive down rates, namely Bayonne Energy Company, which needs clean water for steam to power generators at the natural gas plant on Constable Hook.
There are many in the state and country who favor publicly owned water works and argue that contracts such as Bayonne’s hurts consumers in the long run.
“I’m not saying these deals are the best thing ever. The question is whether the municipality will improve the infrastructure,” said Boyle, citing the $2.5 million dedicated annually to capital improvements that might be at risk with the water utility in public hands.