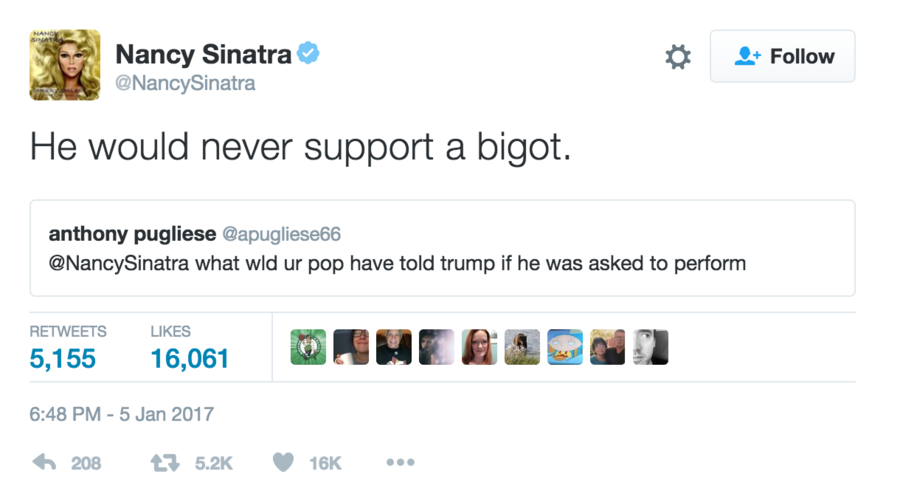 HOBOKEN — On Thursday, Jan. 5, Hoboken native Frank Sinatra’s daughter Nancy Sinatra responded to a Tweet asking her if her father would have performed at President-Elect Donald Trump’s inauguration on Jan. 20, were he alive.

Sinatra responded by stating, “He would never support a bigot.”

Many celebrities have reportedly declined to perform at the inauguration.

One user responded, “Nancy, might you lend Mr. Trump a pair of your boots so he can walk right out of the White House and head home permanently?”

Snow is blowing, Hoboken is towing