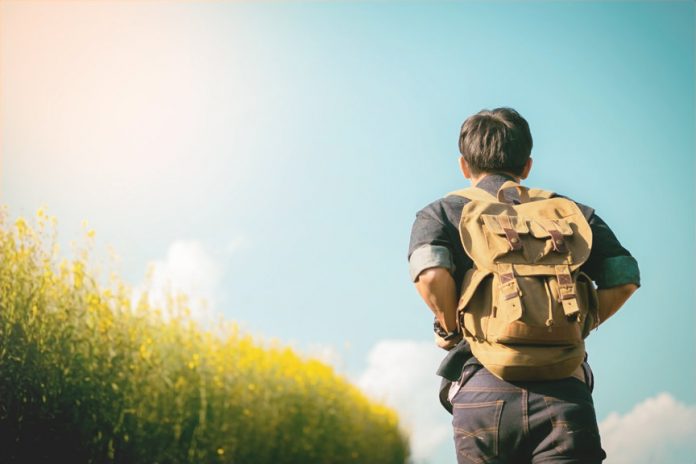 Joe Maldonado, 8, was having the time of his life when he joined Cub Scout Pack 87 in Secaucus last year. He felt natural, playing with other boys. The fact that he was born biologically female, but identified as a boy, was no issue to his peers.
But three weeks after joining the Scouts, Joe was asked to leave by Pack leaders, according to media reports. Joe’s mother, Kristie, was quoted as saying that leaders said other parents complained.
But last week, local officials and others said they had no problem with Joe’s identification as a boy.
A state group, Garden State Equality, launched a petition last month that collected more than 2,300 signatures as of last week. And Secaucus Mayor Michael Gonnelli told the Reporter last week, “He’s involved in an all-Secaucus boy [Scout] program. If that’s what he is, he’s a boy—he’s a boy, and that’s how we look at it. We don’t look at it in any other way whatsoever.”
Joe’s mother and Pack leaders had not returned calls by press time last week.

“It’s really a tragic story that he has to experience this,” Fuscarino stated about Joe, with whom Garden State Equality has been in constant contact since 2015, when his school began enacting a transgender training policy.
“Joe is one of those young people who is so much more confident and mature than most adults,” he said. “And he’s handling the situation extremely well. But it’s disheartening as an adult to have to watch this young person grow up so quickly because adults can’t allow him to be a child.”
“What we want is for Boy Scouts of America to have a [transgender] policy,” added Aaron Potenza, GSE’s director of programs, who has worked closely with Maldonado and his mother. Potenza noted that the national Girl Scouts are way ahead in dealing with trans-identity. The national Girl Scouts allow transgender girls.
“I think this is an opportunity for them to adopt a good, comprehensive policy, and I would say that if they look at the Girl Scout policy—and that’s kind of one of the things that we looked at and talked about—the Girl Scouts have been very affirming of the fact that transgender girls are girls,” he said. “They said, ‘We’re all girls, we’re inclusive,’ and we want the Boy Scouts to recognize the same thing with transgender boys.”
Potenza wants people to understand that “transgender boys are boys. The medical establishment says these children should be supported, and we need to help build a social world in which they can participate in the gender they identify as.”
It has only come about in recent times that boys and girls who identified as the other gender have been willing to talk to their parents about it and begin a transition to live as another gender, creating a need for more discussion and policy.
To see the petition, visit http://www.gardenstateequality.org/cubscouts

Hannington Dia can be reached at hd@hudsonreporter.com”>