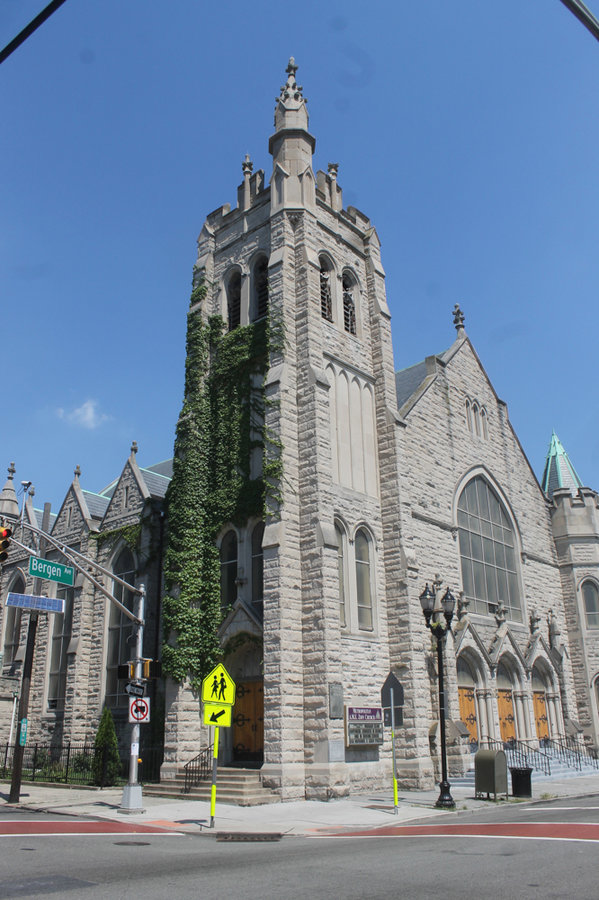 At a time when many have grave doubts about the future of civil rights in America, local organizations will pay tribute to Dr. Martin Luther King, Jr., a man considered by many to be the leader of the civil rights movement of the 1960s.
Many people are unaware that Dr. King appeared in Jersey City twice.
On Sept. 21, 1965, King received an honorary Doctor of Law from St. Peter’s College. During that visit, King gave a speech later called “The American Dream” speech.
His eloquence as a speaker was well-known, but so were his compassion and his determination to make certain that all Americans had access to the same rights regardless of color or ethnicity.
On March 27, 1968, a few days prior to his assassination, King again visited Jersey City appearing before nearly 2,000 at the Metropolitan A.M.E. Zion Church on Bergen Avenue. He was just about to launch what was called his “Poor People’s Campaign.”
At the time, people claimed he had inspired a new spirit of unity.
“If you can’t fly, run. If you can’t run, walk. If you can’t walk, crawl – but move,” he said at the time, promoting his vision of an America where all people were treated equal. He had come to talk about his lifelong mission of achieving equal rights for all people.
Many of those who came to hear him speak were deeply involved in the anti-poverty programs in Hudson County, and had come to support a number of initiatives King had spearheaded.
In a message that may well be relevant today, King asked the community to reject violence and to stand up against evil, but without destroying property. Cities throughout America had just seen a series of riots that had left many inner cities in ruins,
Among the crowds that embraced King at the time, a number of members of the Temple Beth-El in Jersey City led a march from their synagogue to Metropolitan, a symbolic gesture of unity that included a diverse membership of the community, poor and well as rich, powerful as well as ordinary people, doctors, lawyers, ministers, politicians, business people as well as a host of people from various peace groups opposed to the war in Vietnam.
Among those who led this march were Morris Pesin, Samuel Berman, Milton Gottlieb and other members of Temple Beth El, taking a symbolic six block march from the temple on Kennedy Boulevard to greet King.
Pesin, best known for his role as the father of Liberty State Park, was also a staunch advocate for civil liberties. He organized the Hudson County Committee for Fair Employment Practices in 1940, was closely associated with the local branch of the NAACP, and helped break the color barrier at Palisades Amusement Park in 1940.
A week after the speech in Jersey City, on April 4, King was assassinated in Memphis, Tenn. Unfortunately, his wish for nonviolence would vanish in the wake of his assassination a few days later when many inner cities erupted in violence in reaction to his death.

Temple Beth-el’s 32nd Sabbath Service in tribute to King’s memory and legacy will take place on Friday, Jan. 13, at 7:45 p.m.
_____________
“This year our featured special guest is Jersey City Ward B. Councilman Chris Gadsden.” – Irwin Rosen
____________
“Each year we honor a distinguished individual who will address our congregation and guests,” said past Temple-Beth El President Irwin Rosen. “This year our featured special guest is Jersey city Ward B. Councilman Chris Gadsden.”
Although the themes vary from year to year, nearly all center on the common bond between African-Americans and Jews. This year, as in prior years, Morris’ children, Sam Pesin and his sister Judy, will also participate in the service.
“Everyone is welcome to the event,” said Rosen.
The event will feature Jersey City civic and religious leaders at Shabbat service, a Beth-El tradition.
Past speakers at the event included Jersey City Superintendent of Schools Marcia Lyles, U.S. Sen. Cory Booker, columnist Earl Morgan, Roy Innis (founder of CORE) and others.
Oneg Shabbat refreshments will be sponsored by Sam Pesin, Lou Borriello, and Judy Borriello Pesin in honor of Dr. King, and in loving memory of their parents, Ethel and Morris Pesin. Donations of canned food and new adult warm hats, gloves, scarves and socks will be welcome to assist the needy and homeless.
Oneg Shabbat, or refreshment period, is an important moment that allows those that attend to talk to each other.
Temple Beth-El is located at 2419 Kennedy Boulevard in Jersey City.

Local doctor to be honored

The Jersey City NAACP branch’s 36th annual Martin Luther King breakfast, held at the Newark Double Tree Hotel, 128 Frontage Rd., on Jan. 14 at 7:30 a.m., will posthumously honor Dr. Lena Edwards, obstetrician-gynecologist, who will be honored with the 2017 Image Award.
Edwards was one of the first board-certified black female OB/GYNs in the country and reportedly delivered more than 5,000 babies during her career, most of which occurred at the Margaret Hague maternity hospital in Jersey City. She received the Medal of Freedom from President Lyndon B. Johnson in 1964 as well as more than a dozen honorary degrees from colleges across the nation. Edwards passed away in 1986.
Tickets for breakfast are $35, and to purchase tickets or for more information, contact Rosemary Nwabueze at (201) 388-7913 or Pat Sebron (201) 333-9015.

St. Paul’s Episcopal Church welcomes all on Sunday, Jan. 15, at 6 p.m. to hear Just Friends singing African-American music and Sandye Wilson preaching in celebration of the life of Dr. Martin Luther King and his call to witness. A free will offering will be taken. The church is at 38 Duncan Ave. between Bergen Avenue and Kennedy Boulevard with parking at St. Dom’s Academy. Visit www.StPaulsJC.org or call (201) 433-4922 for more information.
Al Sullivan may be reached at asullivan@hudsonreporter.com.