Board of Ed not planning layoffs—yet 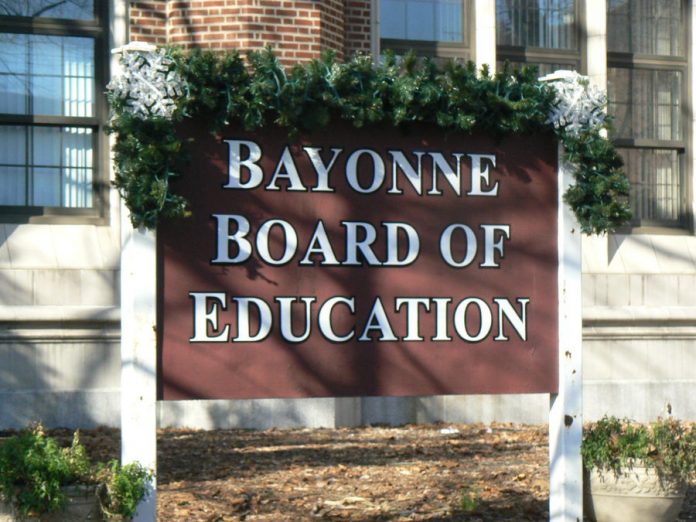 The Bayonne Board of Education (BBOED) is in transition, picking up the pieces after a $2 million budget deficit was unearthed in November. How the district will change when all is said and done remains to be seen, but according to BBOED President Joseph Broderick, the board has discussed layoffs and demotions, but no plans are imminent.
“We’re doing everything we can possible to meet the budget and not affect any staff members,” Broderick said. “If that wasn’t to happen, then we would look at positions that would have little or no impact on education.”
In December, at least 10 “rice” notices were issued to administrators, which inform employees that the board will discuss their state of employment, whether it be layoffs or demotions.
Among members of the central office who have been issued notices are Superintendent Patricia McGeehan, Business Administrator Leo Smith, Board Secretary Gary Maita, Special Programs Supervisor Laura Craig, Athletics Director John Calcaterra, board accountant, Brian Buckley, Midtown Community School Assistant Principal Michael Pierson, Assistant Supervisor of Technology Melissa Sisk, and Director of Assessment, Evaluation, Federal and State Programs Alaina Desjardin.

“We’re doing everything we can possible to meet the budget and not affect any staff members.” – Joseph Broderick
____________

“Every time we issue a rice notice, it’s like taking a sledge hammer and hitting them in the head,” said Broderick. If, for example, a vice principal is demoted to a teacher, that demotion will displace a teacher. But for now, this week and this month, the sky is not falling. “Until the end of this year, we’re on a good path fiscally,” Broderick said. “We won’t know the extent of our future problems until February,” when the board is expecting a funding report from the NJ State Board of Education.
“We hope our funding goes up,” he said. At its last meeting, the board passed a resolution to communicate Bayonne’s funding dilemma to state officials. “We want this meeting so [the state] understands our particular situation and how bad it is,” Broderick said. “The formula [the state] instituted, they’re not actually following. If they followed it, we wouldn’t be in this financial situation.”
When the board discovered the embarrassing deficit, it acted swiftly, holding an emergency meeting on December 14 and voting to take $3.7 million from the district’s capital improvement fund, which uses state-distributed ROD grant money, and apply it to the $2 million operating deficit, and the remaining $1.4 to the teachers’ contract. “The repurposing of this grant allows us to get to June 30 in good financial shape and take care of business that needs to be taken care of until that point,” said Business Administrator Leo Smith at the December 14 meeting.

The district’s financial crisis could not have come at a worse time for the teachers’ union, the Bayonne Teachers Association (BTA). Prior to the deficit, the BTA was negotiating a four-year contract. Now, it has to make due with a two-year deal.
Last week, the BTA ratified a two-year contract with the BBOED, securing a 2.62 percent rise in funds allocated for teachers’ salaries in the first year, and 3.35 percent in the second. The contract will be set in stone when the BBOED ratifies the contract at its next meeting on January 19, according to Broderick.
Teachers in the Bayonne School District have been without a contract for 18 months, so the two-year deal would retroactively apply to the 2015-2016 school year and the 2016-2017 school year.
Since the new contract expires in June, the BTA and BBOED have only a five-month break from the negotiating table.