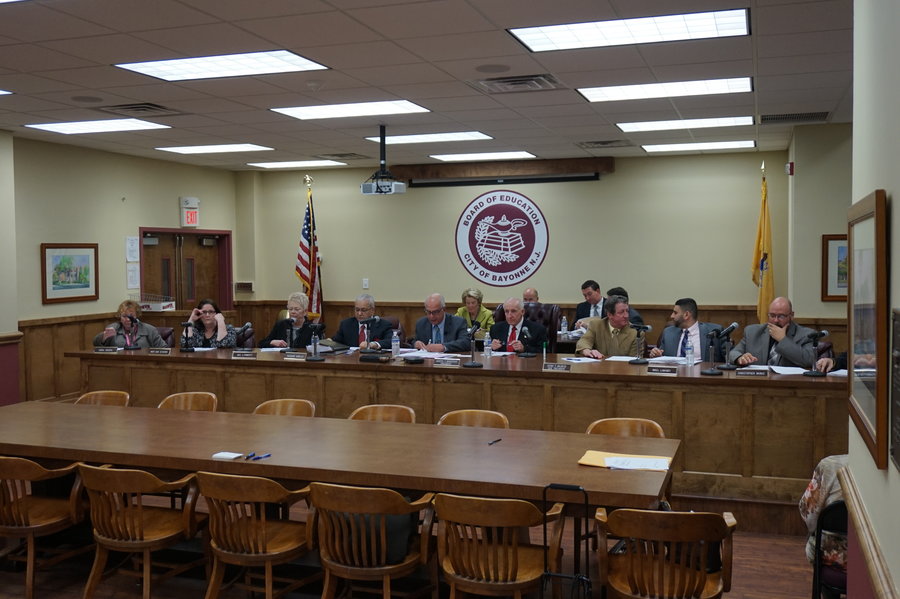 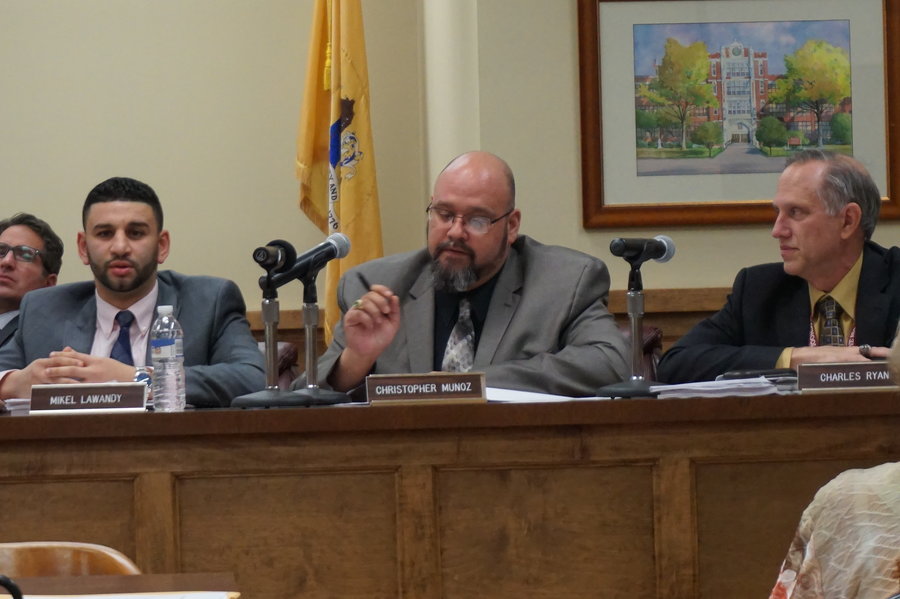 After the Bayonne Teachers Association (BTA) ratified the two-year collective bargaining agreement offered by the Bayonne Board of Education (BBOED) earlier this month, the BBOED ratified the agreement at its end at a meeting on January 19, marking an end to the 18-month stalemate between the two sides.
“Settling contracts in Bayonne has been a problem for many years, and hopefully this will be the last time teachers go this long without a contract,” said BBOED Trustee Chris Munoz before the vote. “Both sides have to get better in working together more, to prevent these kinds of things from happening. So happily, I vote yes.”
BBOED Vice-President Denis Wilbeck said of the contract settlement, “I hope this is the beginning of some good fortune for all members of our community.”
Teachers in the Bayonne School District have been without a contract for 18 months, so the two-year deal retroactively applies to the 2015-2016 school year and the 2016-2017 school year. The contract includes a 2.62 percent raise in funds allocated for teacher salaries in the first year, and 3.35 percent in the second. And because the new contract expires in June, the BTA and BBOED have only a five-month break from the negotiating table.
A tentative four-year deal was offered to the BTA in November, only a couple of weeks before news broke of a $2 million deficit in the BBOED budget, which stymied discussions as the board scrambled to re-assess the district’s finances.

Reaching the agreement feels like an achievement, but Alan D’Angelo, President of the BTA, feels the deficit put him in an unfavorable bargaining position.At the meeting, he called the contract “ridiculous” for giving raises that do not meet the rising cost of healthcare and living expenses. D’Angelo wanted another half percentage raise, and with another round of negotiations around the corner, it’s never too early to make his point known.
“If I wasn’t afraid that you’d lose another $5 million, I wouldn’t have signed this one,” D’Angelo told the board. In many board meetings, trustees and administration often discuss Bayonne as “the second most underfunded district in the state,” and express concern for taxpayers. “That’s irrelevant to what’s going on,” D’Angelo said.“You have a budget. You work within the budget. You can’t keep crying because they didn’t fully fund… they didn’t fully fund anybody. All you’ve done is set up this town to have a broken school system. The good teachers will leave. The new ones that come won’t stay long. No one can live with no raise for two years.”
The contract agreement gives a reprieve to both the Board of Education, whose focus will surely be on finding ways to make up for its $2 million deficit, and the BTA, which may be experiencing some inter-organization turmoil. William Blanchard, a teacher in the districtwho has spoken out against D’Angelo as the BTA president in the past, bemoans the fact that you can’t vote for a new union president while negotiations are ongoing. He said at the meeting, “I’m imploring you guys to please not begin negotiating with [Alan D’Angelo], please. You’ve hamstrung us for 20 years. Let us have our time to have a fair election, which we have not had for 20 years. And that’s ridiculous. Please, do not start negotiations because it stops us from having an election for the president of our union.”

As part of a grant that Laura Craig, Supervisor of Special Programs for Bayonne High School, applied for and won, 100 juniors from BHS will attend a matinee performance of the Broadway hit, Hamilton, and attend a question and answers session after the show.
Students of the Bayonne School District may be in for $3 million in engineering scholarships after William Gawor, an electrician born and raised in Bayonne, left the donation in his handwritten will. Gawor died in October at the age of 97.
Also giving scholarships will be NJCU, who, after working with BHS students from the Academy of Health and Medical Sciences, is offering to further the program. “They like very much what has happened with our partnership with them,” said Schools Superintendent Patricia McGeehan.
McGeehan also announced that graduation rates for BHS in 2016 improved 4.31 percent from 2015 to 86 percent. “I’m proud to let you know that we are tied with Hoboken,” she said.