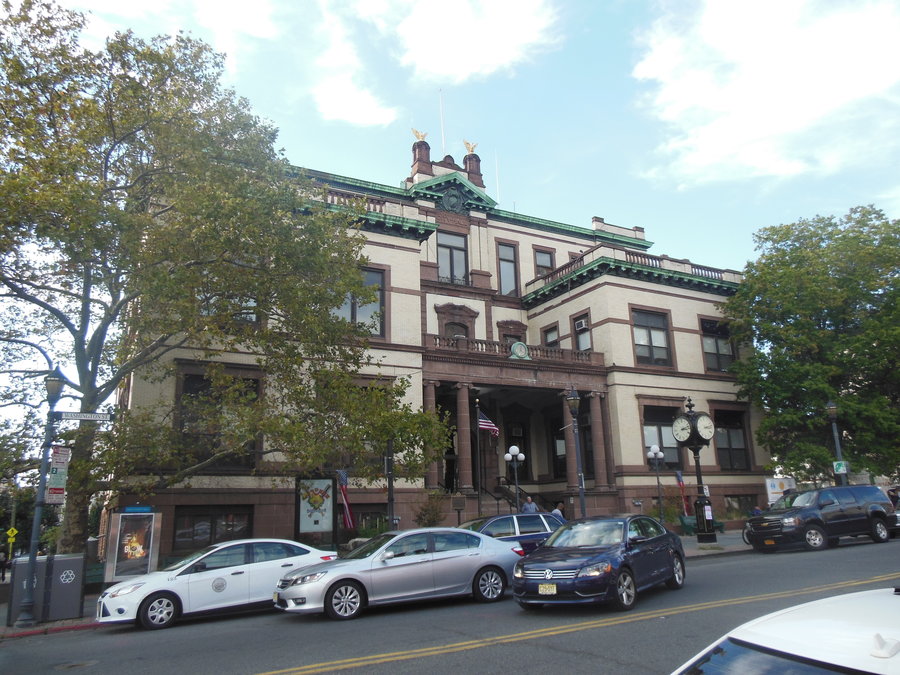 HOBOKEN — The City Council will decide, at its next meeting on Feb. 1, whether to it will authorize the city to use eminent domain to acquire land currently owned by Academy bus for the city’s Southwest Park. Academy has been fighting the proposal, which would allow the park to be 2 acres instead of 1.
The ordinance was introduced at the last council meeting, at which more than 30 people spoke.
By state law, municipalities can exercise eminent domain to seize private property for public purposes in exchange for paying fair-market value. If the two sides cannot agree on a price, a court can decide.
The use of eminent domain can be controversial, as it sometimes forces private owners to sell their land against their will, and is only to be used only in the public interest. In the past the city has approved the use of this tool in acquiring land for public parks.
The city acquired its first portion of land for the park in 2015: Block 12, bounded by Jackson Street, Observer Highway, Harrison Street, and Paterson Avenue. The administration acquired the land for about $4.5 million after a going to court with the former property owner; Manhattan based Ponte Equities, following an eminent domain condemnation. The property owner originally sought $8.4 million for the land.
Three million dollars of the cost have been paid for using a grant from the Hudson County Open Space Trust Fund, and the $1.4 million balance will be funded through the City’s Open Space Trust Fund.
At the time Mayor Dawn Zimmer said, “This result is a huge victory for Hoboken and its taxpayers. By using the eminent domain process, the city has been able to acquire the land needed to begin building the Southwest Park in the most cost-effective way, saving taxpayers millions of dollars. As a resident of the southwest I look forward to cutting the ribbon on this new park as soon as possible.”
Hoboken broke ground on the project In June of 2016.
Academy has said it believes its land to be worth $13 million but the city believes the land should cost about $4.7 million based on the amount per acre set by the jury as part of the Block 12 court decision.
In an April letter from Academy President Frank Tedesco, he said his bus company has been headquartered in Hoboken for 40 years and employs 440 workers. He said the company also generates $500,000 in property taxes per year, which the park would not.
He has said he’s willing to let some of the property go if they can redevelop the rest for housing and commercial space.
“I have given a great deal of thought to the city’s proposal to acquire a portion of our headquarters property at 111 Paterson Ave.,” Tedesco wrote in a letter to the mayor in April. “As an alternative, we are prepared to convey that portion of the property you identified for acquisition in your letters at no cost to the city in exchange for the city’s adoption of a redevelopment plan (or other acceptable mechanism) that would permit the mixed use development of the property on the remainder of our site for office, residential, and some retail uses.”
Although this letter was sent in April, it seems the parties have not made headway.
At the council meeting on Jan. 18, Academy bus Chief Operating Officer Thomas Scullin said the company has been in Hoboken for 40 years, employs residents, and “is a major driver of the local economy and significant payer of local taxes.”
“We are disappointed that the municipality has quickly decided to potentially take eminent domain action against Academy,” he said. “It is our hope that this action is not part of any election year posturing.”
He added that Academy feels they have been left out of negotiations and the company has worked with its neighbors to create a proposal which “if accepted would not only expedite development in the Southwest section of Hoboken, but would assure that a new community park is built quickly and at absolutely no cost to the local taxpayer.”
Approximately 35 people spoke on the matter at the last meeting.
Many of them wanted the council to use eminent domain.
One woman, Jenny Labendz, said, “Eminent domain is there to allow for purposes of the public good. It seems very obvious that this is what’s good for Hoboken.” She believes the park, which has water retention features built into its design, will help alleviate chronic flooding in the area.
A few members of the public spoke against eminent domain, including Hoboken resident Deno Bogdanos.
Bogdanos said, “Do you want to walk into negotiations and be a bully?” disagreeing with the council’s possible use of eminent domain. He asked the council to follow the model of negotiations used in creating open space on the west side of town with developer Larry Bijou.
He said it seems like the council believes that “These people are bad, evil, and we need a big stick to negotiate with them’.” He asked the council to table the ordinance for six months and try to negotiate.
Members of the public are invited to the council meeting on Feb. 1 to comment on the ordinance. The council meeting is scheduled to begin at 7 p.m. at City Hall at 94 Washington St.