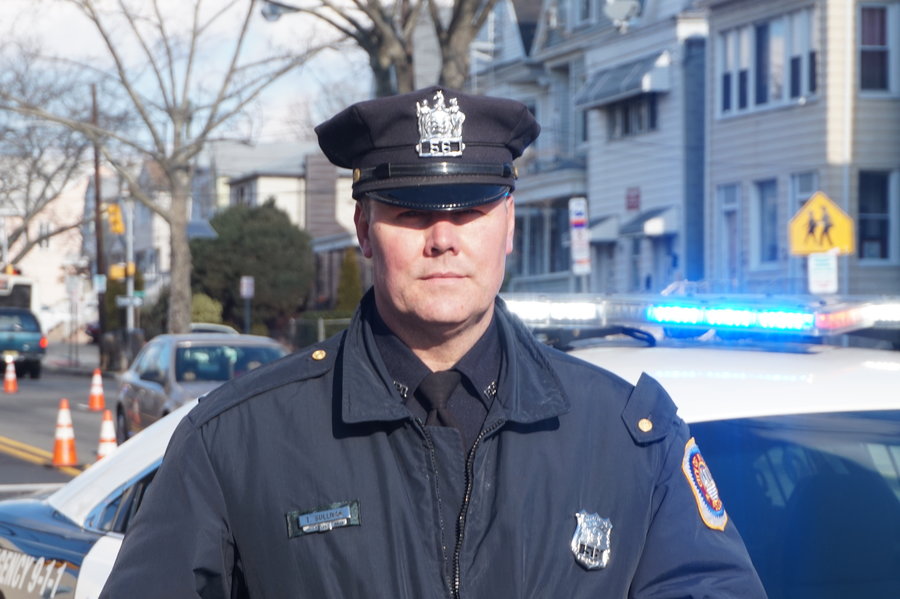 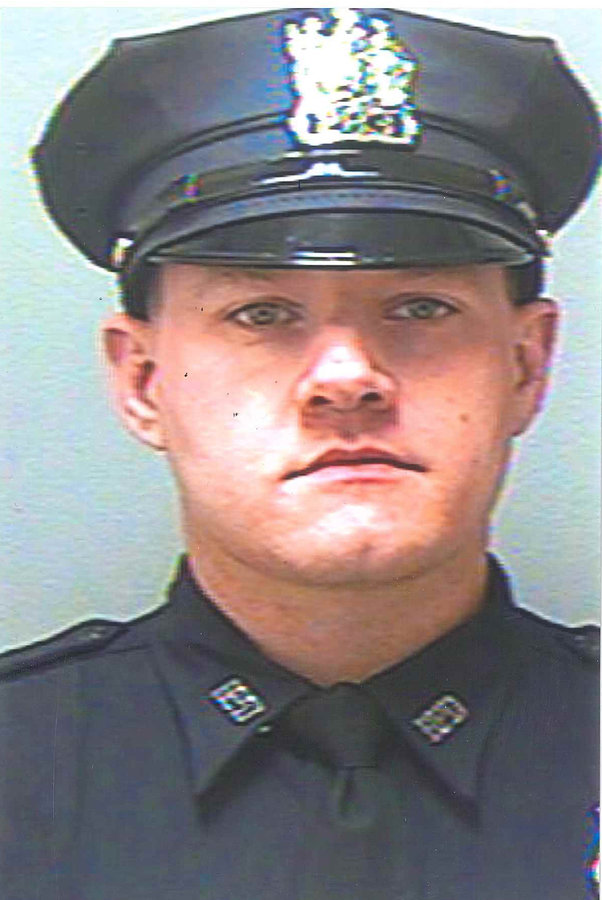 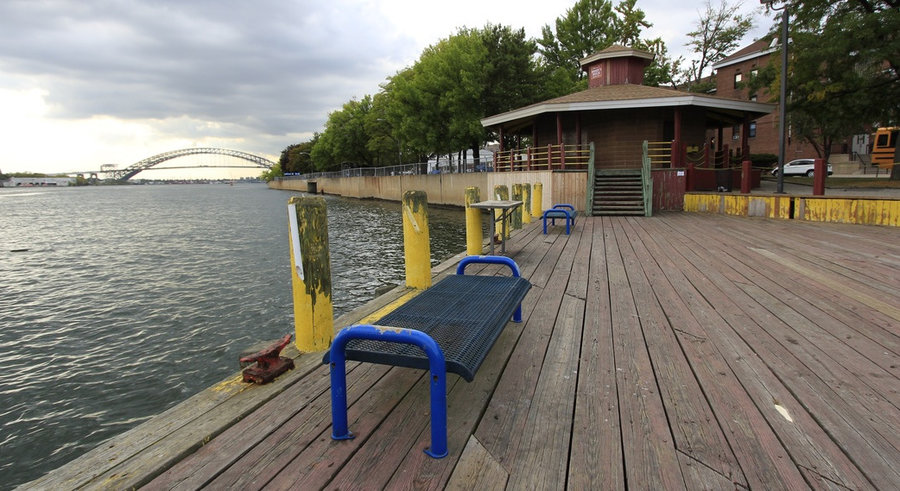 On a cloudy, cold morning on January 24, while being counseled by a Bayonne police officer, a young and distressed Jersey City man jumped off Brady’s Dock at the southern end of Bayonne into the Kill Van Kull in an attempted suicide. Without a thought, the two officers jumped in after him.
“He was telling me his life was over, nobody does anything for him, nobody helps him out,” said Officer Timothy Sullivan, who was talking to a 28-year-old man on a bench near the dock at around 8:30 a.m.
Officer Sullivan and Officer Jeffrey Kaiser responded to two earlier calls for a domestic issue involving the man, who was having problems with his cousins and sisters in an apartment complex near the dock, where his aunt lives. When responding to the third call, the officers found the distressed man walking along the shoreline.
“He asked me what’s going to happen when I jump in the water, because he doesn’t know how to swim,” said Sullivan. “I said the current is one of the strongest in the country. It’s treacherous water in there. I told him you’ll probably drown.”
“At that point, it seemed like we were going to end this how everybody wanted to end it originally, and he was going to go on his way,” said Officer Kaiser, who waited while Sullivan and the young man talked on the bench. “He started walking toward the stairs on First Street, and then in one quick motion he tossed his hat and made the quickest u-turn and started running [toward the water.]”

“‘It’s my life,’ he said. He was crying,” said Sullivan. “He jumped in the water. I couldn’t believe it. He went right under, and I thought the current took him out. I wasn’t thinking, and I just jumped right in the water … I don’t know how I even found him, because the water was dark. There’s a strong undercurrent right there, and I just got lucky and grabbed him. Then Jeff [Kaiser] does a swan dive off the dock into the water and then grabs hold of me because I was going under with him because the current was so strong.”
“I don’t know what made him jump in there,” said Sullivan. “I know why we did it, because that’s what we’re supposed to do. I just wanted to save him, that’s it. I don’t know how else to put it. I think he was just too young to die.”
The two officers successfully removed the man from the water, but they remained in the sub-40-degree water for a full five minutes before the Bayonne Fire Department was able to rescue them with a ladder, because they were both too waterlogged to be pulled out.

Waiting at the dock were residents of the apartment complex, the family of the troubled man included, who came out with blankets and jackets to help keep them warm while waiting for the ambulance.
“The weight of the blankets they brought out from their own homes to cover me up was crushing my lungs,” said Sullivan. “One of the women actually came to lay on top of me.” Those residents came down to the hospital to visit the officers.
The man and the officers were treated for hypothermia at Bayonne Medical Center. Sullivan returned to duty the next day, the blue dye from his uniform faded from the water. Kaiser was released the same day, but the hypothermia hit him harder, and he was out of commission for a week. No charges were filed.
“The fire department did an excellent job, and the police department did an excellent job,” said Sullivan. “I’ve never seen such great cooperation.”
Sullivan said the man who was rescued expressed appreciation for the “teamwork between the fire department and the police department.”
“He said we were the gatekeepers to heaven,” said Sullivan.

“He started walking toward the stairs on First Street, and then in one quick motion he tossed his hat and made the quickest u-turn and started running [toward the water.]” – Officer Jeffrey Kaiser
____________

Training is never documented in the stories of comic book heroes. But in real life, super powers are learned. Even if the man who jumped into the water didn’t know it, he was in safe hands all along. Sullivan, who is retiring in six weeks after 25 years of service, was trained in crisis negotiation by the FBI and is a youth mentor for the Guardian Foundation. Officer Kaiser was both a Marine and an EMS with McCabe Ambulance Service.
Sullivan’s mentoring and crisis negotiation training enabled him to help the disturbed man, but did not prevent him from jumping. Sullivan said every police officer should have mental health training as well as crisis negotiating training.
In the U.S., men die by suicide 3.5 times more often than women, according to the American Foundation for Suicide Prevention, and suicide is the second leading cause of death for males ages 10-36, according to the Centers for Disease Control and Prevention, trailing only unintentional injury. And the rate is climbing year after year. In 2014, there were more than twice as many suicides as there were homicides.
Add the unemployment rate and a general lack of opportunity for many young men, and the feeling of helplessness becomes palpable. African-American men over 20, like the man who attempted suicide in the Kill Van Kull, are unemployed at a rate of 7.6 percent in NJ, 3.4 percentage points higher than their white male counterparts, and 2.7 points higher than the national average, according to the U.S. Bureau of Labor Statistics. When the man said that “nobody helps him out,” he may not be so off base.
“I wish I could just talk to them more and tell them how important school is,” Sullivan said. “I felt so bad for him that he wanted to take his life. He’s only 28 years old. There’s more to life than taking your own. They just don’t know what’s out there for them.”
Having worked as an EMS, Kaiser is familiar with the mental health crisis. “There are mental health problems in any community,” he said. “And there’s a lot more options for people [for treatment] than there used to be. Because it’s becoming more commonplace, it may not carry the stigma that would cause people not to seek treatment.”