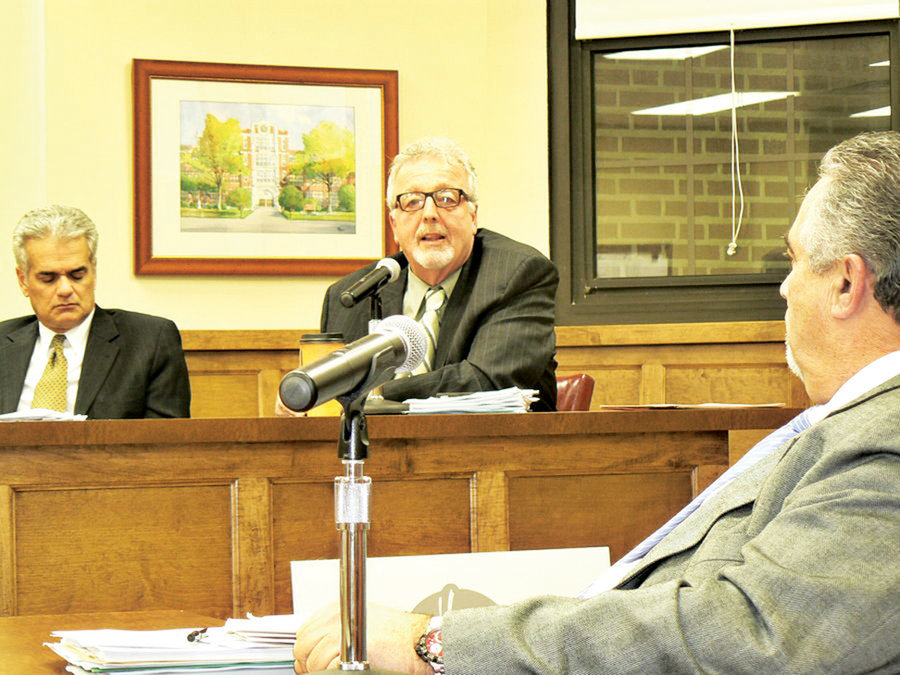 Superintendent Dr. Patricia McGeehan and Business Administrator Leo Smith visited the NJ Assembly’s Education Committee in Hackensack on Wednesday, February 1 to present the Bayonne School District’s perspective on the state’s school funding formula, which the state legislature is negotiating this year. The hearing was one of four that Assembly Speaker Vincent Prieto arranged when he and Senate President Steve Sweeney could not agree on a formula. Sweeney’s proposed plan called to phase out state aid to districts and put a cap on districts whose enrollment has changed dramatically in the last five years, which would hurt Jersey City and Hoboken, districts, which Prieto represents in the Assembly. At an event at Bayonne High School in May, Sweeney said he’s hoping for an increase of about $50 million in state aid to the Bayonne School District, nearly doubling the amount it currently gets (about $54 million in state aid for the 2016-2017 school year). Since then, the Assembly has held its own committee hearing independently of the State Senate. Click here for more.

At a January meeting, the City Council introduced a resolution to be voted on at the council meeting on February 15, which would give a 25-year tax abatement to a ten-story development on 46th Street and Broadway – where Resnick’s Hardware currently stands. Tax abatements, or PILOTs (payment in lieu of taxes) are designed to incentivize development by making it more profitable for developers to build, and stay there without the burden of taxes. If passed, the developer would forego traditional property taxes, which are distributed to the school district, the city, and the county, and instead make annual payments – 95 percent to the city and 5 percent to the county.Often, cities looking to attract developers issue PILOTs. They make it easier for the business entity investing in real estate to plan its costs and turn a profit. Click here for more.

The status of each of Hudson County’s most influential people rises and falls from year to year. Influence can mean different things, not only political power. Artists, activists, and not-for-profits influence the lives of the public over the course of the year. Each January, our editorial staff spends several meetings ranking the county’s most influential people. This is our fifth annual list. Last year saw dramatic changes in nearly every way – shifts in influence, scandals, and truces – setting the stage for events that are to unfold in 2017. Click here for more.

Chorus to perform at Teardrop Memorial this Saturday