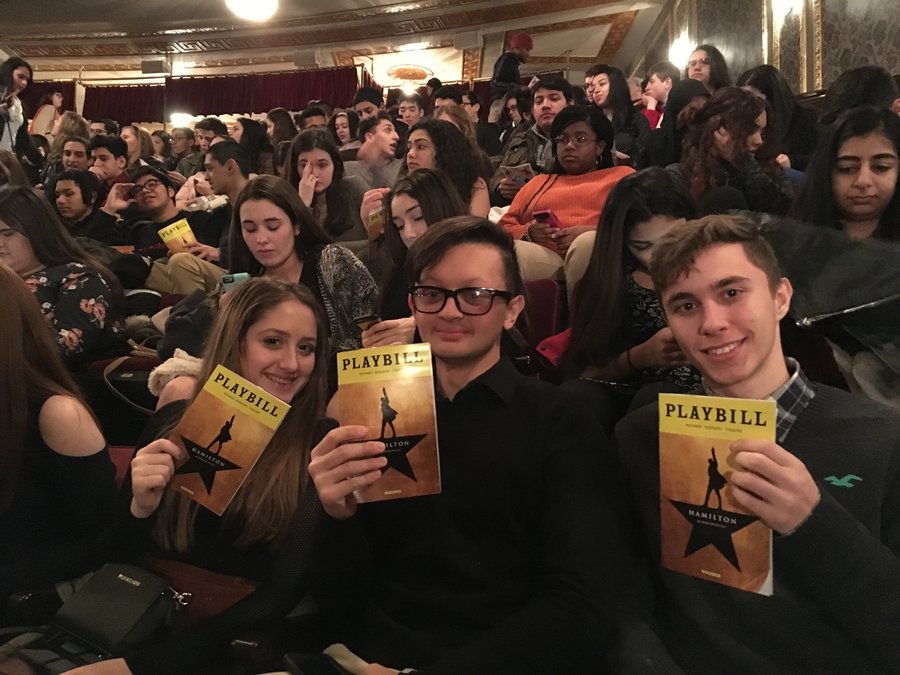 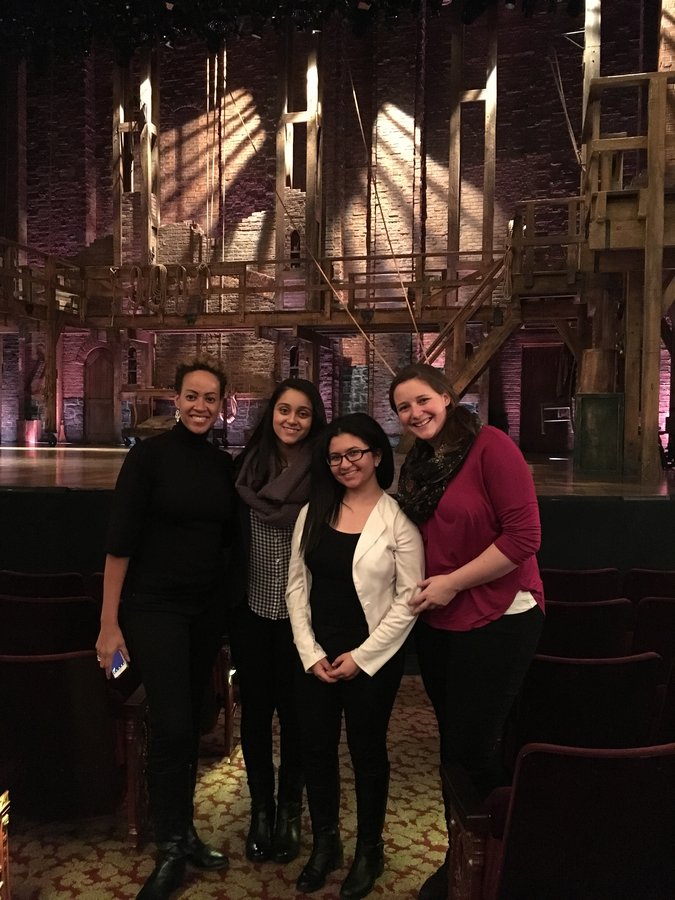 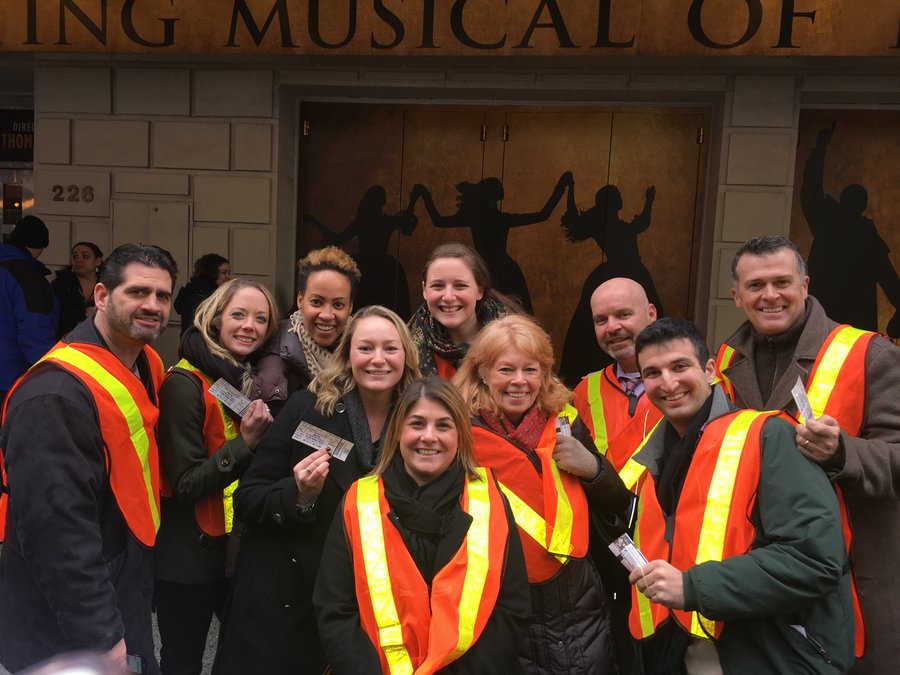 One hundred eleventh-grade students in the Academy for Fine Arts and Academics at Bayonne High School spent the day on Wednesday, Feb. 15 at the Richard Rodgers Theatre in Manhattan to see a matinee showing of the hit musical, “Hamilton” for $10 per ticket.
The excursion was courtesy of the Hamilton Education Grant Program, an educational initiative administered by the Gilder Lehrman Institute of American History, with the help of a $1.46 million grant by the Rockefeller Foundation that runs from 2016 to 2017 and aims to provide 20,000 area students the opportunity to see “Hamilton” and integrate the play into classroom studies.
History teachers James Murphy, Keri Toomey, Neil Carroll, and Jessica Mintz worked with musical theater teacher Lori Alexander to present a three-day lesson using curriculum and materials provided by the Gilder Lehrman Institute.
Students learned about the Founding Fathers era in depth before seeing the play, then worked individually or in pairs to write original performance pieces, including poems, raps, monologues, and dramatic scenes to be submitted to the institute.
One student piece was selected to be shared with the institute and performed on stage at the Richard Rodgers Theater. Written and performed by Abigail Isaac and Kermena Abdallah, the poem is about the life of Elizabeth Schuyler, the wife of Alexander Hamilton.
The two students performed their poem for more than 1,500 students and staff from participating schools. The girls met cast and crew members of “Hamilton.”
Students enjoyed a pizza lunch at the famous John’s Pizzeria in Midtown, where they met Broadway actors Joey Sorge (currently performing in “A Bronx Tale”), and Gregory Treco (current cast member of “Hamilton”), and then returned to the Richard Rodgers.
In addition to completing the grant application for their students, Lori Alexander and Jessica Mintz oversaw the curriculum, preparations, and details of the grant program and field trip.
“’Hamilton’ was amazing, but more importantly the EduHam program transformed some of our students’ lives yesterday,” said Dan Ward, Director of History at the Bayonne School District. “So look out world because the next Lin Manuel Miranda is coming for you, and she’s from Bayonne.”

Laura Craig, Supervisor of Special Programs and Coordinator of the Academy for Fine Arts and Academics, thanked her staff for organizing the event.She said the teachers organized the curriculum and event “with enthusiasm and expertise.”
“They provided our students with a truly once-in-a-lifetime experience that they will never forget,” she said.
This is the poem that Abigail Isaac and Kermena Abdallah read on stage at the Richard Rodgers Theater as part of the interdisciplinary curriculum:

“Elizabeth Schuyler, in 1780, became a wife
However, when in 1804 she was bereft of her husband, she began a new life
From her father’s house she had learned to believe,
That through being a woman of fortitude, anything she could achieve
And in regarding this as true, she would succeed until her last day.
Elizabeth Schuyler, in 1780, became a wife
In the eve of her life, taking Alexander’s advice
She served God above all
Becoming an “object” of “veneration” for all who would recall
Her loyalty and her truth that persisted until her death on a Thursday.”