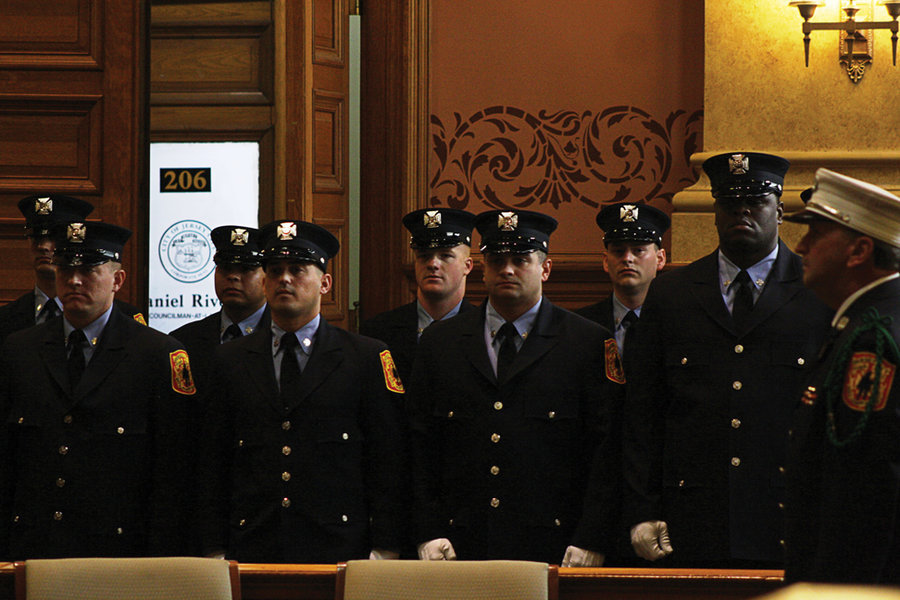 JERSEY CITY – Mayor Steven Fulop and Public Safety Director James Shea announced today the appointment of Steven J. McGill as the provisional Chief of the Jersey City Fire Department.
McGill, a resident of the Jersey City Heights, has served in the Jersey City Fire Department for 30 years, first becoming a line firefighter in 1987. He will oversee the fire department of 587 firefighters.
“We welcome Chief McGill to the position and know with his experience, training and education, he will serve as an outstanding leader for the men and women of the Jersey City Fire Department,” said Mayor Fulop. “We look forward to working together to continue to modernize the department and deliver the highest level of public safety to our residents.”
The appointment comes following an application and interview process following the retirement of Fire Chief Darren Rivers, who retired at the end of February.
McGill has served as deputy chief for approximately a year and prior to that served as Battalion Chief for six years, overseeing the busy fourth battalion. He has also served as the department liaison to the Office of Emergency Management and as the assistant Fire Director. McGill is also a certified arson investigator.
“I am humbled and honored to be named Chief of the finest fire department in the state of New Jersey,” said Chief McGill. “As a lifelong resident of Jersey City, I will work closely with the men and women of the fire service and residents of the city to maintain the high level of service and professional that exists and improve upon it.”
McGill, who becomes Chief at 4 p.m. today, also holds a Masters Degree in Fire Protection Management from John Jay College of Criminal Justice and a Bachelor of Arts from Seton Hall University.