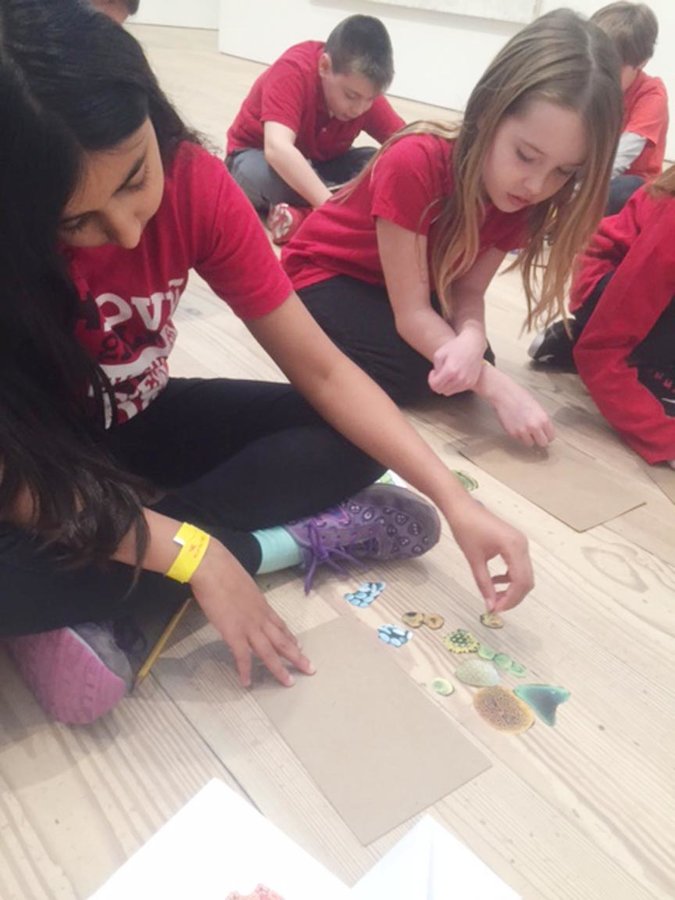 1 / 2
Fourth Grade students at All Saints Episcopal Day School visited the Whitney to learn about "The Artist as Observer." Students observed art before making sketches of their own, which were then used to make detailed ink prints. 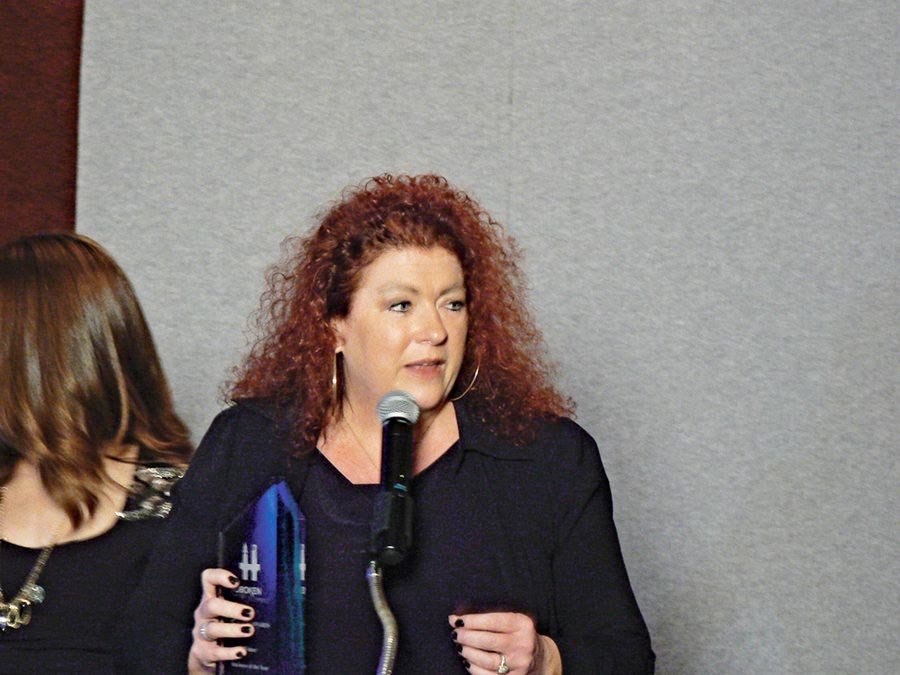 1 / 2
Fourth Grade students at All Saints Episcopal Day School visited the Whitney to learn about "The Artist as Observer." Students observed art before making sketches of their own, which were then used to make detailed ink prints.

Nicholas was the alleged driver of a black Cadillac Escalade that struck and killed Zachary Simmons on the corner of Willow and Sixth Streets in Hoboken on Jun. 25 last year.

Simmons, a 21-year-old from Ramsey, was struck at approximately 3:30 a.m. The Ramsey High School graduate was the cousin of recent Philadelphia 76ers draft pick Ben Simmons.

Nicholas is scheduled to be arraigned in Superior Court in Hudson County on March 13.

Local businesswoman Karen Nason, who has lived in Hoboken for seven years, has announced she will run for mayor this year.

Nason, owner of Hoboken Hot House, said she has a fundraiser scheduled for April that will include powerful women speakers and performances from Jonathan Edwards.

Nason, who had endorsed Mayor Dawn Zimmer four years ago during her second run, said she filed financial reporting forms with the state last week and plans to file with the city in April when the forms become available.

Nason was honored by the Hoboken Chamber of Commerce in 2014 for Best New Business of the Year. “There are many issues which I will discuss during my campaign,” Nason said, “but one of the most important is small businesses. I should have competition everywhere on Monroe Street.”

Nason added there are “more than 48 vacant stores on Washington Street,” and City Hall has a policy of being “anti-small business” and “harassment through the zoning board.”

Nason was the subject of one of the Reporter stories last year about business owners fighting City Hall. She owned local café and event space FUSE, which opened in 2015 at 256 Newark St. for locals to host bridal showers, birthday parties, and other types of events. The café became entangled in a battle with city hall after receiving a cease and desist letter.

When she followed up with the city, she was told that she could only host public events, rather than private events.

“I think a lot of change has got to happen,” said Nason. “Hoboken is awesome already but it could be so much better.”

Arrests were back down during a chilly Hoboken LepreCon

The annual bar crawl held the first Saturday in March in Hoboken was still busy despite 22 degree temperatures, but things calmed down by nightfall as the wind picked up. On Sunday morning, Police Chief Ken Ferrante tweeted that from 8 a.m. Saturday until 4 a.m. Sunday morning, there were 477 calls for service, up from 432 last year.

“But that had a lot to do with officers being proactive and taking care of issues before they escalated,” he said. He said it was easier to see the issues because of “diminished crowd sizes and traffic related issues.”

Twenty-eight people went to hospitals, down from 35 last year. 31 summonses were issued, down from 54, mostly for drinking, urination, and criminal mischief. There were 11 arrests, down from 15 last year, including two simple assault, two obstruction, two DWI, four fights, one resisting arrest.

No sexual assaults, complaints against police officers, or police injuries were reported this year.

Police Chief Ferrante sent Tweets to thank to his officers, as well as the other departments and agencies that helped out.

While organizers say the name “LepreCon” has been retired, it’s still mentioned on some of the crawl websites for this year.

Ferrante had said before the event that taxpayers may pay more than $100,000 in police costs for the day. In some other areas, the towns mandate that bar crawl promoters kick in funds.

According to a press release, the bill would allow a municipality to establish a regulatory framework by way of ordinance through which proprietors of commercial establishments can participate in events jointly organized on the Internet.

The regulatory framework may include a registration fee based on the expected number of participants in the event.

The bill was approved by the Assembly State and Local Government Committee and would take effect immediately upon enactment.

Over 100 residents and yoga practitioners are expected to come together on Sunday March 12 to raise money and awareness to support veterans and their families through a Veterans Yoga Project (VYP) fundraiser to be held at Stevens Institute of Technology in Hoboken.

The fundraiser offers participants a chance to meet Veterans Yoga Project founder Dr. Daniel Libby and learn how yoga and other VYP programs can help veterans and their families. Attendees can also enjoy a yoga class taught by veterans and light refreshments.

All proceeds from the event will go to support the Veterans Yoga Project.

Since its inception, the VYP has helped thousands of veterans and their families reduce stress, ease pain, and release traumatic imprints that negatively impact their lives through Mindful Yoga Therapy classes and multi-day retreats.

The VYP’s work is said to have a significant and positive impact on veterans suffering from Post-Traumatic Stress Disorder (PTSD) to depression and certain physical injuries.

The event is the third annual VYP fundraiser to be held in Hoboken. The first came in 2014 in response to a request from the group to conduct fundraisers nationally during Veterans Gratitude Week.

The fundraiser will be held in Walker Gymnasium at Stevens Institute of Technology from 11 a.m. to 1:30 p.m. Minimum asking donation is $25. Please register or donate at www.tinyurl.com/vypcamaign. To learn more, please visit www.veteransyogaproject.org.

According to Rock 21 board member and resident Tara Stauber, “On this day, schools and businesses across the world honor and celebrate individuals with Down Syndrome.”

Rock the 21 is a not-for-profit, organization dedicated to celebrating and supporting individuals with Down Syndrome, and to educating, and further fostering social awareness.

The global awareness day has been officially observed by the United Nations on March 21 for this reason since 2012.

Darkly humorous and charged with emotion, “Betrayal” explores marriage and infidelity among the entangled trio of Robert, Emma, and Jerry.

Robert and Jerry are best friends and partners in a publishing firm but an affair between Emma (Robert’s wife) and Jerry creates a tense world of deception and mistrust.

“It has been a long-standing dream of mine to direct this piece,” said Artistic Director Chris O’Connor. “This is one of the Nobel Prize-winning Harold Pinter’s masterworks.”

The improved bond rating results in tangible savings for taxpayers.

Last week, the city issued $11.3 million in bonds which, based on industry data, could have cost more than $750,000 more in interest over the life of the issue with the prior bond rating.

In 2008, Moody’s issued a Baa3 rating (the S&P equivalent of BBB-), one notch above junk bond status, to hospital bonds guaranteed by the City of Hoboken.

That same year, the state of New Jersey appointed a fiscal monitor to take over management of the city.

“By 2013, as a result of the success of the financial overhaul implemented by the Zimmer Administration and City Council, S&P upgraded the city to its second highest credit rating, a AA+ rating,” stated the release.

“Improving Hoboken’s credit rating from just above junk bond status to AA+ is one of my proudest accomplishments,” said Mayor Dawn Zimmer. “Working with the City Council to pass responsible budgets, we are now on a strong financial footing, allowing us to invest in our infrastructure and build a second flood pump, renovate Washington Street, install backup generators for our first responders, create new parks that alleviate flooding, upgrade our water main system, and much more. Staying on this fiscally responsible course will allow us to continue to make the investments we need, including millions of dollars annually to upgrade our water system.”