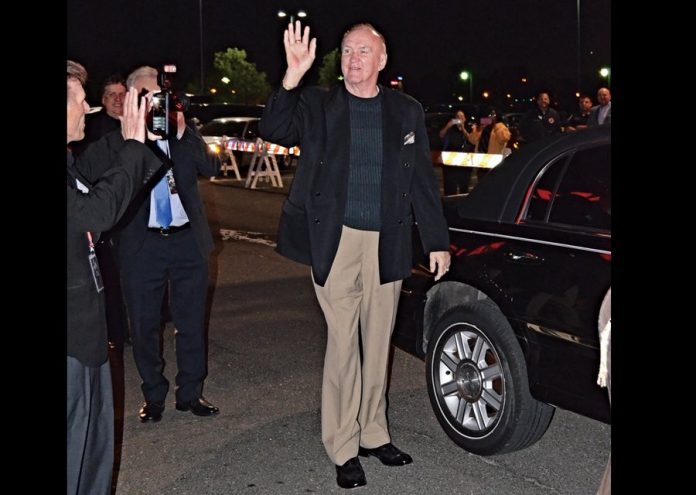 In Chuck Wepner’s famous fight against Muhammad Ali, he didn’t win the fight, but he knocked the greatest boxer of all time to the ground. Could a full-feature, star-studded biopic about Bayonne’s own bloody boxing hero be far behind? On Friday, May 12, “Chuck” premiered at Frank’s Theatres, with Chuck himself in attendance. The film tells the story of Wepner’s 15-round match against Ali in 1975, and the burden of fame in the years following.
The film, directed by Philippe Falardeau, starring Liev Shreiber as Wepner and Naomi Watts as his wife, Linda, opened with an image of the Bayonne Bridge, inviting applause from the crowd, which also gave the film a standing ovation.
“Chuck” received very positive reviews after it originally premiered at the Tribeca Film Festival on April 29 and released nationwide on May 5.