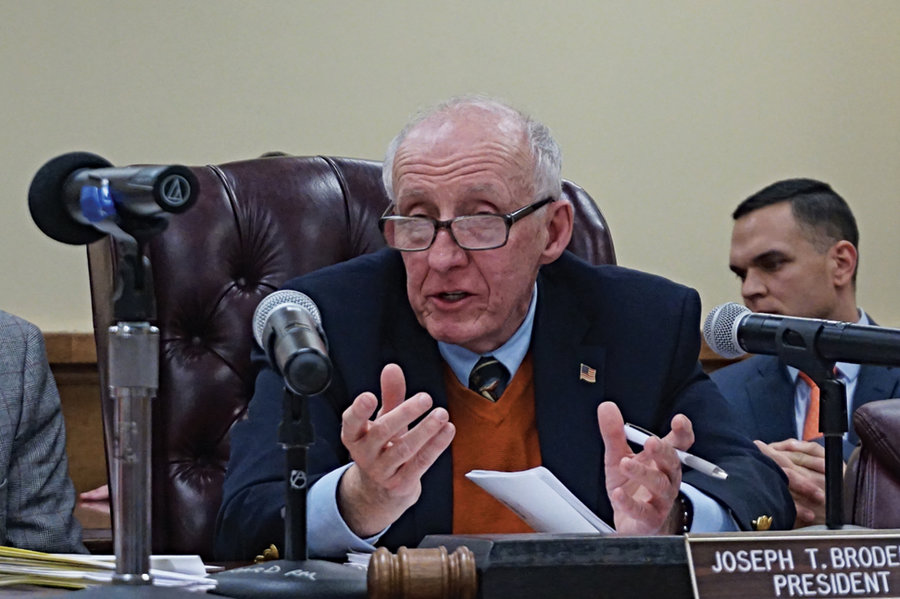 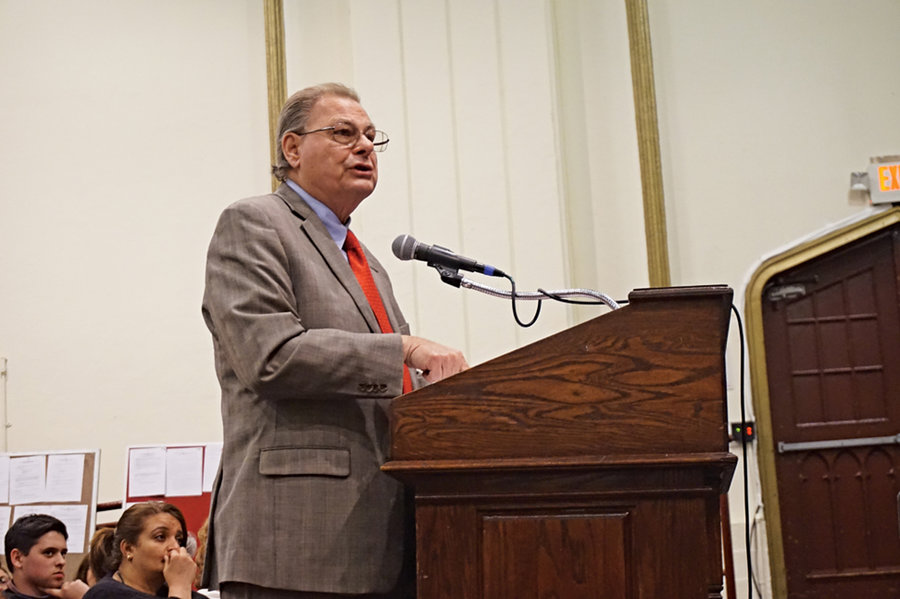 The Bayonne Board of Education’s (BBOED) May meeting was cancelled last week while the district juggles managing a fiscal crisis and a 10,000-student operation. As of now, 183 fewer faculty members will be returning in September after the BBOED instituted rounds of layoffs to help alleviate a $6 million budget deficit unearthed in November. On top of a crisis that threatens the livelihoods of teachers and the quality of education for thousands of students, the teachers’ union contract expires on June 30, leaving the Bayonne Teachers Association (BTA) with less bargaining power than ever.
“To talk about a contract at the same time when you’re letting people go is difficult,” said BBOED President Joseph Broderick. “We’ll be negotiating and we’ll be talking, and hopefully something gets changed. But at this moment, I don’t see anything that positive happening.”
The last teachers’ contract was signed in January after 18 months of negotiations. The deal was a two-year retroactive agreement that applied to both the 2015-2016 school year and the 2016-2017 school year. The contract includes a 2.62 percent raise in teacher salaries the first year, and 3.35 percent in the second.
“We’re stuck because if they said we don’t have any money and they have a deficit, that’s a major problem,” said BTA President Alan D’Angelo.Unions and their employers are supposed to strike contracts before expiration, but that rarely happens. The BTA was in negotiations with the BBOEDfor 18 months before a contract was reached. Large gap periods between contracts, where union members negotiate terms of the work they already did and are currently doing, are becoming commonplace across the state. Meanwhile, the teacher pay gap continues to widen (between teachers pay and the pay of workers with similar education).
“We originally wanted to get [a drafted contract] out before the summer break but that’s not going to happen now,” D’Angelo said.
Teachers who previously hoped for a contract and retroactive pay in time for 2016 Christmas shopping were disappointed. They’re still waiting for that retroactive pay they were owed from the 18-month gap during which the teachers worked without a contract. Since the contract was signed in January, the board has promised that retroactive payments would be made by early July.“I ask [the board] on a regular basis, and the board president told us they would [pay the retroactive payments by July 3],” said D’Angelo. “But unfortunately, with this situation things can change on a daily basis.”
The BBOED, at the behest of the NJ Department of Education, has voted to increase the property tax levy of 5.62 percent, for an average of $150 per home, to help pay for operating costs and alleviate the budget deficit.

“We’re stuck because if they said we don’t have any money and they have a deficit, that’s a major problem.” BTA President Alan D’Angelo
____________

Quality of education at risk

D’Angelo, many teachers, and board members are concerned that teacher layoffs will hurt the quality of education in Bayonne. The same number of students, if not more, is expected to attend school in the Bayonne School District in September. If the board is unable to hire back enough teachers, class sizes will go up. “In my estimation, it would be impossible to open in September without those teachers,” said D’Angelo, who hopes the district can hire back all of the roughly 170 teachers that were laid off. “It certainly creates a problem for me, and the 170 people without a job. They can consolidate some classes, but then you have large class sizes, which are not good education policy.”

Laid-off teachers are faced with the challenge of finding new teaching jobs. “For some of them, depending on the discipline, it’s not so easy to find other jobs,” said D’Angelo, who also is concerned for the district’s ability to attract good teachers. “It makes it very hard to attract talent. Now, they’re going to be stuck with the problem of recruiting people to try to fill those spots.”
While a forensic audit is underway to uncover the origins of the fiscal crisis, the cost of running the school district continues to rise. “At the moment, insurance is being covered, but in the future, you have to realize the chances are [rates] will go up again,” said Broderick. “These are the things that you talk about but that you can’t control.” In determining the number of layoffs to make, the BBOED considers each teacher’s “full-time equivalency,” which equals the cost of a teacher’s salary and insurance.

It Takes a City