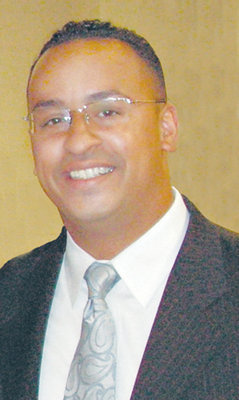 HOBOKEN — Joon H. Kim, the Acting United States Attorney for the Southern District of New York, announced in a press release that a federal jury had found former Hoboken Council President and attorney Christopher Campos, age 40, guilty of bank and wire fraud and conspiracy to commit bank and wire fraud.

Campos was charged in 2016. “Campos and his co-conspirators fraudulently obtained millions of dollars in car loans by using at least 20 straw buyers to acquire more than 200 new automobiles based on false representations that, among other things, the straw buyers would use the cars for their personal use when, in truth and in fact Campos and his co-conspirators obtained the vehicles in order to lease as livery cabs,” sates the release.

Campo’s co-defendant, Julio Alvarez, pleaded guilty to bank and wire fraud and conspiracy to commit bank and wire fraud on June 9 and he will be sentenced on Sept. 8.
“As a unanimous jury found, Christopher Campos, an attorney and former Hoboken City Council president, defrauded lenders out of millions of dollars,” said Kim. “He recruited straw buyers to obtain loans for cars supposedly for ‘personal use,’ when in fact they made up a fleet of over 200 vehicles Campos and his co-conspirators leased to livery drivers. Campos now awaits sentencing for this massive fraud.”

In total, the scheme carried out by Campos (a Hoboken native who now lives in Palisades Park), Alvarez, and others involved at least approximately 20 straw buyers, the purchase of more than approximately 200 new vehicles, and more than $7 million in fraudulently obtained loans from a variety of financial institutions.