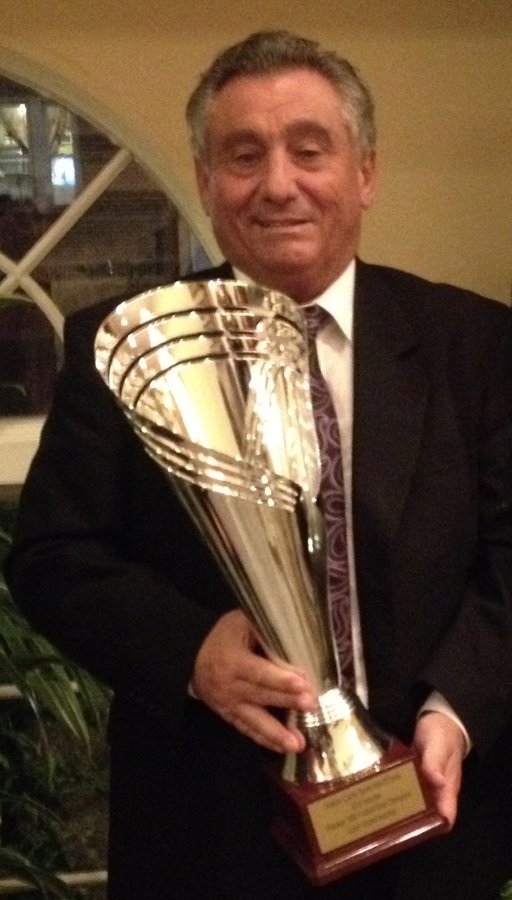 A funeral mass was offered June 22 at St. Ann’s RC Church, Hoboken, for Carmine Ronga, 66, of Rutherford, formerly of Hoboken. He passed away peacefully surrounded by his family on Sunday, June 18. He was born to Joseph and Anna (nee Pasquale). He is survived by his wife of 24 years Margaret Ann (nee Iannacconi). He was father to Joshua, Melissa and Angelica Ann Ronga; stepfather to Jason Ripke, (wife Jamie), father to Matthew Fusco, and “Papa Nooch” to his grandchildren Maya and Shane Ripke. His best buddy “Molly Girl” will sadly miss him.
He also leaves to mourn his passing a brother, James Ronga, (wife Janet), nephews Joseph and Jonathan, niece Lisa, his favorite Aunt Dolores Cospito and a host of cousins.
As head coach of the “Young Dems” in 1970, he set a new standard for girls by being the first coach in the history of Little League baseball to break the gender barrier by having a girl on his team, Maria Pepe, the first girl ever to play Little League baseball.
Carmine began working for the Hoboken Board of Education in 1976 and retired from teaching and coaching in 2014. During his thirty-eight years, he served the children of Hoboken as a computer teacher, disciplinarian, director of school safety and security, and dean of students.
His “Redwing” coaching career began as defensive varsity football coach, head varsity baseball coach, and head freshman football coach.
In 1993 he became the girl’s head varsity softball coach, and developed a physical fitness and strength training program for female athletes.
In the fall of 1995, he was initiated as head coach as the first girls varsity soccer team in the history of Hoboken High School. In the year 2000, he was the originator and coordinator of the girl’s summer and fall softball league, girl’s summer travel softball team, and the women’s softball league for The Hoboken Department of Recreation.
Carmine’s lifetime achievements included, but were not limited to, being the first inductee in the Hoboken/Demarest High School Hall of Fame for outstanding accomplishments as both coach and player in 2002, and the HCIAA Girls Varsity Softball Coach of the Year for 1994, 1995, 1998, and 2002. His greatest accomplishment was becoming an inductee of the Hudson County Hall of Fame for being the one and only 1966 Group 4 State Championship Team in the history of Hoboken High School under the legendary Coach Vincent Ascolese.
Carmine was a member of the Hoboken BPO Elk’s Lodge 74, Hudson County Baseball Umpires Association, Fifth Quarter Club, Hoboken Young Democrats, The Hoboken Education Association, and the HCIAA Executive Softball Committee. He also was an avid supporter of Alpha Sigma Alpha and their philanthropies.
After retiring from Hoboken, he became head coach for the girl’s varsity softball team at Harrison High School in 2015 and assistant coach for varsity football in 2014.
Services arranged by the Failla-McKnight Memorial Home, Hoboken.