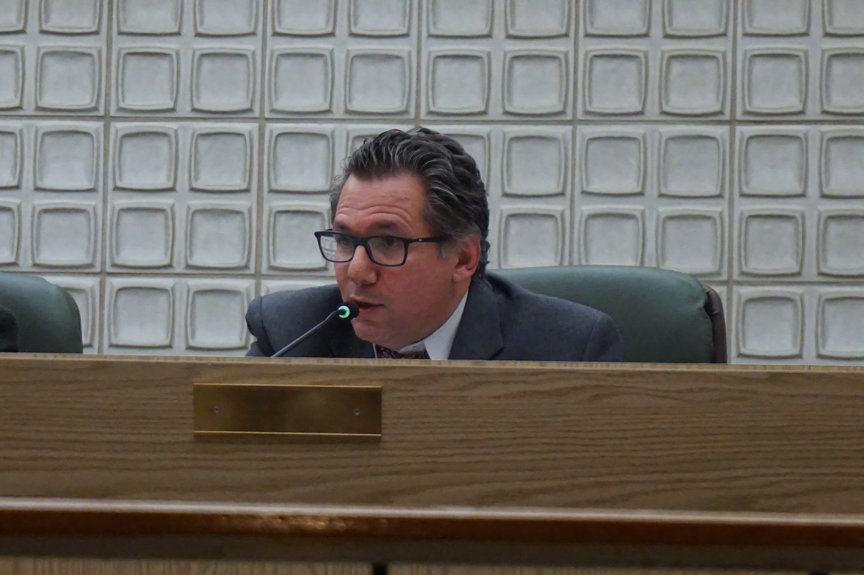 A legal complaint originally filed in April by community activist Mike Morris and Peter Cresci against the City of Bayonne for violating a local residency ordinance will continue, according to a summary judgment issued on Tuesday, June 20 by a judge overseeing the matter. A number of the defendants named in the complaint, however, were dismissed by the judge because the statute specifically names their positions as exemptions to the rule. The legal complaint contends that employees in violation of the statute should either be forced to quit or move to Bayonne.
Most notably, the judge allowed the suit to continue against Business Administrator and Bernardsville resident, Joe DeMarco. Defendants in the case will be heard at trial on July 7.
Now that the suit will continue, the city can either force DeMarco to live in Bayonne or pass a resolution identifying the special skills that justified the city’s hiring selection. Either would theoretically comply with the law.
_____________

Municipalities rarely enforce residency requirements, especially for senior staff.
____________
After Morris dropped his complaint in late May, former business administrator and local attorney Peter Cresci continued the effort. The judge ruled that Cresci has standing to continue the fight after objection from the city, according to Bayonne Law Director John Coffey III, who was dismissed as a defendant in the case due to his position as law director.
The ordinance (20-16.1) on which the complaint is based is pliable, acknowledging that if the City deems the local pool of applicants insufficient, it should look elsewhere according to a list of preferences, which includes Hudson County residents, residents of counties contiguous to Hudson County, and the state.
Police officers, firefighters, and teachers are already legally exempt from local residency requirements. Municipalities rarely enforce residency requirements, especially for senior staff. The system that allows mayors to appoint much of the senior staff usually results in mostly local employees.
The argument for a stricter interpretation of the ordinance is twofold: that residency promotes responsibility and accountability, and that the local economy would benefit by residents spending their salaries in Bayonne.

Residency complaints are as rare as the statute’s enforcement, according to law directors and business administrators throughout the county. That an attorney filing the complaint, e.g. Cresci, named at least nine employees that are explicitly exempt from the statute is puzzling.
Only two are not exempt from the statute. One will have to live in Bayonne. The other, Business Administrator Joe DeMarco, is the only senior staff member at City Hall who is left vulnerable to the statute. DeMarco, who could not comment on active litigation, has long been a target for opponents of the Davis administration, such as those filing the complaint. DeMarco’s residency may be his opponents’ lowest-hanging fruit. The worst-case scenario for DeMarco may be that he be required to live in Bayonne. In the best case, the city council will confirm his skill set as necessary for the job, regardless of where he lives.