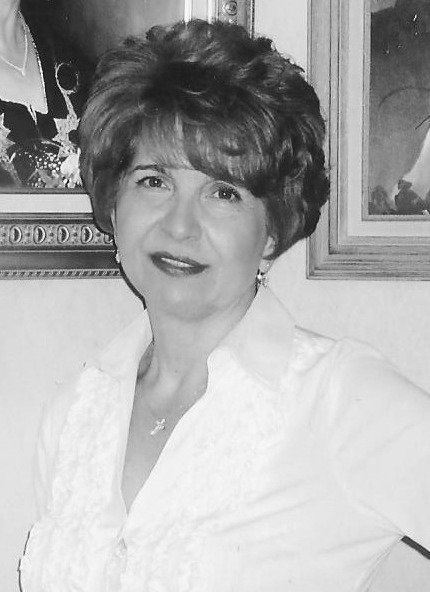 A funeral mass celebrating the life of Mary Valastro-Piccinch, 69, of Hoboken, formerly of Little Ferry, took place June 27 at St. Joseph’s Church, Jersey City. She passed away on June 22 surrounded by her adoring family. Born in Altamura, Bari, Italy, Mary traveled to the United States with her parents, Nicola and Maddalena Tubito, where she lived with her siblings. A longtime resident of Hoboken, Mary was employed by the now famed Carlo’s Bakery, where she met her first husband, Bartolo “Buddy” Valastro Sr. The pair would go on to welcome five children: Grace, Maddalena, Mary, Lisa and Bartolo “Buddy” Valastro.
Mary and Buddy Sr. became the proud owners of Carlo’s Bakery in 1964. With the bakery acting as a staple in Hoboken, Mary and Buddy Sr. quickly became pillars of the community. Most known for her larger than life personality, Mary was beloved by many. After winning over the hearts of millions on the television show Cake Boss, her diagnosis in 2011 of ALS (also known as Lou Gehrig’s Disease) and the subsequent charitable organization created in her name, the Momma Mary Foundation, raised awareness worldwide for the neurodegenerative disease.
A devout Catholic with values deeply rooted in Italian tradition and heritage, Mary was a devoted attendee of St. Joseph’s Church in Jersey City; St. Francis in Hoboken; and St. Margaret of Cortona in Little Ferry.
Upon the untimely death of Buddy Sr., Mary and her children would begin to work diligently at Carlo’s Bakery to accomplish his ultimate goal of making the hometown Hoboken bake shop a household name. Through years of hard work and devotion, the success of the bakery would quickly garner the attention of the media and eventually offer to be a subject of the now hit television series, Cake Boss. It was via this medium that the world would come to know and love the passionate, family-oriented and motivated Mary.
Her work ethic, compassion, sense of humor and ability to accomplish the American Dream left a mark on those who watched the show and those who had the pleasure of knowing her personally. Her magnetic energy had the uncanny ability to bring smiles to the faces of everyone around her. Although Mary officially retired in 2010, she continued to visit often, singing animatedly and bringing joy to the Carlo’s Bakery employees and guests who had come to love her.
Mary is survived by her husband, Sergio Piccinch, and five children: Grace and her husband, Joseph Faugno; Maddalena and her husband, Mauro Castano; Mary and her husband, Joe Sciarrone; Lisa and her fiancé, Anthony Torre; and, Buddy and his wife, Lisa Valastro. Mary was a dear sister to Max and his wife, Laura; the late Joseph; Vincent and his wife, Susan; Nicholas and his wife, Maria; Dominick and his wife, Janet; Annette; and, Anna. She was a loving grandmother to Robert, Bartolina, Mary, Dominique, Buddy, Lucia, Joseph, Teresa, Isabella, John, Sofia, Buddy, Marco and Carlo.
The family asks for donations to be made in Mary’s name to St. Joseph’s Church, Jersey City, New Jersey.
Services arranged by the Failla-McKnight Funeral Home, Hoboken.