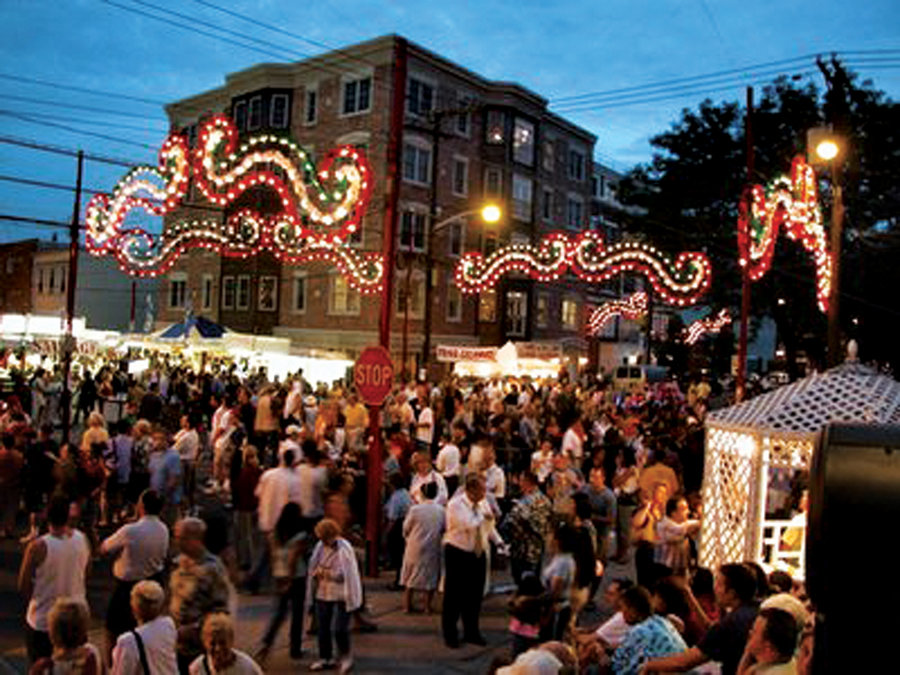 One of Hoboken’s most popular and most traditional events is back again, running from Saturday, July 22 through Wednesday, July 26. The 107-year-old St. Ann’s Italian Festival — known colloquially as “The Feast of St. Ann” — will include the traditional statue procession and Novena. The five-day festival is centered at Seventh and Jefferson streets. It promises games, rides, a 50/50 raffle, live music, a variety of food, a “best pizza in Hoboken” contest, and the famous fried zeppoles, whose recipe is guarded by the Saint Ann Guild who makes them. The festival is one of the church’s main fundraisers and has helped to restore and renovate the church over the years. It sustained damage from Hurricane Sandy. Last year the festival raised about $100,000, according to the 20-year Festival Chair Mario Ferrara. Click here for more.

Anyone riding the Hudson Bergen Light Rail from the west side of Hoboken has had to wonder about the swath of undeveloped land along 18th Street in Jersey City. This is an area once made famous as the Horseshoe section by legendary Jersey City Mayor Frank Hague, who grew up there. The Jersey City Planning Board recently approved a major site plan to Newport Associates Development Company for a two-phase construction project that includes 10-story new mixed use residential building and commercial space in the Jersey Avenue Light Rail Redevelopment Area. The site is currently occupied by a gas station on one end and significant vacant land bordering the Hudson Bergen Light Rail and near the northern border of Hoboken and the New Jersey Transit rail yard. Proposed as two projects, the development could result on the construction of 258 total residential units as well as 14,000 square feet of commercial space. Click here for more.

With summer in full swing and children out of school, the North Bergen Public Library has launched a new reading initiative. “One Book North Bergen” aims to encourage residents of any age to bond through literature, in addition to promoting literacy and discussion. The town-wide program will feature five book discussions at the Main Library throughout September. It will operate in conjunction with the town’s Board of Education, which has placed the books on their summer reading list. The books discussed will include the following: Elephant and Piggie Series, for grades K-2; Arthur Spiderwick’s Field Guide, for grades 3-5; Charlie and the Chocolate Factory, for grades 6-8; We Were Liars, for grades 9-12; and Orphan Train, for adult audiences. The authors for We Were Liars and Orphan Train are set to come to the library to discuss the books with locals. The library also hopes to have a Skype session with the author for Field Guide. In addition, the initiative will be holding a “Chocolate Party” for Charlie and The Chocolate Factory at the library Sept. 8. Then, participants can enter a raffle to win golden tickets to the Broadway show named for the Chocolate Factory book. Click here for more.

When is the ‘wintry mix’ starting?