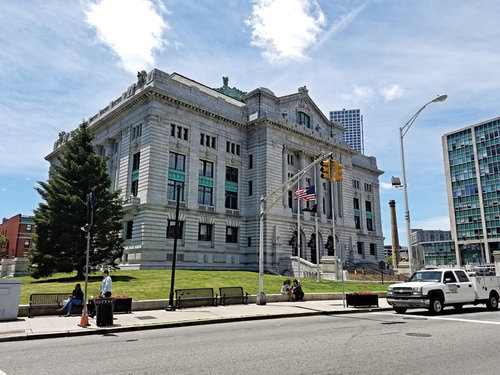 HUDSON COUNTY — A judge sentenced a North Bergen man to 20 years behind bars Monday for his girlfriend’s death, according to NJ.com.
Jose B. Ayala, 44, pleaded guilty in March to aggravated manslaughter of Zaray Montenegro, 32, NJ.com reports. Hudson County Superior Court Judge Patrick Arre handed down Ayala’s sentence, the outlet said. The victim leaves behind her now-5-year-old daughter, according to NJ.com.
According to the story, Montenegro was found in the back of 6109 Adams St. on Oct 9, 2015, around 6:30 p.m.
Officials reportedly pronounced her dead two and a half hours later. She had sustained massive head injuries and was assaulted with an unknown object, NJ.com said. Officers apprehended Ayala in connection on April 22, 2016.
In court, Ayala apologized to Montenegro’s family, the outlet said.
Ayala must serve 17 years of his sentence before becoming eligible for parole, per the article. The judge also sentenced him to 18 months in prison on another charge. He is said to have 450 days jail credit, which will be applied to his sentence.

A City-Wide, All-Day Celebration of Art and Culture in Jersey City...