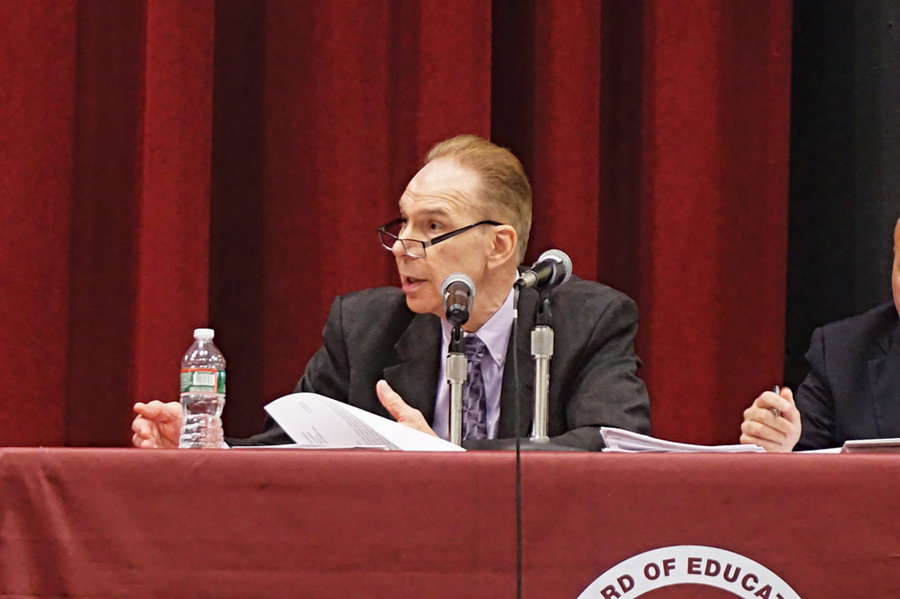 1 / 2
Dr. Michael A. Wanko is implementing a new policy of deans at Bayonne High School. 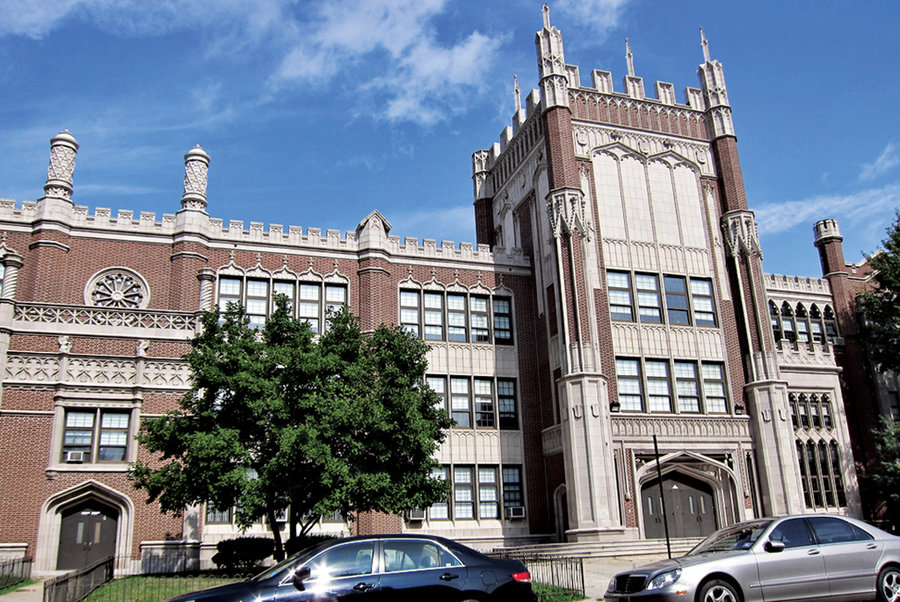 1 / 2
Dr. Michael A. Wanko is implementing a new policy of deans at Bayonne High School.

Change has been imminent since the Bayonne Board of Education (BBOED) voted not to renew the former superintendent’s contract last June, and imperative since the district’s financial crisis in November. Interim Superintendent Michael A. Wanko has made some big policy shifts since taking the position in July, most notably the decentralization of the academies and the introduction of deans. Much attention has been paid to the academies, but the reconfiguration of deans and vice principals will influence every student at Bayonne High School and could portend similar changes in the city’s grammar schools.
Before Dr. Wanko arrived, vice principals were assigned to each of Bayonne High School’s six houses, performing both disciplinary functions and observations of instruction.Now, there will be four vice principals, each paired with one dean who will be assigned to each class level on a progressive basis, meaning each student will have the same dean and vice principal throughout his or her high school career.

Best of both worlds

“We’re providing the intimacy of a small school because they will know those 600 kids for four years, while still providing everything a large school has to offer such as 300 course offerings,” said Wanko. “Now, the four vice principals can concentrate more on the observation of instruction, which is what we’re all about – teaching and learning.”
Wanko brings his pedagogical perspective from Piscataway High School, where he served as principal under the same system. He now proudly observes his former school’s distinction as the only high school in the state to with full membership in the Coalition of Essential Schools (CES), an education organization that seeks to treat every school’s policies and curriculum uniquely and emphasizes students becoming “powerful and informed citizens who contribute actively toward a democratic and equitable society,” according to its website.
The CES has 10 common principles, one of which is integral to the district’s policy shift. “One of them that I follow pretty much all the time is that teachers approach students as a learner,” said Wanko, whose stated purpose for the shift is primarily pedagogical. “The teacher is the prime deliverer of the curriculum to the child, and our [administration’s] observation is the way we improve the teaching and learning. So, if we have vice principals who are now freed up in a way to provide more observation of instruction, we should have better instruction and more rigor in our instruction.”
He said the former system minimized vice principals’ observational capacity because they were performing job functions of a dean, dealing with tardiness and other disciplinary duties. “They would have to deal with that instead of making instruction better. The dean can now step into that role.”
The BBOED passed and the county superintendent approved the new dean positions in July. Now, the school administration will interview current teachers to slide into dean positions, as “teachers on assignment,” with the same salaries. So far, more than 20 teachers have applied; the BBOED will announce the appointments in August.
The move, while primarily a pedagogical policy, is also intended to save the district money by cutting two vice principal positions, which are higher in salary than teachers, while the deans will maintain the same teacher salary. Wanko cited $50,000 as a preliminary savings figure, depending on what teachers are hired.
With the search for deans, the district is hoping to infuse diversity into its system. While Bayonne is about 70 percent white, the school administration is more so, which can be problematic if they are to be looked up to by students, who come from more diverse racial and socioeconomic backgrounds.
“We do not have a very diverse team right now,” Wanko said. “I want students to have positive role models, and they need people they identify with.”
The BBOED voted unanimously to appoint dean titles. As a teacher at Hoboken High School who teaches at five levels, BBOED Trustee Christopher Munoz believes that teachers can handle a lot. “What better group of people to mold and shape the course of the schoolthan the teachers? They’re there every day. It’s a beautiful thing, I think,” he said. “It’s my hope to see deans in every grammar school in the district, as well.”

A word on the academies

After the BBOED meeting in July, many parents, students, and educators were disturbed by some students’ and parents’ perceptions of those who are not in the academies. The BBOED moved to integrate the academy students lunch periods with that of the rest of the school, and disperse some classes throughout the various houses.
Wanko said he personally met with some of the academy students frustrated with the changes, and challenged them to act as role models if they believe their behavior and academic performance is something to be emulated. “They jumped right in,” Wanko said.
“We live in a diverse society,” he went on. “In fact, New Jersey is the most diverse state in the country, and Bayonne has over 50 houses of worship. We speak 48 different languages in the district.”
At the BBOED meeting in July, Wanko recalled a story about a vice principal named Timmy Mercier who worked at Bayonne High School while Wanko was principal. Mercier had a basketball scholarship to Georgetown University while former president Bill Clinton attended the school.
“I asked him ‘did you know Clinton when you were in college?’ He said ‘No, but he knew me.’ Here in the cafeteria, you may be able to say years later, ‘I knew so-and-so who was a MLB player,” Wanko said. “You get to meet people from different cultures. You know what you find, we really have more things in common than not in common. It’s preparation for the real world.”

Rory Pasquariello can be reached at roryp@hudsonreporter.com. Follow him @rory_louis.