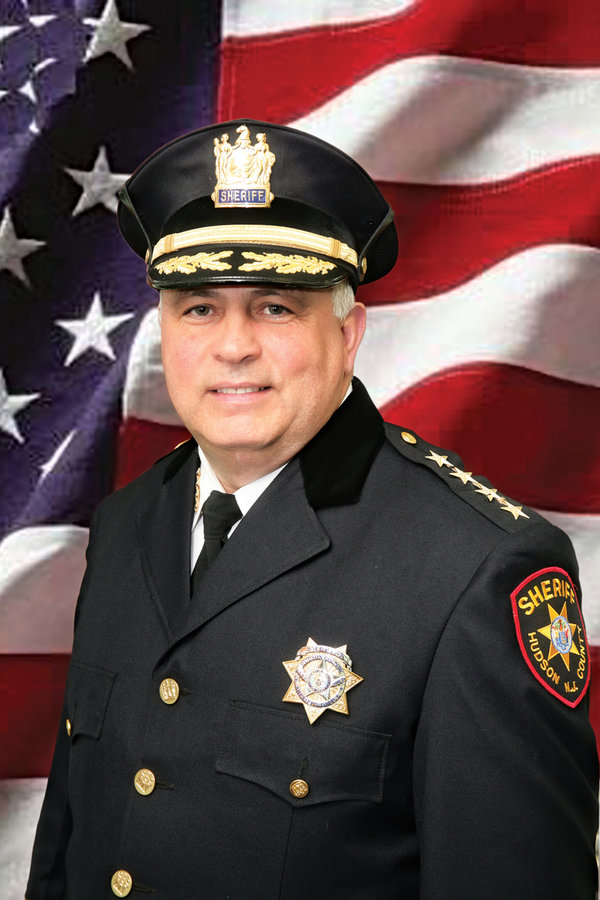 Without granting any validity to the lawsuits brought against Hudson County by two former Hudson County Sheriff’s Department officers, the county has agreed on a $120,000 settlement. The settlement puts to rest allegations by the officers that they were pressured to work on the reelection campaign for then- County Sheriff Juan Perez in 2010.
Perez was defeated in the Democratic primary by the current sheriff, Frank Schillari. Perez currently serves as an at-large councilman in Bayonne.
This is the fifth settlement the county has made in cases related to Perez’s term as sheriff.
The suits settled on May 2 claimed that Perez and others harassed a total of three officers and then retaliated against them for not helping with the campaign effort.
The agreement authorized by the Personnel Committee paid Lt. Thomas Cerwinski and Sgt. Walter Zapoluch $30,000 each, and their attorney Louis Zayas, $60,000 for fees and court costs.
Sheriff’s Officer Alex Pino, a third officer originally named in the suit, was not involved in the settlement. County officials said Pino’s portion of the case was dismissed earlier.
Cerwinski claimed he had been passed over for promotion, and others were allegedly harassed for failing to purchase tickets for a Perez fundraiser. Pino in his suit claimed he had been the subject of racist slurs for not supporting Perez.
County officials, however, said the settlement is not an acceptance of the accuracy of the complaints.
County officials noted at least two of the three officers had faced disciplinary actions while in the department’s employ and that the suit was described as possible actions by disgruntled employees.
For this reason, requests for more information from the Personnel Committee were denied.
The payout will be handled by the county Insurance Fund Commission on which Freeholder Kenny Kopacz sits. The agency supervises insurance policies for all county departments.

The county has paid more than $300,000 in settlements related to Perez, including allegations of harassment and creating a hostile work environment and alleged civil rights violations.
Perez, when contacted, said he was not aware of the settlement so he could not comment.
Vision Media, which responds to requests for the sheriff’s department, did not issue a statement on the settlement when requested. Kopacz referred media requests to Hudson County Counselor Donato Battista.
“There was very little merit to these suits,” Battista said. “The settlement was not done at the bequest of Perez, but to cut off legal expenses.”
The suits resulted in continuing legal and court expenses, which the county wanted to stop.
“There was nothing that showed me that Perez acted in an inappropriate way, and nothing in this settlement that acknowledges any wrong doing,” Battisa said.

The 2010 primary election was particularly heated, and forced personnel in the sheriff’s department to choose sides because Schillari served as undersheriff at the time.
At one point, Perez fired Schillari, then the Hudson County Democratic Organization-backed candidate against him. Then he was forced to reinstate him.
Perez claimed that Schillari was “not in compliance with the requirements of the sacred trust of the office and for a period of time has undermined my authority.”
Perez promoted his brother-in-law, Robert Lamboy, to the undersheriff’s post. The promotion was later rescinded after Perez received bad publicity for the move, sources said.
Perez won as a Democrat for Hudson County Sheriff seat in 2007. He lost the backing of the HCDO in the 2010 party primary. Perez switched his party affiliation to Republican and tried to run on the Hudson County GOP line.
According to officers in the department, there was a perception by many employees that Perez tended to favor Latino officers over Caucasians and blacks.

County faces a number of lawsuits

Lawsuits in the sheriff’s department are not unusual.
Suits are filed for a number of reasons, officials said, from members of the general public as a result of interaction with the sheriff’s department to internal complaints such as those filed against Perez.
There are a number of lawsuits pending against Schillari, county officials point out, and some county officials believe there will also be a batch of settlements of these in the near future, some for significantly high amounts. One settlement proposed against the current sheriff could be as high as $250,000, sources said.