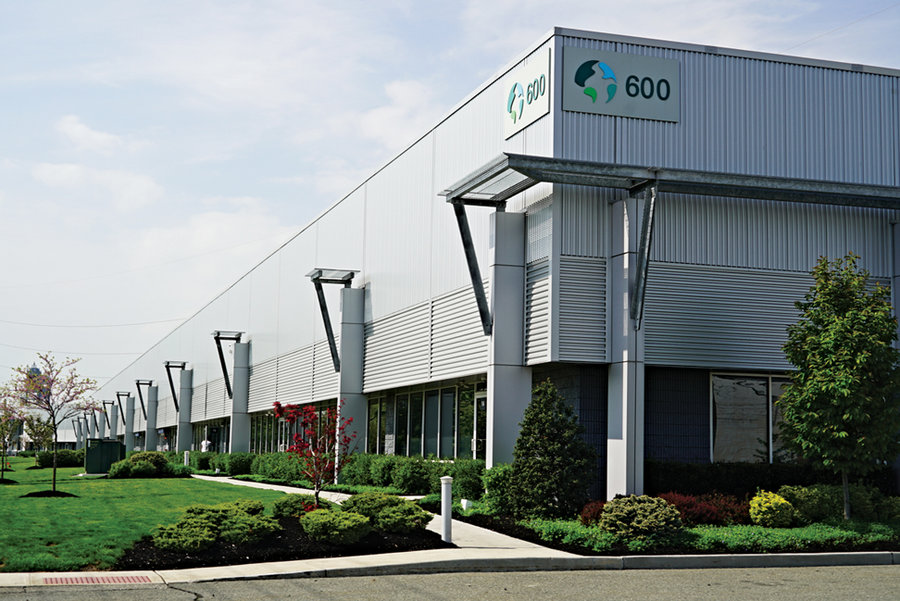 A medical marijuana dispensary is set to begin operations in Secaucus, after the state recently issued a permit for it to begin growing the plants. Harmony Foundation is on track to become New Jersey’s sixth Alternative Treatment Center, and the first in Hudson County.
Once a state laboratory tests Harmony’s marijuana strain and the state Medicinal Marijuana Program inspects the dispensary, the facility will receive a second permit to become an ATC. Should all go well, Harmony, located at 600 Meadowlands Parkway, hopes to open in late 2017. They will grow the marijuana inside their location, under intense security measures including cameras, alarms, and mechanical sensors.
“We’re thrilled,” said Harmony spokeswoman Leslie Hoffman, about the news. “We have worked very hard to get the facility designed and built. We are excited to put it into action and service the patients of New Jersey.”
The state adopted the “Compassionate Use Medical Marijuana Act” into law in January 2010. That established a registry of qualifying patients and primary caregivers, and issued registry identification cards to patients.
It also established “debilitating medical conditions” under which physicians can authorize patients to register for medical marijuana. These include seizure disorder, glaucoma, cachexia, inflammatory bowel disease, terminal cancer, and more recently, PTSD.
“We are anticipating applying for approval to manufacture extracted products from marijuana flowers, such as tinctures and topical creams,” Hoffman said.

Secaucus is a perfect place for Harmony to open shop because of its convenience, Hoffman said. New Jersey Transit’s Secaucus Junction station is situated very close to the dispensary.
“If I’m coming back from my commute to New York through Secaucus Junction, I can pick up my car and swing by Harmony for a pickup on my way back home,” Hoffman said. With additional transportation options, including Route 3 and I-95, the town “is convenient for many people who live in New Jersey,” she said. The Harmony building also has a bus station located right across the street.
The dispensary is looking into launching a shuttle service to take patients between their business and the Junction station.

How will locals react?

With Secaucus known as a conservative stronghold, how will residents react to medical weed in their backyards?
“First of all, Secaucus has been a really warm and generous host for us,” Hoffman responded. “I know that Mayor Michael Gonnelli and others in the town, including police officers and fireman, have been interested and generally supportive. We have a nice rapport in town.” To help maintain that disposition, the dispensary is working with the town to identify potential future employees.
Though Hoffman said she doesn’t have an exact number of how many jobs Harmon will create, she gave a number in the 30-35 range of estimated positions. They have no quota, but they are interested in hiring local people.

With 29 states allowing comprehensive medical marijuana programs, Harmony’s success reflects America’s shifting attitudes towards the herb. “We are at a watershed moment in history,” Hoffman said. “It has taken a lot. Many have worked on it for many years.” On people’s opinions on marijuana in general, she added, “the stigma has been melting. I can’t say it has 100 percent melted yet, though.”
One major problem Hoffman sees to full acceptance in America is the federal viewpoint on the plant.
Today, the U.S. Drug Enforcement Agency still classifies marijuana as a Schedule 1 drug, on par with LSD and heroin. That can stymie federal departments that offer medical assistance to citizens. Harmony singles out the Veterans Health Administration. As America’s largest integrated healthcare system, the VHA provides assistance to nine million enrolled veterans annually.
“If you have a federal agency not recommending medical marijuana, veterans have to function outside of the VHA Administration,” Hoffman said. She argues that there is a strong discrepancy between what federal agencies are doing and what states are doing on the issue. “We hope there will be an alignment at the federal level supporting patients and businesses in states legally using medical marijuana.”

The efforts to legalize marijuana at the federal level recently gained an ally in New Jersey’s U.S. Sen. Cory Booker. Earlier this month, Booker introduced legislation to deschedule the drug and offer states incentives to legalize it recreationally. Though the legislation has little support so far, Hoffman is carefully hopeful.
“Noble effort, and it’s not that I’m sitting on the edge of my chair, expecting it to pass, but I think he’s on to the right idea,” she said. “It brings visibility to the issue from a point of view that is important.”
Federal resistance to pot also hurts patients because it prevents grant money and research dollars from trickling down to better understand the substance, Hoffman said. “We need hospitals and universities to be able to do serious science to better understand marijuana.”

One would be forgiven to assume marijuana automatically equals heavy profit. After all, states that have legalized pot are projected to bring in $655 million in state taxes in 2017, according to New Frontier Data, which tracks data in the industry. In that figure, $559 million along will come solely from cannabis taxes.
But that money has not translated to medical marijuana dispensaries. Sixty percent of dispensary owners responding to a 2013 industry survey reported taking in $500,000 or less in annual revenues.
Harmony expects a similar trajectory in its initial years. “If you realize that the patient count today in the Medical Marijuana Program is just over 13,200 in a state with just under 9 million residents, that’s not a very big market,” Hoffman admitted. But “it will grow as the program becomes better known and understood. It will grow as doctors come to understand how weed can help their patients. It will grow as the stigma dissipates.”

From a personal standpoint, Leslie would like medical marijuana to fight the opioid crisis. “While marijuana used to be considered a ramp to heavy drug use, it will become an exit ramp off of some of those pain medication drugs,” she admitted. “It would be great to wean yourself off those very addictive medications. Opioids are prolonging the pain.”
But she admits, “There’s still a lot to learn about marijuana. Early indications are adding up to be quite significant. Nobody’s ever died from a marijuana overdose.”