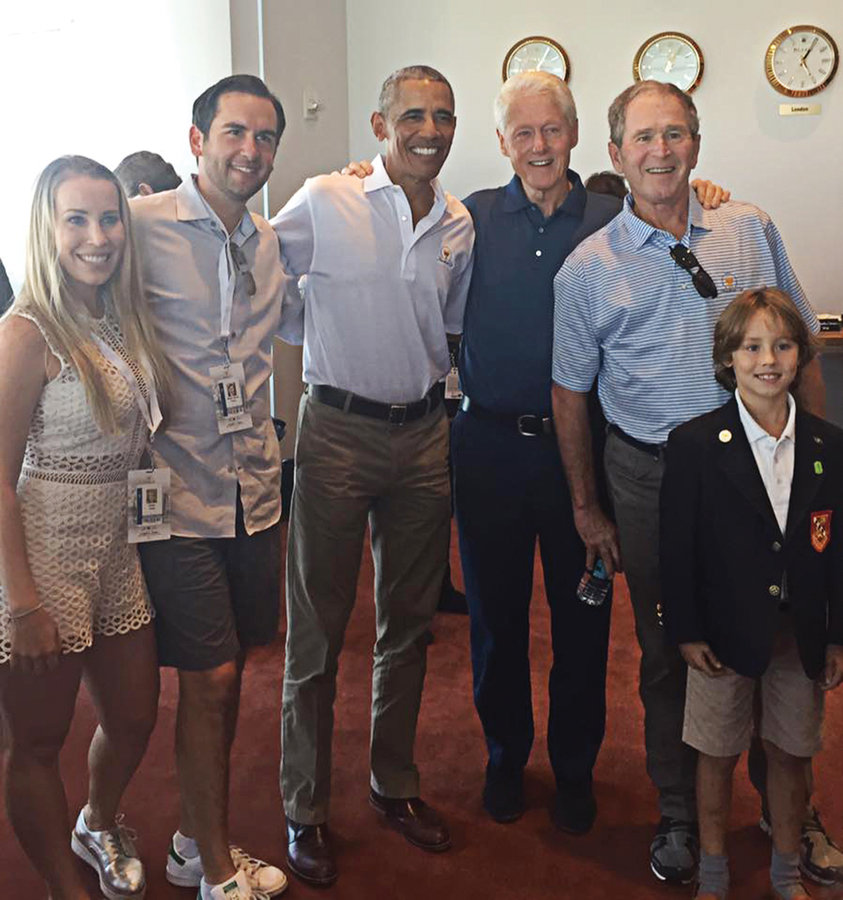 Donald McLaughlin III, 37, of Union City, was unresponsive in the street on Central Avenue in Jersey City on Oct. 5. The victim, according to Hudson County Prosecutor Esther Suarez, suffered from an apparent gunshot wound to his torso and also an apparent blunt force trauma injury to his head.
Jersey City police found McLaughlin after they responded to reports of shots being fired at about 8:30 p.m. on Oct. 5.
The responding officers administered first aid to the victim. McLaughlin was transported to Jersey City Medical Center where he was pronounced dead at approximately 8:55 p.m. The cause and manner of McLaughlin’s death are pending an investigation by the Regional Medical Examiner’s Office.
A second unidentified male victim, 26, of Jersey City, was treated at the scene for injuries to his head and body. He was also transported to JCMC where he received treatment and was released. No arrests have been made in connection with the shooting. The Prosecutor’s Homicide Unit is actively investigating the case with assistance from the Jersey City Police Department. Anyone with information is asked to contact the Office of the Hudson County Prosecutor at (201) 915-1345 or to leave an anonymous tip on the Hudson County Prosecutor’s official website at: http://www.hudsoncountyprosecutorsofficenj.org/homicide-tip/ . All information will be kept confidential.

Alzheimer’s New Jersey kicks off its “Walk to Fight Alzheimer’s” event this fall at locations in Ocean, Hudson, Mercer and Bergen Counties. The walk is the largest event for the organization to raise awareness and funds to support local programs for those impacted by Alzheimer’s disease and other dementias in New Jersey. One hundred percent of the funds raised by Alzheimer’s New Jersey support Garden State individuals and families.
The walk will take place on Saturday, Oct. 7 in Liberty State Park, starting at 8:30 a.m. with registration and light breakfast. T-shirts will be distributed to all participants who raise a minimum of $50. There is no fee to register.
Alzheimer’s New Jersey is a nonprofit organization not affiliated with a national charity whose mission is to provide support, assistance and information to individuals with Alzheimer’s disease and dementia and their caregivers in New Jersey.

On Oct. 14 and 15, more than 200 art events will take place across the city. The 27th Annual Jersey City Art & Studio Tour (JCAST), which is sponsored by Jersey City’s Department of Cultural Affairs is expected to draw thousands of residents and visitors will engage with more than 500 artists on their own turf. The events include live art demonstrations and interactive exhibits, live music, art markets, panel discussions, dance performances, curated bus, bike and walking tours of indoor and outdoor art in every neighborhood and much more! All JCAST events are free and open to the public.
Complimentary shuttle bus service will be available to take tour-goers throughout the city from noon to 6 p.m. both days to ensure that they can view exhibits with ease and comfort. The buses will start at the Mack-Cali Harborside Atrium, 210 Hudson Street, Jersey City, with more 30 stops across the city along a northbound and southbound route.
A roster of the more than 160 event spaces can be found in a special tour guide in this issue of The Hudson Reporter newspapers. Additionally, an interactive map, including artist names, event spaces, bus routes, and an event schedule, will be printed on www.thejcast.com.

David Jones, 46, and Horace Parker, 31, both of Jersey City, have been charged with murder in connection with a stabbing incident which occurred on Claremont Avenue in Jersey City on Sept. 27. Richard Farmer, 25, of Jersey City, was stabbed to death and a second victim was treated for non-life threatening stab wounds.
Hudson County Prosecutor Esther Suarez said detectives from the Prosecutor’s Homicide Unit, with assistance from the Jersey City Police Department, arrested Jones and Parker, who have been charged with murder, assault, weapons, and drug charges.
Yolanda Jones, 44, of Jersey City, was also charged with hindering an investigation, and drug charges.
On Sept. 27 at approximately 9:30 a.m., Jersey City Police Officers responded to the area of Martin Luther King Drive and Orient Avenue in response to a report of an injured victim. Upon arrival, the responding Police Officers found Farmer lying on the ground in front of an Orient Avenue address with apparent stab wounds to his torso. The victim was transported to Jersey City Medical Center where he was pronounced dead shortly after 10 a.m. A Medical Examiner has determined the cause of Farmer’s death to be a stab wound to his torso and the manner of death to be homicide. During the investigation, police officers located a second male victim in the vicinity who also suffered from apparent stab wounds to his torso and upper extremities. He was also transported to JCMC by where he received treatment for his injuries and was released. The investigation of this incident is ongoing.
Anyone with information is asked to contact the Office of the Hudson County Prosecutor at (201) 915-1345 or to leave an anonymous tip on the Prosecutor’s official website at http://www.hudsoncountyprosecutorsofficenj.org/homicide-tip/. All information will be kept confidential.

Hudson County Community College (HCCC) has established guidelines as to what it will and will not do in response to the White House’s executive order to rescind the DACA (Deferred Action for Childhood Arrivals) program instituted under executive order in 2012.
Last week, at a Senate hearing on Capitol Hill, California Senator Kamala Harris questioned Acting Secretary of Homeland Security Elaine Duke about the concern that the personal information of undocumented immigrants who were brought to the United States as children could be turned over to Immigration and Customs Enforcement, the agency tasked with removals. Acting Secretary Duke stated that she could not guarantee that the information of young immigrants who applied for Deferred Action for Childhood Arrivals (DACA) program would not be turned over to immigration and customs authorities.
So HCCC President Glen Gabert, Ph.D. said the College wants to reassure students protected under DACA.
“At Hudson County Community College, we are dedicated to assisting and caring for all of our students. We will continue to counsel and advocate on behalf of our DACA students,” he said.
Shortly after the executive order was issued, Hudson County Community College issued the following statement to define how the college is responding to executive orders concerning DACA and undocumented students:
Hudson County Community College will provide support on immigration-related concerns, counsel those impacted with resources for educational and living expenses for which they are legally eligible, and vigorously investigate and prosecute anyone who threatens, intimidates or harasses any member of our community, as well as intensify its long-standing advocacy for expanded access to higher education for all our students.
Hudson County Community College, Gabert said, will not voluntarily disclose immigration and/or citizenship status to federal authorities absent a court-issued subpoena, ask questions regarding immigration and/or citizenship status except when relevant to the service being provided, and will not voluntarily disclose immigration and/or citizenship status information to federal authorities unless necessary to comply with a federal regulation or to protect a person’s safety.

Since early detection is key to treating and surviving breast cancer, CarePoint Health-Christ Hospital is again offering additional opportunities for women age 40+ to obtain this vital screening during Breast Cancer Awareness Month.
Through its 4th Annual Mammogram-a-thon, CarePoint will offer the service at Christ Hospital, 176 Palisade Ave., on Oct. 17 and 21.
No referral for participants is required if they have not had a screening mammogram within the past 12 months. Most insurances are accepted. If individuals are uninsured, a free screening is available through the Madeline LoRe Foundation if they consent to financial screening for assistance. Otherwise, the cost is $99.
To register, participants should call (201) 418-3220 and mention they want to be part of the Mammogram-a-thon.
CarePoint is Jersey City’s local health care provider, offering a full continuum of care to city residents. This comprehensive program often begins with the response of McCabe Ambulance, a CarePoint partner. It continues with care from the Christ Hospital Emergency Department, diagnostic departments, and inpatient and outpatient services.

A concert fundraiser will be held on Oct. 15 from 4 to 9 p.m. at Loew’s Theater, 54 Journal Square Plaza to raise funds for the “New Jersey for Puerto Rico Hurricane Relief Effort.”
This 501c3 charitable organization was formed by the Statewide Puerto Rican Leadership under the umbrella of the New Jersey Puerto Rican Congress.
A $25 minimum donation is required. Tickets can be purchased at P.A.C.O., 390 Manila Avenue, Jersey City, New Jersey. Checks should be made out to “New Jersey for Puerto Rico Hurricane Relief.”
Performing at this event will be SALSA Superstars, Frankie Negron, Los Hermano Moreno, Frankie Morales, along with the Charlie Lopez Band, Segunda Quimbamba, Danny Matos and Son Candela, Swing Sabroso, Roberto El Fabuloso, Jay Frias and Sus Bachata and much more.
The host of this event is JJStarr of La Mega, 97.9 Radio and DJ Commandante Ivan Arroyo, DeViva La Music Ent.
For information pertaining to this event please contact Consuelo at (201) 963-5404, CONSUELOEVANS @ Hotmail.com or www.nj4pr.org.