‘Rest easy, you will be missed’ 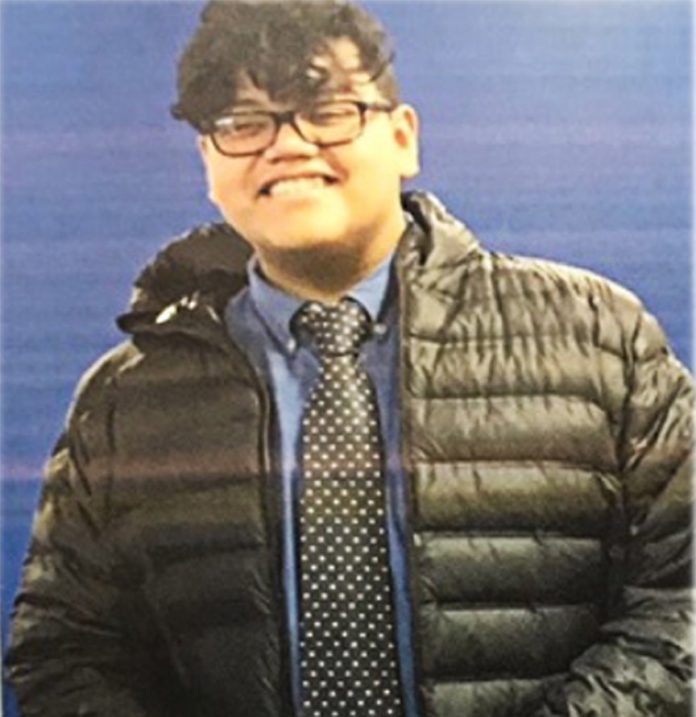 A memorial for a Union City teenager who died in a collision with a garbage truck in Union City two weeks ago has been erected near the crash site, above Route 495.
“I only knew you for three months, and it was the best three months ever,” read one tribute to Sean Lemus, 16.
“Rest easy, you will be missed,” reads another note, with smiley faces.
“I’m gonna miss you so much,” read a tribute that appeared to be from Lemus’ girlfriend, Bianca. “I’m staying strong just for you, my love. We will always be together against the world.”
There were also pictures of Bianca with Lemus at the site, with an additional letter from her, saying, “I wanna thank you for being the best boyfriend a girl could possibly have.”
According to the Hudson County Prosecutor’s Office, Union City police received a report of a person on a bicycle hit by a truck near 31st and Palisade Ave., Oct. 4, at 7: 30 p.m.
Upon arriving, they found Lemus pinned under a garbage truck. He was pronounced dead shortly afterwards. Lemus was a Union City High School student. The school gave students access to crisis counselors a day after the incident.
A preliminary investigation found the truck was a Union City DPW garbage truck. No charges have been filed against the driver, who remained on scene following the collision, according to a Prosecutor’s Office press release.
Back at the tribute site, another message thanked Lemus for “treating Bianca so good. I know how much you loved her. I know you’re looking over her right now.”
Nearby, an opened video game package read, “You always beat me in this game.” Right below that, another tribute reads, “I’m gonna miss all the great times we had.”
“Have fun with Rick and Morty,” one tribute balloon read, referencing the wildly popular sci-fi animated series.

During the initial investigation into Lemus’ death, two motorcyclists allegedly drove through the collision scene at high speeds, the HCPO said. Officers arrested suspect Aryan Acosta-Reinoso, 24, one of the alleged motorcyclists, at his Paterson home Oct. 5.
The second alleged motorcyclist, Ricardo Suazo, 25, also from Paterson, allegedly crashed his motorcycle into the garbage truck while also allegedly hitting four Union City police officers. EMS services took Suazo to Christ Hospital, where he was treated and released into the custody of Hudson County Sheriff’s officers,
Three of the officers were taken to local hospitals for treatment of injuries. The fourth was treated at the scene, the prosecutor’s office said.
Acosta-Reinoso was charged with eluding, a second-degree crime; aggravated assault, a second-degree crime; and receiving stolen property (motorcycle), a third-degree crime. He made his first court appearance in Jersey City’s CJR Court Oct. 5, the HCPO said.
Suazo was charged with three counts of assault by auto, a fourth-degree crime; and one count of assault by auto, a disorderly persons offense. He was set to appear in CJR Court Oct. 6, according to the prosecutor’s office.
“My heart goes out to the family of Sean Lemus who died in this tragic accident,” said Union City Mayor Brian Stack in the press release.
“I’d also like to ask everyone to keep the injured officers in their thoughts and prayers as these officers recover from their injuries.”
A fundraiser for Lemus was set for sometime this week, according to Superintendent of Schools Silvia Abbato, who did not return a message seeking an update by press time. However, a woman who said she’s a friend of Lemus has set up a GoFundMe to raise money for his funeral expenses. As of press time, the fundraiser has reached approximately $1,550 of its $2,000 goal.