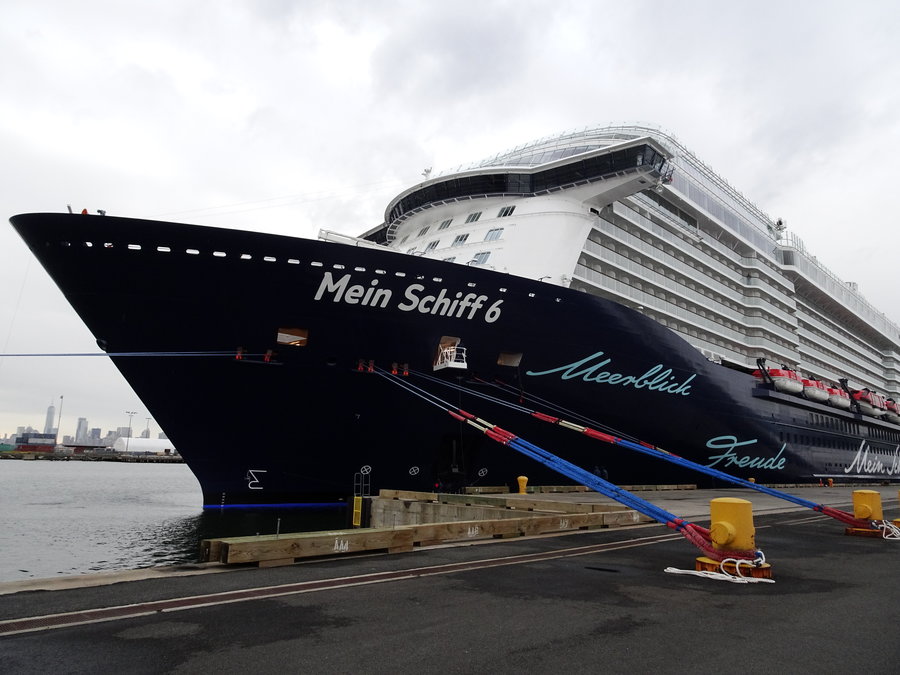 A Bayonne man died this week while incarcerated at the Hudson County Correctional Facility., according to Hudson County spokesperson Jim Kennelly. Dominick Ramunni, 41, collapsed on Jan. 14 and could not be resuscitated by CPR. Kennelly could not cite the cause of Ramunni’s death.
According to Kennelly, the same day, a 34-year-old Jersey City woman who was arrested for allegedly failing to appear in court, hanged herself at the facility in an apparent suicide attempt.
The Hudson County Correctional Facility is under the microscope now after the county in August assembled a medical review panel to look into the deaths of Rolando Meza Espinoza, who died at the facility in June, and Jennifer Towle, who died at the facility in July.
Ramunni was being held without bail after an allegation of stealing $2,000 from a Bayonne deli in November.

A statue depicting baby Jesus was stolen from a nativity scene at St. Vincent de Paul Church on Avenue C, according to the Bayonne Police Department. The statue was stolen on Monday, Jan. 8, and the church has since removed the nativity scene. Security footage shows an older man with gray hair allegedly taking the statue, according to church officials.
A statue depicting baby Jesus has been stolen in the past, as well as the Virgin Mary, a donkey, and a lamb. Without the star of the nativity scene, the church will have to purchase a new set at a cost of $500.

According to a spokesperson for the Bayonne Police Department, a BPD internal affairs review faults a Bayonne police officer who allegedly left a man who recently had part of his foot amputated on the side of the road after having his car towed.
The review found that the officer allegedly did not follow “appropriate department policies and procedures,” according to the BPD. Appropriate disciplinary action will be taken. What action will be taken is unclear.
The 59-year-old man was pulled over in November because allegedly a handicap placard was hanging from his rearview mirror. State law prohibits anything on a windshield or hanging from a car’s rearview mirror that obstructs the driver’s view. His car was then towed due to an expired registration, allegedly leaving the man to walk home. The man alleged that the 45-minute walk resulted in a bloody and infected foot.

Last week, the state announced that a formerly contaminated 240-acre stretch of Liberty State Park that has been closed to the public for decades will become freshwater wetlands, salt marshes, forests, and grasslands. The NJ Department of Environmental Protection plans to spend $40 million on the project from settlements with major polluters, according to NJ Spotlight.
The NJ DEP is at the center of criticism for approving the construction of a 45-acre marina at the southern end of the park. Opponents say that it will interfere with wildlife and the environment and serve only wealthy yacht owners. The controversy has not yet been fully resolved.

Cape Liberty Cruise Port served more passengers than ever this year, according to a report from the Port Authority. The cruise port handled 593,403 passengers, a 15-percent increase from 2016. The passengers served at the terminal took cruises on Royal Caribbean Cruise Line (RCL)’s Anthem of the Seas and Vision of the Seas, Celebrity Cruises’ Summit, and the first-ever planned destination call from the German-based TUI Cruises’ Mein Schiff 6.
Royal Caribbean is expected to homeport the Adventure of the Seas in Bayonne this summer. It will be the first time Royal Caribbean has homeported two of its vessels in Cape Liberty simultaneously.
Captain Thomas Hinderhofer, director of North East Port Operations for Royal Caribbean Cruises, forecast 700,000 passengers for 2018.

Following a month-long investigation, the Bayonne Police Department arrested a local woman for allegedly stealing more than $2,000 in packages left on doorsteps, according to the BPD. A string of reports of packages missing between November 17 and December 23 led police to the suspect who was arrested and charged with seven counts of theft on January 11.

PSE&G, which recently failed to win legislative approval for a nuclear subsidy paid by customers, expects to receive a windfall of $660 million to $850 million as a result of the Republican tax bill, according to NJ Spotlight. The request for a $300 million-a-year subsidy is expected to be introduced again in the next legislative session, according to the report.

Christie signs more than 100 bills into law on last day

On his last day in office, Gov. Chris Christie signed more than 100 bills into law, including measures to ban “bump stocks” in New Jersey and to disband the state Society for the Prevention of Cruelty to Animals, according to a report from myCentralJersey.com. Among the bills he didn’t sign, according to the report, was a measure to allow public high schools in the same district to merge sports teams without New Jersey Statewide Interscholastic Athletic Association oversight or review.

Airport workers, union leaders, and politicians demonstrated at Newark Liberty International Airport on Monday to demand higher wages, according to a report from NJ Advance Media. More than 600 workers marched through Terminal B, then headed over to Terminal C, where they heard from Newark Mayor Ras Baraka and NJ Sen. Cory Booker. Workers at the Newark airport reportedly make less than their counterparts at John F. Kennedy International Airport and LaGuardia Airport because New Jersey’s minimum wage is lower than New York’s.

Frigid temperatures in the region have depressed blood supply at the New York Blood Center. In response, St. Henry’s Church will host an emergency-shortage blood drive on Friday, Jan. 19 from 1 to 7 p.m. at 77 West 28th Street in Bayonne.