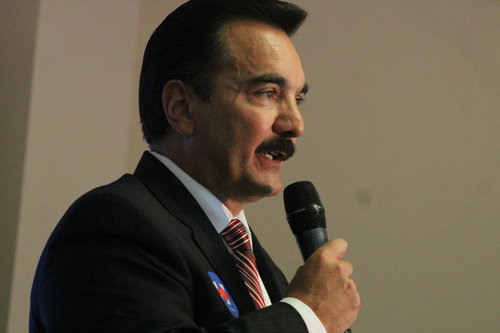 SECAUCUS – Assemblyman Vincent Prieto, who was replaced as Assembly Speaker earlier this year, will resign his Assembly seat to become president and CEO of the New Jersey Sports & Exposition Authority, the state agency that oversees the Meadowlands.
Recommended for the post by Gov. Phil Murphy, Prieto will assume his new duties at the NJSEA on Feb. 25, and will receive an annual salary of $225,000.
Prieto under law must step down from his assembly seat in the 32nd district that includes all of Secaucus, North Bergen and other towns outside Hudson County. It has not yet been determined who will be named to replace him until a special election can be held later this year.