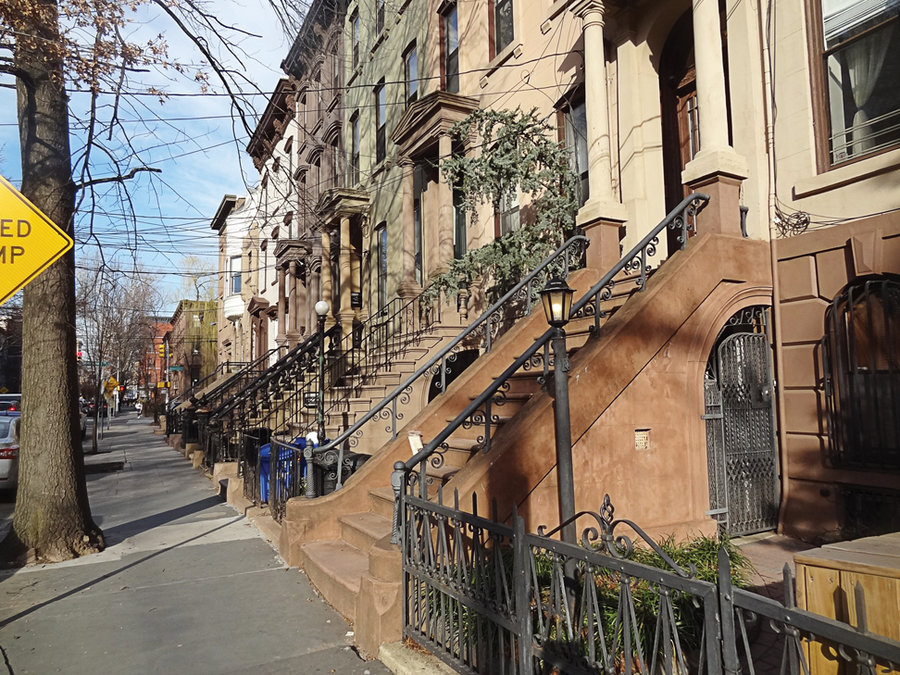 A HUGE IMPACT – The city’s revaluation of property hit Van Vorst neighborhood particularly hard. Some residents fear they will have to sell their homes.
×

A HUGE IMPACT – The city’s revaluation of property hit Van Vorst neighborhood particularly hard. Some residents fear they will have to sell their homes.

With the deadline approaching to appeal the property assessments given during the recent Jersey City revaluation, some downtown residents hope to take the issue to court in a class action lawsuit.
Although slow to start, the protest has picked up momentum over the last few weeks as downtown residents hardest hit with massive increases scramble to challenge the resulting spikes in their tax bills.
Ward E Councilman James Solomon said the issuing of property cards to residents, which signals the official end of the revaluation process, was due to start on May 1. This sets into motion the formal appeal process. Residents will have 45 days from when the cards are mailed to file an appeal with the Hudson County Tax Board.
“Van Vorst, Paulus Hook, and the Village neighborhoods were the hardest hit,” Solomon said. “Some of these residents have been there for 30, 40 even 50 years. It’s hard for them to have to sell and move out of a place they love.”
Solomon said some of these residents will be hit hard when the August tax bills come out.
“We tried to keep people informed,” Solomon said, referring to community meetings he held earlier this year in order to provide information to residents about what their options are. “But there is only so much we can do.”

Because the taxes are retroactive to the beginning of the year, the impact on the tax bills will be significant. Residents whose estimated taxes rose by tens of thousands of dollars will not only have to pay the increase for the third and fourth quarters, but will have to make up for what they underpaid in the first two quarters. The February and May bills are based on last year’s assessments.
“If the tax rate goes up to $2 (per $100 of assessed value), I may have to sell my house,” said Marie Borrelli, 64, of Van Vorst, who was one of the hardest hit.
The revaluation caused her assessment to jump from under $200,000 to $2,538,000.
Borrelli moved to Jersey City in 1984 to her Barrow Street home across the street from Van Vorst Park.
“The house was in terrible shape,” she said. “We restored it 27 years ago.”
This means that all the improvements are 27 years old.
“In photography, my kitchens and baths may look beautiful, however, there is significant wear and tear,” she said.
The shock of the new assessment came a time when she was just finishing up treatments for breast cancer.
“I could have sold my house after I got the cancer, but I didn’t,” she said.
She said she was issued the wrong information initially about the contents of her home, and so during the informal appeal, she brought back the inspectors from Appraisal Systems, Inc., the appraisal company. While they modified the original, she said, she may be forced to sell because of the high taxes.
“This is like communism,” she said. “How do people expect someone as old as 85 to pick up and see and move? There are lot of people like that here.”

Borrelli has become one of the leaders of a protest, hoping to win support from others like her as well as from local and state officials.
“We’re looking to set up tables at local supermarkets and maybe the Newark Avenue pedestrian plaza to gather signatures for the petitions. We’re trying to find an attorney so we can file a class action suit,” she said. “We would like to have Gov. [Phil] Murphy look at what is going on here.”
Residents have held protests in front of City Hall several times. Originally, support seemed weak. But as people recovered from the shock of increased assessments, Borelli said, they started to come out.
“We’re getting more and more people involved,” she said. “On April 14 we had a good turnout. A lot of people are serious and want to get involved. Our group is growing.”
She said a community meeting at Holy Rosary Church in late April brought out more than 75 people where they discussed filing a class action suit.
Some these residents are blaming the delay in implementing the revaluation.
While the city had not conducted a revaluation since 1988, one was attempted in 2013. But Mayor Steven Fulop halted this – and did not authorize another until the state ordered the city to do so in 2016.
Some residents feel that with the increased amount of development that took place and the number of abatements handed out, the impact of the current revaluation is harsher than had Fulop allowed the 2013 revaluation to proceed.
Other residents believe that the new assessments are inconsistent with similar properties more highly assessed than others.
While residents could not use other property assessments in the informal appeal process, Solomon said this factor can be used in the formal appeal process.
“But we’re running out of time,” Borrelli said. “We need to get someone to do something about this before we get hit with the August tax bill.”

Over 20,000 vaccines headed to Hudson County