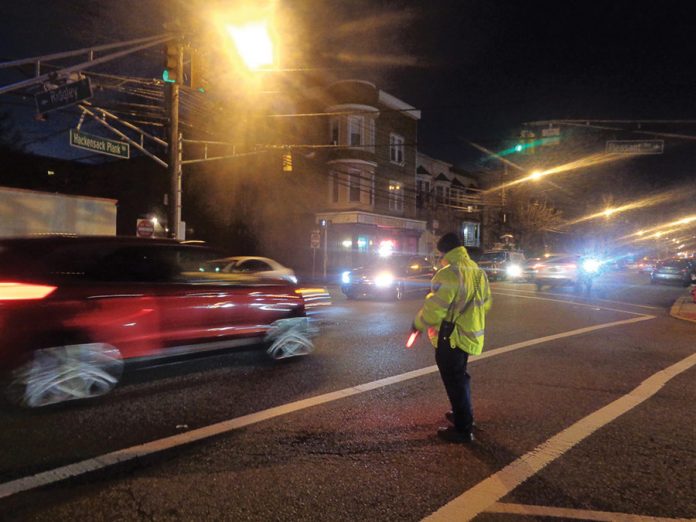 WEEHAWKEN — State Atty. General Gurbir Grewal’s office recently sent Weehawken a letter, asking the town to not enforce a turning ban against out-of-town motorists until the state Department of Transportation completes a review of the area.
The ban had prohibited non-residents from making a right turn onto Pleasant Avenue from Hackensack Plank Road, weekdays from 3-7 p.m. The town issued the ban because they say non-residents frequently use the turn as a shortcut to Route 495 and parts west. This, officials argued, caused traffic clogs and upset residents.
The letter requested a sitdown with the town and the state Department of Transportation over the ban. Town officials met with the DOT and gave them a tour of the area, said Weehawken Mayor Richard Turner. The state agency is currently working on a plan to alleviate traffic at the intersection without needing the ban, Turner said.
Until then, officers are holding traffic at the turn until the intersection is clear, instead of enforcing the ban. However, the mayor says that traffic has greatly improved since the restriction, as non-residents are using other streets to get around. Officers have yet to issue a ticket.
“I think they understand the problem,” Turner said of DOT efforts to fix it.

Political Advantage will not be accomplished this way