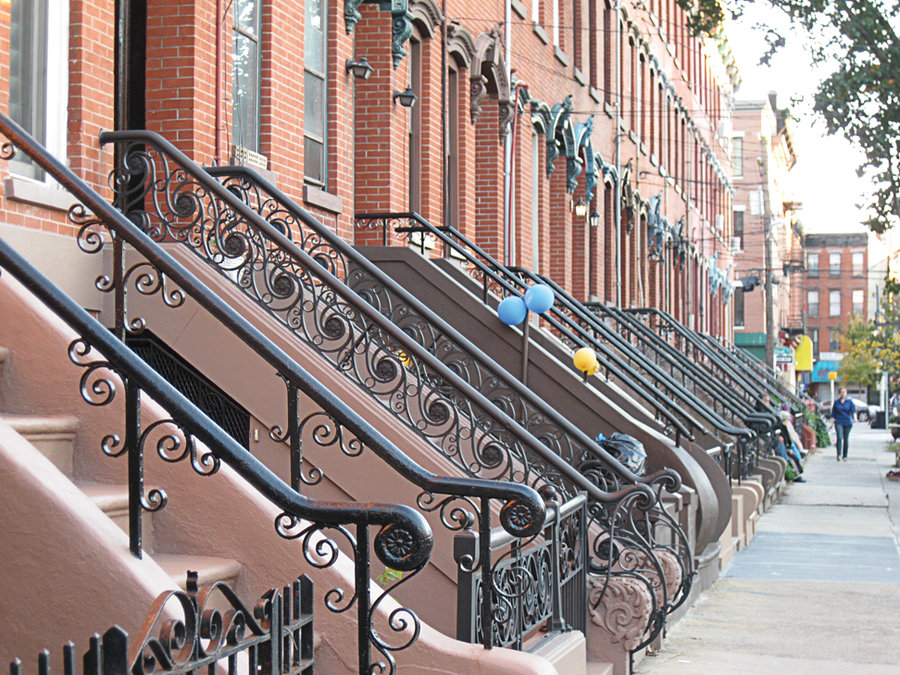 DOWNTOWN IS HURTING – Home owners and renters in the downtown area have been hit hard by the revaluation. State officials hope to give them help.
×

DOWNTOWN IS HURTING – Home owners and renters in the downtown area have been hit hard by the revaluation. State officials hope to give them help.

Bowing to the wishes of Jersey City Mayor Steven Fulop, the state legislature has declined to advance a bill that might have provided some relief to residents facing sharp increases as a result of the revaluation of their property.
Two co-sponsors of the proposed legislation, State Sen. Sandra Cunningham and Assemblyman Raj Mukherji, said on Friday that the legislative committee considering the bill will not release it for the full legislature to vote.
Its third sponsor, State Sen. Brian Stack, was unavailable Friday to discuss the legislation’s reversed course.
Stack appeared before the Journal Square Neighborhood Association on May 21 to explain that the legislation would have delayed the impact of the recent property revaluation in Jersey City, as well as other towns.
“The bill would delay implementation of the division-ordered revaluations until the next calendar year, in order to minimize the adverse effects of implementing the revaluations in two ways,” the legislation explained.
Municipalities that did not apply revaluation results to tax bills before April 1 would have been allowed to postpone implementing the new assessments until Jan. 1, 2019, under this bill. That would have allowed the tax increases associated with the revaluation to be spread over four quarters in 2019, rather than two quarters if implemented in 2018.
Because the Jersey City revaluation is backdated to January 2018, residents with a tax increase will have to pay higher August and November tax bills because they underpaid in February and May.
The delay would have also allowed the state legislature to review the impacts of the state-ordered revaluation, possibly amending the law or adopting alternatives in the way revaluations are implemented.

The state ordered Jersey City and two other towns to conduct their revaluations two years ago, under Gov. Christopher Christie. This came after newly-elected Mayor Steven Fulop had stopped a revaluation in 2013 that had been started by the previous administration.
With Jersey City experiencing a real estate building boom and an influx of new home buyers seeking more affordable housing, some residents believe that the impact would have been less had Fulop let the revaluation underway in 2013 continue. The city had not done a revaluation since 1988, and the revaluation that was just completed has led to a massive increase in assessed values in some properties.
Fulop on Twitter said the revaluation was done properly and fairly, and opposed any further delay in implementing it, partly because the revaluation did lower tax assessments on some residents. The delay the implementation would have required these properties to pay more this year while waiting for the revaluation to take effect.
About half of the 43,000 residences in Jersey City saw their assessments reduced as a result of the revaluation. The other half saw their assessed values rise, although only a portion saw drastic increases – many of these in downtown Jersey City, the Village area, and the Heights.
Ward E Councilman James Solomon, who represents many of those who saw the highest increases, said he supports the legislation.

Stack told the neighborhood association that he has received a number of complaints from residents in Jersey City, as has Cunningham.
Both legislators represent parts of Jersey City and because local officials have claimed their hands are tied because of state law, Stack and Cunningham had become a source of hope for many affected residents.
“I was in touch with Brian Stack, who at least seemed to be attempting to address the issue,” said Jersey City resident Barbara Winard. She said she supported the legislation because of the proposal to have taxes retroactive to last January. “To have the reval be retroactive to January is the most unnecessary and cruelest choice. This, after we had been told at meetings about the reval last fall that the new taxes would begin in the fall of 2018. The added charges would make it even more painful for the many people who can’t afford the new taxes.”
Winard is also worried about a collapse in resale value due to the spike in assessments.
“It seems likely that the price of buildings and apartments downtown will fall as buyers realize the number of buildings moving towards the market,” she said. “My source tells me that there are no hard numbers yet in terms of price decreases. However, (one source) is seeing a lot more inventory and days in the market. That will lead to price cuts. He cites as examples that there are currently 18 one-family homes on the market, but that in the last 30 days, only two have gone into contract. And, of course, the revaluation was based on the value of homes in October 2017, which will no longer be valid once prices start to decrease.”
Residents are seeking legal help to protest their new revaluation, she said.
“We met with Appraisal Systems to protest ours, and recently received word that, after they saw photographs of the state of the interior and exterior of our building and a list of comparables lower than their estimates, they cut $20,000 off our estimated value,” Winard said. “Also, those who have gutted and renovated their buildings or apartments have largely been given the same valuations as those who haven’t. As you know, the valuations are mostly based on square footage and location.”

Renters being force out by reval?

Stack also told the Journal Square Neighborhood Association that the revaluation also had an impact on renters. Some of the complaints say landlords seeking to remove long time residents have threatened to call immigration authorities.
“These landlords are telling residents they will have their immigration status checked,” said one resident at the Journal Square meeting.
Several members of community groups downtown said the impact on renters is horrendous as well. Landlords faced with hefty tax increases are raising rents.
“Some renters who have been living downtown for 30 or 40 years are being forced out,” one Van Vorst Park Association member said.
Those who are holding on suddenly find themselves having to choose between paying rent and eating.
“We’re seeing as many as 2,000 people coming to our soup kitchen and our food pantries month,” this source said.