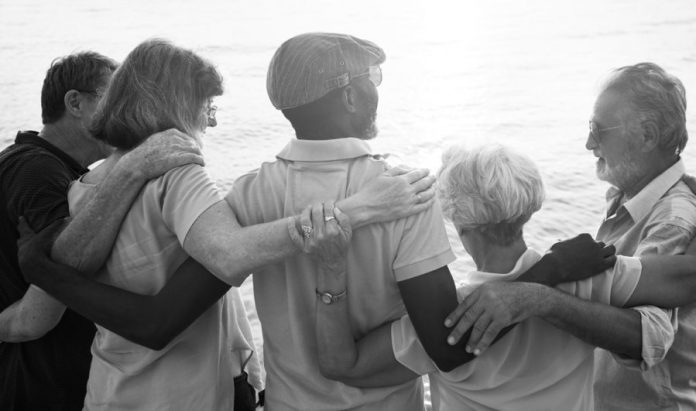 Alzheimer’s is a sneaky disease. You don’t always know you have it until it starts to interfere with your daily life.
June is Alzheimer’s Awareness Month, meant to raise awareness.
“A person might start losing stuff,” said Robyn Kohn, director of programming for Alzheimer’s Association of Greater New Jersey.
People with early onset dementia may still be employed, but may start losing executive functions, such as how to open their computer.
“Some of them try to hide it,” Kohn said. “But it’s better if they talk about it with their human resources person. They should not be shamed.”
Some may not know they have it until it has seriously progressed. If they catch it early, they can take steps to mitigate some of the social and economic issues that are associated with the disease.
Other people in the office or at home might also notice early warning signs, such as odd behavior.
“If someone comes to an event – say as a volunteer – and they are wearing a winter coat and hat in summer, that might be a sign,” Kohn said. “People need to open their eyes. This could mean something.”
Alzheimer’s attacks brain nerve cells causing loss of memory and changes in behavior. The Alzheimer’s Association of Greater New Jersey is reaching out to educate people and offer access resources that people might need.
“The number of older Americans is growing rapidly, and so too is the number of people living with Alzheimer’s,” Kohn said.

Hudson County, one of the most densely populated regions in the country, may be particularly affected. While the disorder usually affects people older than 65, it can afflict those younger. It also targets African-Americans and Latinos.
African-Americans make up about 15 percent of the population of Hudson County. A recent study shows that of all African-Americans here over age 65, 38 percent can expect to be diagnosed with some form of dementia. In addition, Hudson County is 42 percent Latino, and 32 percent of those over 65 can expect to contract the disease.
Statewide, 17 percent of the whole population is projected to be diagnosed with the disease by 2025. As of 2016 – the latest data available – more than 180,000 New Jersey residents have been diagnosed.
Death from the disease has increased 125 percent from 2000 to 2015. With Baby Boomers – those born from 1946 to 1966 – aging, their children – sometimes called The Sandwich Generation – see a huge impact.
Although the first diagnosed case was in 1907, most experts believe the disease has existed long before that, but was called other things.
Most assumed that it only struck people over 65. But as it turns out, people as young as 50 are getting it as well.

Healthcare providers point out the impact on the profession. An estimated 450,000 New Jersey residents serve as caregivers.
“It takes more than one person to care for a person with dementia,” Kohn said, “and as many as 85 percent of caregivers have negative emotional health as a result.”
Kohn, who has been a caregiver for 12 years, said the disease takes a toll on family. “It puts a strain on people suddenly responsible for aging parents,” she said.
This comes from depression and being isolated. Caregivers often have little or no social relationships and have no one to discuss their challenges with.
“It’s critically important to prove hands-on support,” Kohn said.
Kohn said Hudson County has resources to help the person with the disease as well as caregivers, but many people do not know how to access them. Jersey City’s Office on Aging has a number of programs and Hudson County government has some as well. There are also non-profit groups.
They may help with access to vision doctors, home health aides, transportation, elder law, respite care, and such.

The Alzheimer’s Association of Greater New Jersey provides a hotline to help connect people to these resources. The hotline number is (888) 272-3900 and operates 24-hours a day 7 days a week.
“Any time you call, you speak with a real person,” Kohn said.
Hudson County is particularly challenging because of the many languages that get spoken here.
The hotline provides translation service for 200 languages.
Alzheimer’s Association also offers access to a local support group.
She said there are things that can be done to resist progression of the disease, such as eating healthily and cognitive enhancement.
“People need to exercise the brain on a daily basis,” she said. “This can be done through reading or even listening to audio recordings.”
Caregivers can help disease victims by reading to them.
“It’s important to keep a journal, write down and give a copy to a health care provider,” Kohn said. This could lead to an early diagnosis, and can benefit a person by physically and financially.
People need to plan out their finances for the future, particularly with a financial advisor.