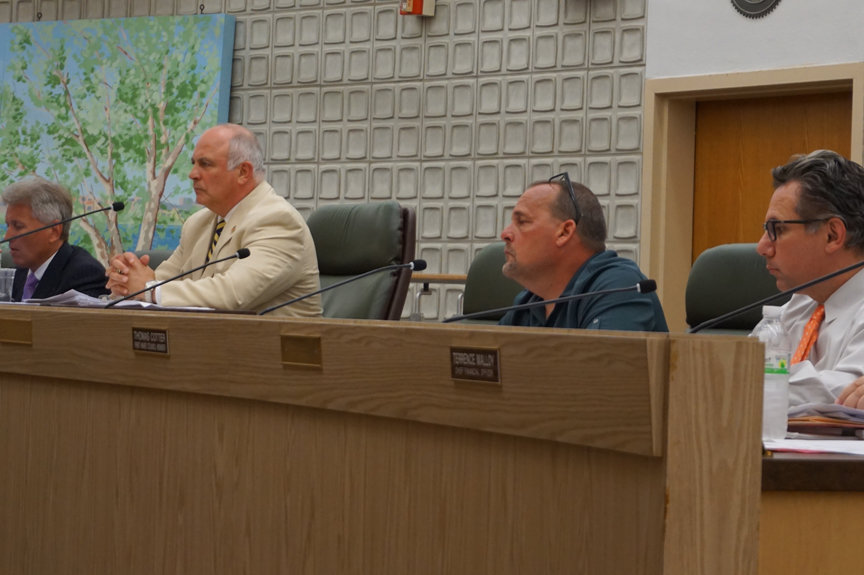 The Bayonne City Council voted against exploring the option of replacing the city’s building inspectors with a private contractor.
×

The Bayonne City Council voted against exploring the option of replacing the city’s building inspectors with a private contractor.

The Bayonne City Council unanimously voted down a resolution on June 20 that would have explored the possibility of outsourcing building inspection labor to a private outside firm. Privatizing the city’s building inspections would ostensibly save the city money in salaries and benefits forbuilding inspectorsand reduce the risk ofdelays for the surging number of construction projects.
The city would not have the option of supplementing temporary outsourced labor because of a state statute that requires municipalities to choose one or the other: in-house or outsourced building inspection. A similar resolution was voted down in 2016.
The permitting process is critical to the scheduling of construction projects, and developers must wait for the city’s Construction Division to determine whether or not the project adheres to building codes for things like plumbing and electrical.If the construction project is delayed, the city’s finances could be jeopardized because many of the large construction projects have financial agreements that stipulate regular payments to the city based on rental revenues.
“The level of service would not be the same,” said Third Ward Councilman Gary La Pelusa, whose ward includes many ongoing construction projects, including on the former Military Ocean Terminal Base. “I don’t think this is a good fit at all, and I’ve seen the efficiency of this department, and I think it’s run very well.”
“I’m not for privatization,” said Councilman-at-large Juan Perez. “So, I vote no.”
“I’m telling you right now, if you go to a third party, you’re going to get people from God knows where who probably don’t care about Bayonne,” said Joseph Benkert, a Bayonne building inspector.“They’re just there for the money, and they’re going to take it and leave.”
The Construction Division in Bayonne is built to handle a slower pace of construction than the city anticipates.
“It’s not about the number of permits; it’s the size of the permits,” said Business Administrator Joe DeMarco. “You can have 20 single-family homes, and that’s not a big deal. But for one 600-unit building, that’s 600 bathrooms, 600 kitchens, 600 rooms with outlets, 600 stairways, fire sprinklers. You have an inspector that presumably could spend a week inspecting one building.”
The question is not whether the city needs to beef up its Construction Division, it’s how it will go about doing that.
“If we need more inspectors, we can add more positions. They’ve added positions in all kinds of different departments before,” said La Pelusa.“It would be nothing new.”
DeMarco, on the other hand, is concerned that new building inspectors would be only temporarily needed and could lead to layoffs down the road.
“When the thing dies down, because it’s not going to be forever, then you would have to do layoffs,” said DeMarco. “The point of what we were trying to do, which got lost, was to explore the option to see if it was feasible. The council decided that it’s not worth the headache.”