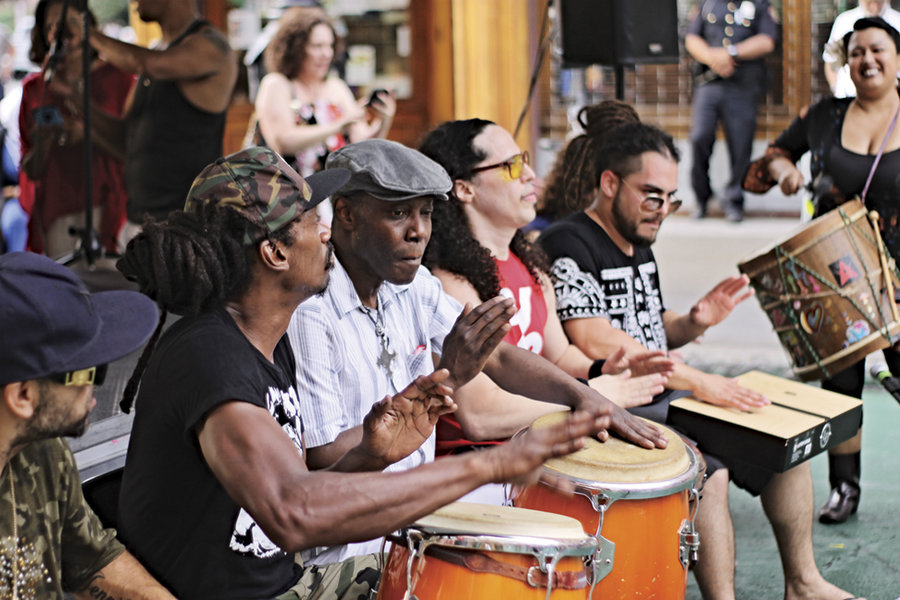 In a move that could intensify local protests over immigration policy, the Hudson County Board of Freeholders voted July 12 to renew the county’s contract with federal authorities to house immigration detainees at the county jail. Many of the 800 detainees currently held at the jail are not there because of crimes or immigration violations, but because they’re being detained by ICE for confirmation or legal status or other matters.
Freeholder Bill O’Dea complained that none of the freeholders actually read the 10-year contract before approving it.
Under the new contract, the county will receive $120 per day per detainee held at the Hudson County Correctional Facility in Kearny. This is a $10 increase from the previous contract. The contract will net the county about $10 million overall.
The jail also has approximately 400 traditional prisoners held on criminal charges.
Hudson County is one of four detention centers in New Jersey used by federal Immigration and Customs Enforcement (ICE) to detain immigrants.
The program came under scrutiny over the last two years when at least six people died at the jail, either from suicide or as a result of other issues. At least one of those deaths was a detainee. Several scathing reports revealed significant medical and other problems in both the jail and in the detainee section. While county government scrambled to rectify these problems, critics blasted the county for maintaining ties to ICE.
Chia-Chia Wang, of American Friends Service Committee Immigrant Rights Program, Sally Pillay, of First Friends of New Jersey and New York, and Johanna Calle, of New Jersey Alliance for Immigrant Justice, all expressed outrage over the vote last week.
Although the contract helps offset the cost of operating the jail, critics claim the facility serves as a significant source of political patronage jobs.
Freeholder Joel Torres tried to get the freeholders to delay the July 12 vote, but could not. He and Freeholder Bill O’Dea voted against the renewal.
“I’m torn on this,” O’Dea said. “If we don’t house these detainees, they will likely get shipped off to the facility in Essex County – which also renewed their contract with ICE.”
The county contract does not require the county jail to meet the stricter new 2011 federal medical standards, but O’Dea said Essex County’s facility does.
“I voted against this, but I understand some of the arguments in favor,” O’Dea said. “If we don’t house them there, they will get shipped someplace else. Some could even wind up in Montana. We can be more helpful to them if they remain here. But I have a problem with our justifying this because of the $10 million. I find that a little Trumpesque.”
The original proposed contract was for 15 years, but a legal opinion from the county attorney said the freeholders could authorize it only for 10 years.
“We thought we had an agreement to hold this over until the August meeting since nobody actually has seen the new contract,” O’Dea said. “We were told the contract hadn’t changed from the last one except for the increased rate.”
But apparently pressure from the county administration forced the freeholders to vote on July 12.
County Executive Tom DeGise said there was no reason to wait a month since the contract wording was the same as the previous contract.
“If you talk to families of those detained, they would much rather be close by to Hudson and Bergen counties than to be shipped to someplace like Texas,” DeGise said. “We don’t capture them; we don’t try them; we don’t punish them; we only house them.”
DeGise said the county responded to activists’ issues and stopped screening traditional prisoners for immigration status last year.
Freeholder Anthony Romano, who voted in favor of the contract, said he did not want to see immigrants being sent to facilities elsewhere in the state and the country.
“We treat our detainees better than most places,” he said.

The contract renewal comes at a time of significant pressure for the county to cease cooperating with federal authorities in housing immigrants.
Protestors in Jersey City launched a campaign in June to oppose the separation of families stopped at the borders, a national issue.
But there are also serious problems locally. ICE has been particularly aggressive in Hudson County, where agents have been waiting outside courtrooms to nab immigrants charged with minor offenses, according to former Gov. Jim McGreevey and other local officials.
McGreevey, director of Jersey City’s workforce development program, said this practice has been a huge problem.
“People do the right thing to appear in court for something minor only to get detained,” he said. “ICE agents are waiting for them as they come out. Even when they get probation, they can be nabbed and detained.”
Jersey City Mayor Steven Fulop called the contract renewal “crazy.”
Two years ago, Fulop and the Jersey City Council established Jersey City as a sanctuary city, which means police and other officials will not cooperate with federal immigration authorities unless the person is wanted for a serious or violent crime.
The irony of the freeholders’ move is that Hudson County is considered one of the most diverse counties in the country, and that a significant portion of the population is made up of immigrants.
State Sen. and Union City Mayor Brian Stack has also ordered local police not to cooperate with federal authorities.
This issue is bound to have political repercussions, since both Stack and Fulop are seeking to unseat County Executive Tom DeGise in 2019.
DeGise said the vote against the contract was political posturing since O’Dea and Torres are Fulop allies.
“Fulop Tweeted at the same time that ICE should be disbanded,” DeGise pointed out.
Immigration issues are bound to take center stage during the 2019 Democratic primary for county executive, and possibly in the 2019 general election. Union City and Jersey City could generate enough votes to unseat DeGise, despite the fact that DeGise has support of the Hudson County Democratic Organization; his daughter was recently voted chairperson of the CDO.