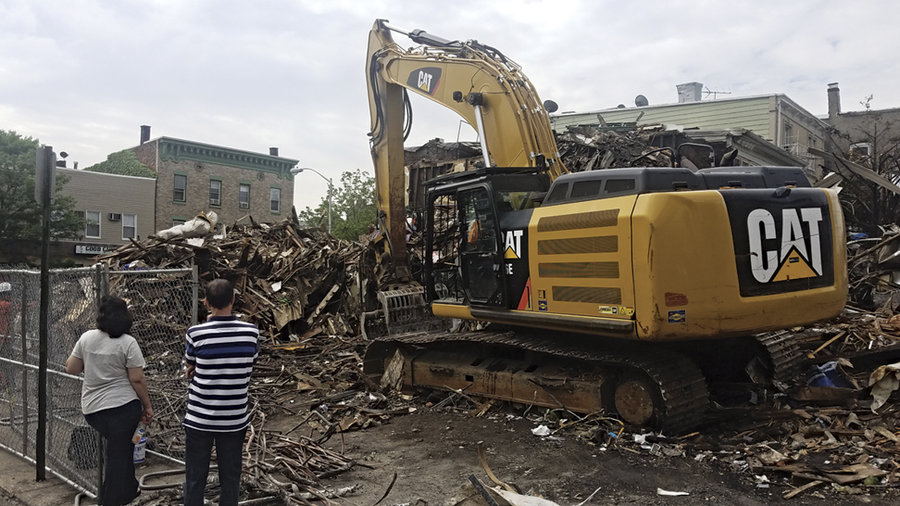 The rate of structure fires has been on the decline nationally since 1977.
×

The rate of structure fires has been on the decline nationally since 1977.

When a Bayonne resident perished in a fire that took down a popular pizzeria and tutoring center on Broadway in June, the community was devastated and, as always, stepped in to help the families affected by the blaze.
Unfortunately, structure fires are a normal part of life in Bayonne, as they are in many other local towns. News choppers run footage of house fires, and photos of burning buildings fill the pages of newspapers.
Fires have always been news—that’s probably been true for 400,000 years—but the prevalence of fire stories often distorts the facts. In fact, the long-term trend shows a decline in structure fires. Meanwhile, fire departments are getting better and faster at extinguishing house fires.
Here and across the country, structure fires, outside fires, and vehicle fires peaked in 1977 and were in decline until the late 1990s when the number leveled out, according to a report on fire loss in the U.S. by the National Fire Protection Association.
“The national trend applies in Bayonne,” said Bayonne Fire Chief Keith Weaver. “The bigger fires make the papers, which are the multiple-alarm fires, so residents will see those larger fires.”
Even though fires have declined overall since 1977, the number of structure fires has fluctuated in Bayonne since 2000, a year that saw only four multiple-alarm fires. In 2015, the fire department recorded 17. In 2017, there were 11, and so far in 2018, six.
“Generally, [structure fires] have been in the single digits since 2000, and in the last two years we’ve reduced them by 50 percent,” Weaver said.

What structures are at risk?

Fires are generally more likely to occur in separated, one- and two-family homes and can spread more easily in the small spaces between the homes. And the older the home, the more likely it is to catch fire.
“Our bread-and-butter operation is the one-to-three family home,” Weaver said. “The houses have always been closely spaced, so our tactics have evolved. When we arrive, we have to contain the fire as best as possible.”
Even with a long-term decline of structure fires, the likelihood of dying in one hasn’t changed much since 1977, when 8.1 deaths per 1,000 fires was recorded. As of 2016, that number was 7.8, according to the data.
The American Red Cross of NJ provided assistance to more than 1,800 families after 767 disasters in 2016. In 2017, it provided assistance to 1,900 families after 820 disasters, according to Red Cross Communications Director Diane Concannon. So far, the number of disasters this year is on track to surpass 2017.

But it’s real stories, not statistics, that raise awareness of the issue. Fire departments across the country participate in fire prevention programs, and many organizations support those affected by home fires. The American Red Cross of NJ, for instance, provides temporary lodging, food, clothing, mental health services, and medications, by enlisting a vast network of volunteers.
“When we see families in need of emotional support, or sadly fatalities, that is where we call in the disaster mental health services,” said Concannon. “Based on what the family’s needs are, we provide that assistance.”
Other organizations, such as the North Hudson Community Action Corporation, also provide support. The most vital support system, however, comes from family and friends, especially in the community.
“Bayonne neighbors are always there to help. It’s a positive that comes out of a negative situation,” Weaver said. “It’s amazing the power of the community. Everybody here steps up to the plate.”
Those who want to help can volunteer for the Red Cross to help educate the public about fire safety and be there for families affected by structure fires. Furniture donations are also encouraged at gogreendrop.com, which serves the American Red Cross.
The Red Cross sponsors the Sound the Alarm initiative, which promotes fire safety, provides free smokes alarms, and helps develop escape plans. “We’d love for people to volunteer for the campaign with us,” Concannon said. The goal is to reduce injuries and fatalities by 25 percent nationwide. To volunteer, visit redcross.org/volunteer.

A war of words over three Hudson County hospitals in crisis