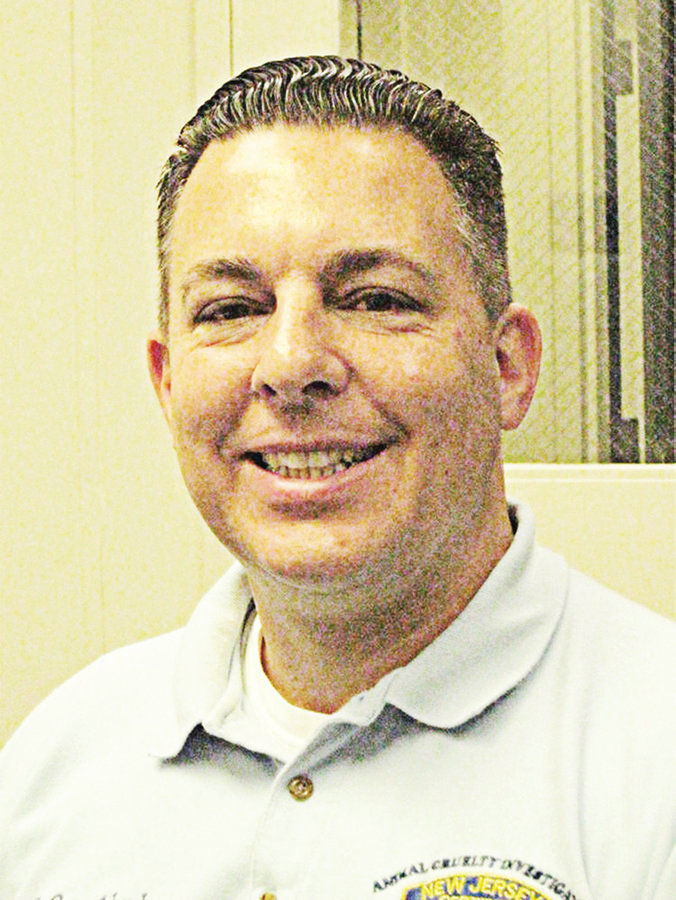 The former security director who was fired from the North Bergen Housing Authority after negative NBC News reports about him is suing the agency, alleging wrongful termination, and the lawyer the agency hired to investigate him.
The NBHA – the agency that oversees the township’s federally-funded low-income housing – terminated Geoffrey Santini in March after an NBC News report alleged he rarely showed up at the NBHA buildings, and used an NBHA-funded vehicle partly for his private animal control business. Santini had animal control contracts with several New Jersey towns.
The NBC report came after authority insiders contacted them with the allegations, according to the media outlet.
Santini alleges in his suit that the agency had no problem with his use of the vehicle. He also alleges that because he spoke out against violations and corruption inside the agency, the NBHA took retaliatory measures.
“The position of director of security is an upper management salaried position, not an hourly position, that required Santini to be available at all times of the day and week to supervise and manage his staff,” the lawsuit reads, responding to the low-show allegations.
NBC had followed Santini around for several days to determine when he was showing up at the NBHA.
The suit also alleges that Authority Director Gerald Sanzari – another defendant in Santini’s suit – knew Santini was sometimes working at his animal control company, and was okay with that.
Santini’s lawsuit accuses Sanzari of hiring a crony who wasn’t eligible to work at the authority, plus other allegations. Santini also says he repeatedly complained about a tenant living in an NBHA unit whom he said wasn’t eligible. That tenant could not reside in public housing because, as a government employee, he reportedly owned a home on the Jersey Shore, Santini said. When Santini told Sanzari this, Sanzari allegedly “ignored him, or told him, ‘This is the way it’s always done’,” the suit claims.
Santini also allegedly told Sanzari about another tenant who had various arrests. Under the rules of the federal department of Housing and Urban Development, which oversees public housing authorities like the NBHA, public housing tenants arrested on their property are subject to eviction.
In the lawsuit, Santini says he had also alleged that a high ranking NBHA official was closely associating with a known felon banned from authority property. Allegedly, the felon trespassed onto authority property and engaged in narcotics activity.
Santini said he hired a private investigator to perform undercover surveillance on the official to gather evidence for police. The investigator submitted a report a month later that “substantiated” the activities, but Sanzari refused to take any action, Santini’s lawsuit said.
During his tenure, Santini alleged that Sanzari ordered construction and renovations at the NBHA-owned Renaissance apartment building without the mandatory construction permits required by the town’s building department.
It’s not as if Santini didn’t benefit from the NBHA. The suit notes that he had a free studio apartment in the building, a perk of an additional position as the Renaissance’s assistant building manager, a job Sanzari offered him around the time of his initial interview in June 2014. That part-time job came with a $25,000 salary.

“They created these allegations based on sheer nothingness.” – Louis Zayas

Though the lawsuit does not mention NBC as a defendant, it also takes aim at the outlet, arguing their report portrayed Santini “in a fall [sic] light and misled the public…” It also quotes Sanzari’s own statement he gave to NBC, after they confronted him in a parking lot during their investigation. Sanzari told an NBC reporter that “He [Santini] works 35, 40, 45 [hours]….I mean he comes in on weekends, too.”
Santini says that Sanzari used the negative publicity that the report and its followups generated as an excuse to terminate him because of his numerous complaints regarding illegal activity.
The suit names attorney Mark Tabakin, whom the authority hired to investigate the NBC report, as another defendant.
It alleges Tabakin led a “sham investigation,” claiming the lawyer never bothered to interview Santini regarding his NBHA employment. The NBHA also never filed disciplinary or RICE notices – a notification from a public state body that it will discuss an individual’s employment in an upcoming meeting – against Santini, he claims.
The suit says that the NBHA called Santini on March 5 to inform him he was on administrative leave, and was not to return to the authority for any reason. They also told him he could not return to his Renaissance studio apartment.
Regardless, Santini returned to the apartment to retrieve his belongings. Tabakin, Santini alleges, later wrote to him about the incident, accusing him of trespassing on authority property.
The suit seeks compensatory and punitive damages, attorney’s fees, and Santini’s reinstatement.
“Why did they fire him?” asked Louis Zayas, Santini’s lawyer. “If you’re conducting an investigation, don’t you talk to the guy at the center of it? That was never done. They created these allegations based on sheer nothingness.”
Phil Swibinski, a spokesman for the NBHA (and, separately, for Mayor Nicholas Sacco), fired back in a statement. “Mr. Santini was terminated after a thorough and wide ranging investigation into his conduct, and we believe firmly that the decision to terminate his employment was justified based on the information discovered,” Swibinski said. “The North Bergen Housing Authority denies the allegations being made by Santini in this retaliatory lawsuit and we will vigorously defend against it in court.”

In June, former North Bergen Housing Authority staffer Carleen Earl filed a lawsuit against the North Bergen Housing Authority, as well as attorney Mark Tabakin, NBHA Director Gerald Sanzari, and Rose Tubito, another NBHA lawyer. Earl was fired from her job there this past May.
Earl’s suit alleges she endured a hostile work environment and retaliation for giving information to NBC News for recent investigative stories into the NBHA.
Earl had served as the NBHA’s acting executive director from 2011 through 2015. She had worked for the authority since 1988.
She alleges that officials also overlooked her for the full-time executive director position because she was not able to attend a fundraising event for Mayor Nicholas Sacco in 2015.
Earl alleges the mayor reprimanded her for not showing, and administrators told her “she was lucky she was not being fired.”
She claims that since 2015, it has been an implied requirement that all authority employees buy tickets to support Sacco’s fundraisers, and attend as well. (Sacco is a longtime state senator in addition to being mayor.)
Instead, Gerald Sanzari got the executive director job in March 2015 without sufficient housing experience, Earl alleges. She says the agency also allowed Sacco, up for reelection that year, to campaign inside authority buildings, while allegedly banning local activist Larry Wainstein, who was challenging Sacco.
Officials ignored her complaints about the alleged improprieties, she said.
Earl also alleged that officials moved her to another building and her job duties were limited in 2015 after she failed to attend the fundraisers.
In July 2015, Earl complained to Sanzari that an NBHA employee was stealing supplies and using them to fund a private side business, she says. However, she alleges, the employee was allowed to resign because he was friends with Sanzari.
She also complained that an NBHA apartment was held for an incarcerated man, that the authority charged legal fees to tenants, that certain people got to pay rents below their income requirements, and that Sanzari made sexually-derogatory remarks about women.
Earl also alleged that after she told NBC News of the alleged misconduct, including Santini’s alleged low-show work, the NBHA held private inquisitions with her and other individuals. Both Tabakin and Tubito conducted the inquiries, Earl said.
Eventually, as a result of her complaints to officials, and for participating in the NBC News report, officials terminated her, Earl alleges. Earl was one of six Housing Authority employees fired at the same time the FBI was investigating the agency as a result of the NBC report.
Her suit seeks compensatory and punitive damages, and reimbursement for legal fees and costs.
Mario Blanch of West New York, Earl’s attorney, refused to comment on the suit when contacted by a reporter last week.
However, Swibinski, on behalf of the NBHA, had a prepared statement.
“This patently frivolous lawsuit was filed by a disgruntled employee after she was terminated by the North Bergen Housing Authority for cause,” Swibinski said.
Swibinski also targeted Blanch, a longtime Sacco political opponent.
“It is telling that Ms. Earl is being represented by an attorney who is well-known for launching frivolous, politically-motivated – and ultimately, unsuccessful – attacks designed solely to discredit the current administration,” said Swibinski, who also serves as a spokesman for Sacco.

Facebook
Twitter
Email
Print
Previous articleLeonard Bernstein to be celebrated at Summer Concerts on the Hudson on Monday, Aug. 27
Next articleThe advocate