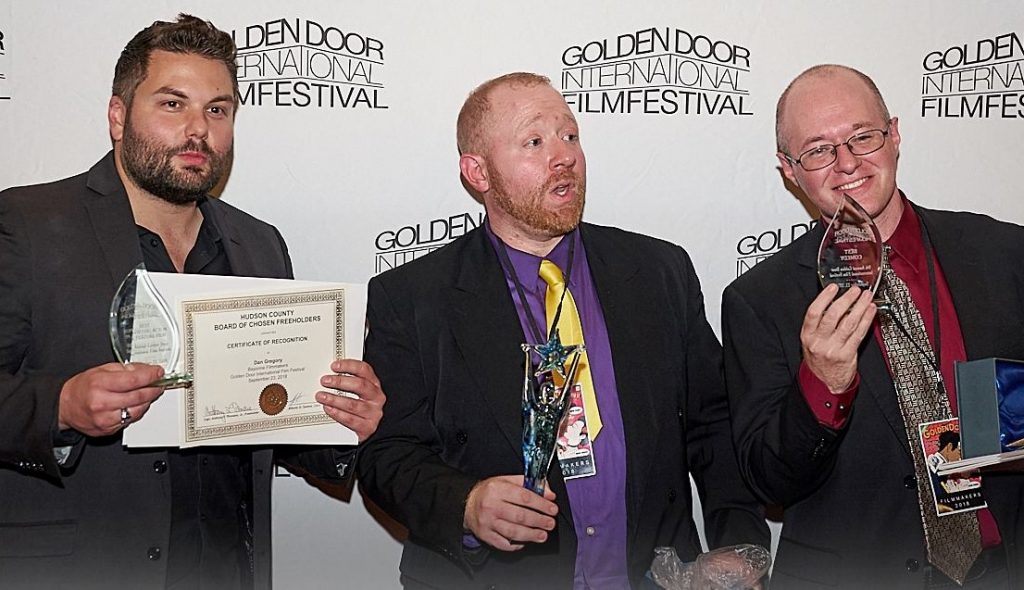 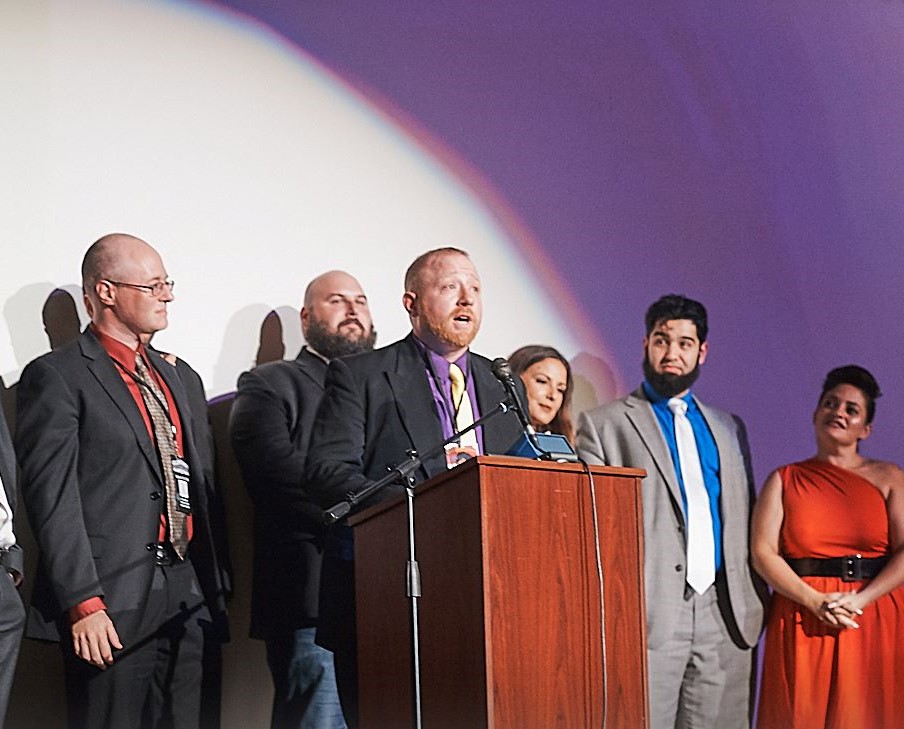 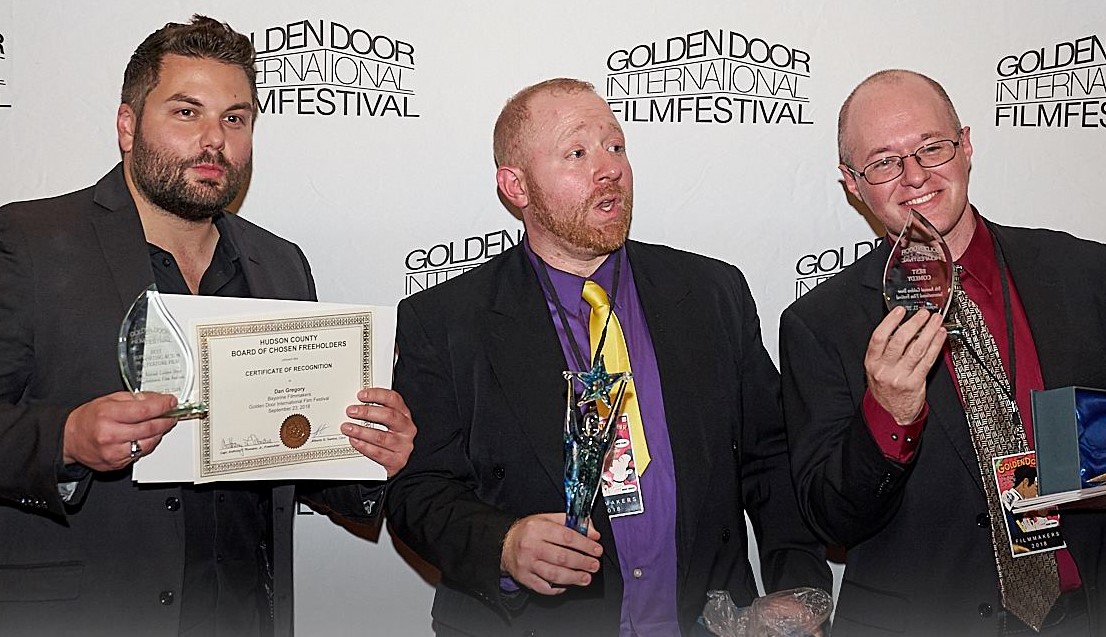 Seeing your face displayed on a screen in front a film festival audience can be stressful. The cast and crew of Yellow Scare, a black-and-white sci-fi comedy that takes place in an alternate reality during World War II, should be used to it by now. It’s their seventh time participating in the Golden Door International Film Festival, which is in its eighth year.

“It’s nerve-racking to me. I’m not a big fan of watching myself on screen,” said Dan Gregory, who plays a drunken pilot named Shamus. “I’m definitely there to support everyone else in the film.”

When his name was called as a winner for Best Supporting Actor, his nerves were racked a little more before he relaxed into gratitude and excitement.

“It took me a moment,” Gregory said. “I didn’t know I was nominated, and now I’m winning this award. In that moment I felt a sense of accomplishment and validation for a career that’s been 10 years in the making.”

“I hold my breath when the laughs come or don’t come,” said Sam Platizky, who wrote and starred in Yellow Scare as Rex Steel, the younger brother the protagonist, Happy Charlie Steel, played by Isaac Platizky, Sam’s real-life older brother who together founded Narrow Bridge Films in 2010. “When the laughs come, it feels great,” Sam said. “I know we’re pretty out-there as a company.”

Platizky described the company’s comic films in “the vein of Mel Brooks,” in the sense that “they’re not always politically correct.”

With today’s changing cultural norms and tastes, comedy writers feel like they’re walking a tight rope between humor and offense.

“It feels really good to win because when you’re making a project like this you don’t always get recognition.” – Sam Platizky

“It feels really good to win because when you’re making a project like this you don’t always get recognition,” Platizky said. “You don’t always feel successful at it. It’s a good boost, and it lit a fire under me.”

Attending a film festival and networking with other artists is inspiring for an actor, writer, and producer. Platizky now keeps the award on his desk at work, “to remind myself that this is just a day job.”

“We hope this gets us to a point where people want to invest in our movies to a higher degree,” Platizky said.

“To win an acting award propelled me forward,” said Gregory. “I realized it’s time to get to the next step. Mentally, this gets me to the next level.” His motivation and confidence also got a boost. Said Gregory, “I’m looking to grow as an actor and step up from local projects and do national projects that will be available worldwide.”