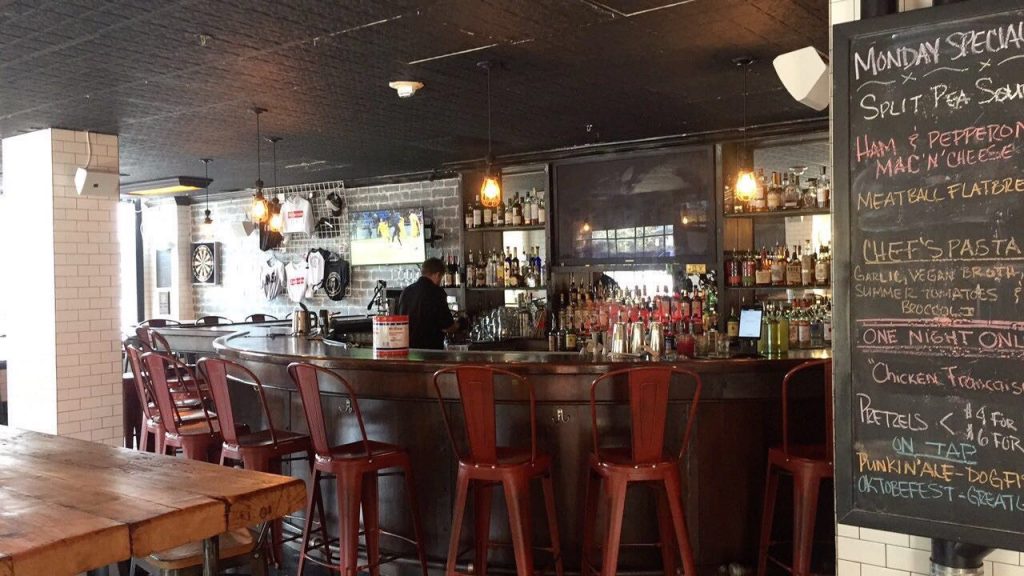 1 / 3
On Nov.5 Growing in Jersey City will host a networking event for creative people at Northern Soul Kitchen & Bar in Hoboken. 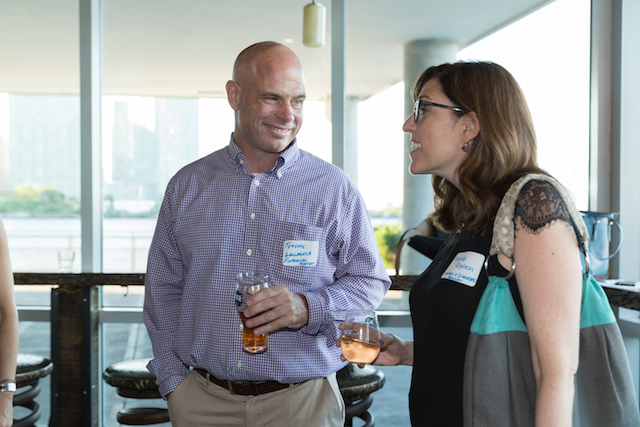 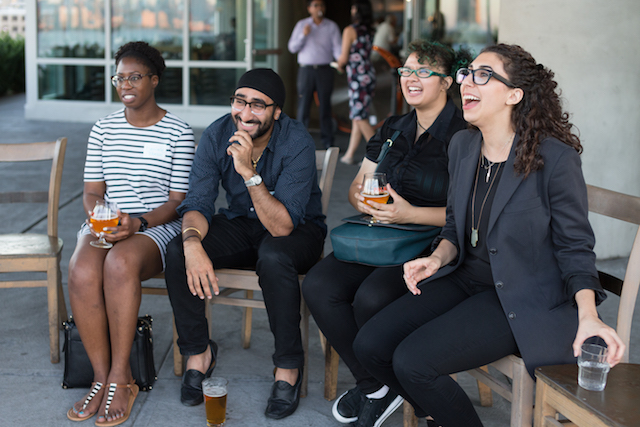 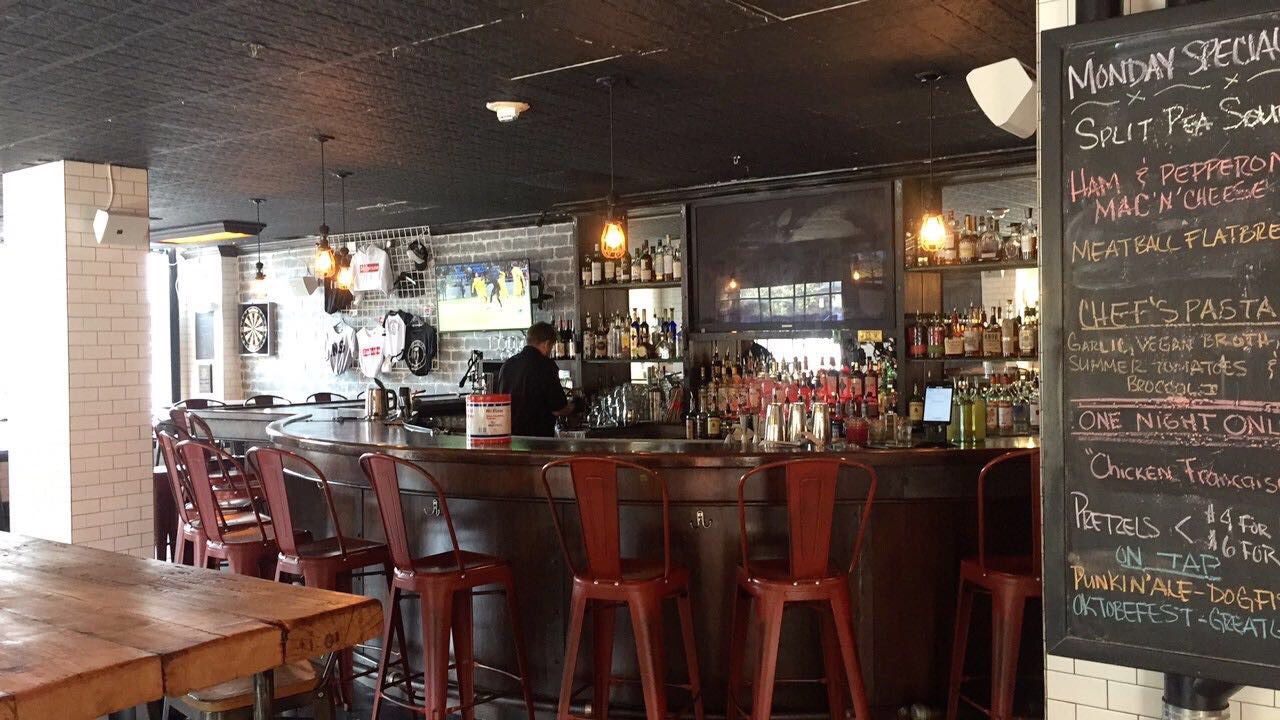 1 / 3
On Nov.5 Growing in Jersey City will host a networking event for creative people at Northern Soul Kitchen & Bar in Hoboken.

On Monday, Nov. 5, community members from around Hudson County are invited to a creative networking event in Hoboken, located near the Second Street light rail station. The event, hosted by popular website Growing in Jersey City,  is geared toward creative people, and all are invited whether they are a writer, artist, dancer, filmmaker, visual artist, blogger, entrepreneur, or anything in between. Light refreshments will be available.

“This will be a true networking event where people can make new connections, get together, and be around other creative people,” said Jenna Firshein, founder of Growing in Jersey City. “My goal, just like at all our networking nights, is to bring people together from throughout Hudson County.”

This will be the group’s first event to be located in Hoboken.

The guest speaker will be Hoboken’s own Caren Lissner, author of the popular novel Carrie Pilby, which was turned into a comedy film that’s currently streaming on Netflix and stars Nathan Lane. Lissner is also a journalist who has written for the New York Times and Atlantic.com.

“When I moved to Hoboken in the 1990s,” Lissner said, “I went to a meeting of the Hoboken Creative Alliance, and there was a whole roomful of people there, visual artists, musicians, writers, all talking about common interests. I paid a small fee to join and even got a tote bag. A month later there was another meeting. And that was the last meeting ever — more than 20 years ago. Hoboken and other towns should have more events like that now, where artists can meet each other and network, because Jersey City has several events each year like that. I saw one of them last December was even funded by the county. I’m glad Jenna is helping fill the void.”

Lissner noted that Hudson County has a lot of creative individuals, but they don’t meet as often these days. She noted that when people think of creative individuals, “They think of painters and sculptors, and we still have both here, but we also have photographers, filmmakers, writers, actors, play producers and directors, bloggers, musicians. I think Jenna’s event may help some of them discuss common issues.”

Other towns in Hudson County are developing arts communities as well, particularly Union City and Bayonne. People from all towns and areas are welcome at the upcoming event.

Firshein said she believes it’s hard to gather people in more solitary arts together because they are “typically more insular” than physical artists “who are much more open.” But she is hoping everyone will be able to take something away from the evening.

It will be from 7 p.m. to 9:30 p.m. and light appetizers will be served, with happy hour drink specials available.

Lissner will talk about the creative process, how her book — based on her “goofy, nerdy” experiences in Hoboken after college — became a movie, and how to overcome challenges in all creative projects, particularly getting published or produced.

The movie version of Lissner’s novel stars Nathan Lane, Gabriel Byrne, Bel Powley, Vanessa Bayer, and others, and is on Netflix worldwide. Besides writing novels, Lissner has published satire in the New York Times and McSweeneys.net; articles and essays in Atlantic.com, and investigative reports in other media. “Getting your writing published, or finding success with any type of creative venture is hard, but persistence pays off,” Lissner said. “We have lots of creative people in our area, but it’s always a struggle to find an audience and funding, and I’m looking forward to hearing other people’s stories and about their projects.”

Full-time, Lissner is the editor of the Hudson Reporter newspapers.

“I think everyone can take away something from Caren and from her talk,” said Firshein. “She is a writer, journalist, screenwriter, and she has a lot of insight and advice. I’m sure there will be lots of little nuggets that might help someone.”

Jenna Firshein began Growing in Jersey City in 2016 after moving to the area nine years ago and becoming inspired by the people and places in Jersey City and the surrounding towns.

The website ”shares the stories of the amazing people we call neighbors in Jersey City and the surrounding area,” said Firshein, and includes articles about people, places, and businesses throughout the county.

It also organizes and hosts several community-centric events such as monthly networking groups, as well as GJC Wellness Day in which attendees from all over the county participate in a day of fitness and wellness with local businesses. Over 30 local vendors contributed to a Health and Wellness Market in January.

“I’ve been to a few of Jenna’s events in Jersey City,” Lissner said, “including one at an art gallery in the Heights, where the gallery owner gave a talk. It was great.”

The creative networking event will take place on Monday, Nov. 5 at Northern Soul Kitchen & Bar located in Hoboken at 700 First St., one block south of the Second Street Light Rail station and about twelve blocks west of the Hoboken train terminal. It’s near the corner of First Street and Marshall Drive in downtown Hoboken, down the hill from Jersey City Heights.

For more information or to purchase tickets in advance go to https://www.eventcombo.com/e/GJC-Networking-Night—Creative-Edition-32356.

To learn more about Growing in Jersey City or to contact the host go to https://www.growinginjerseycity.com/

To read Lissner’s writing or contact her go to carenlissner.com.

Next elections may go to runoffs