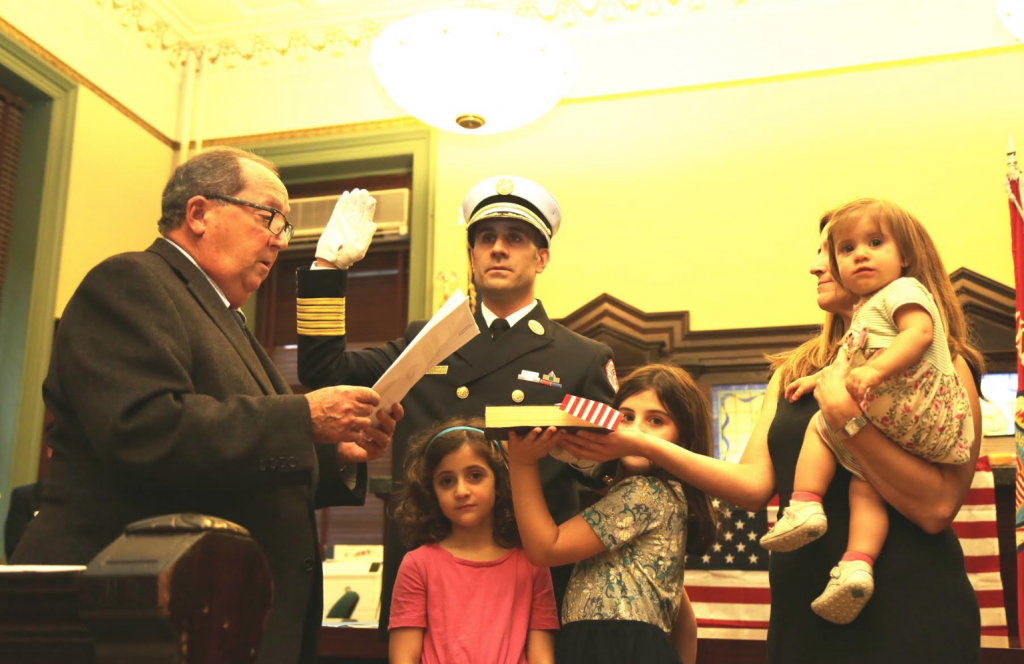 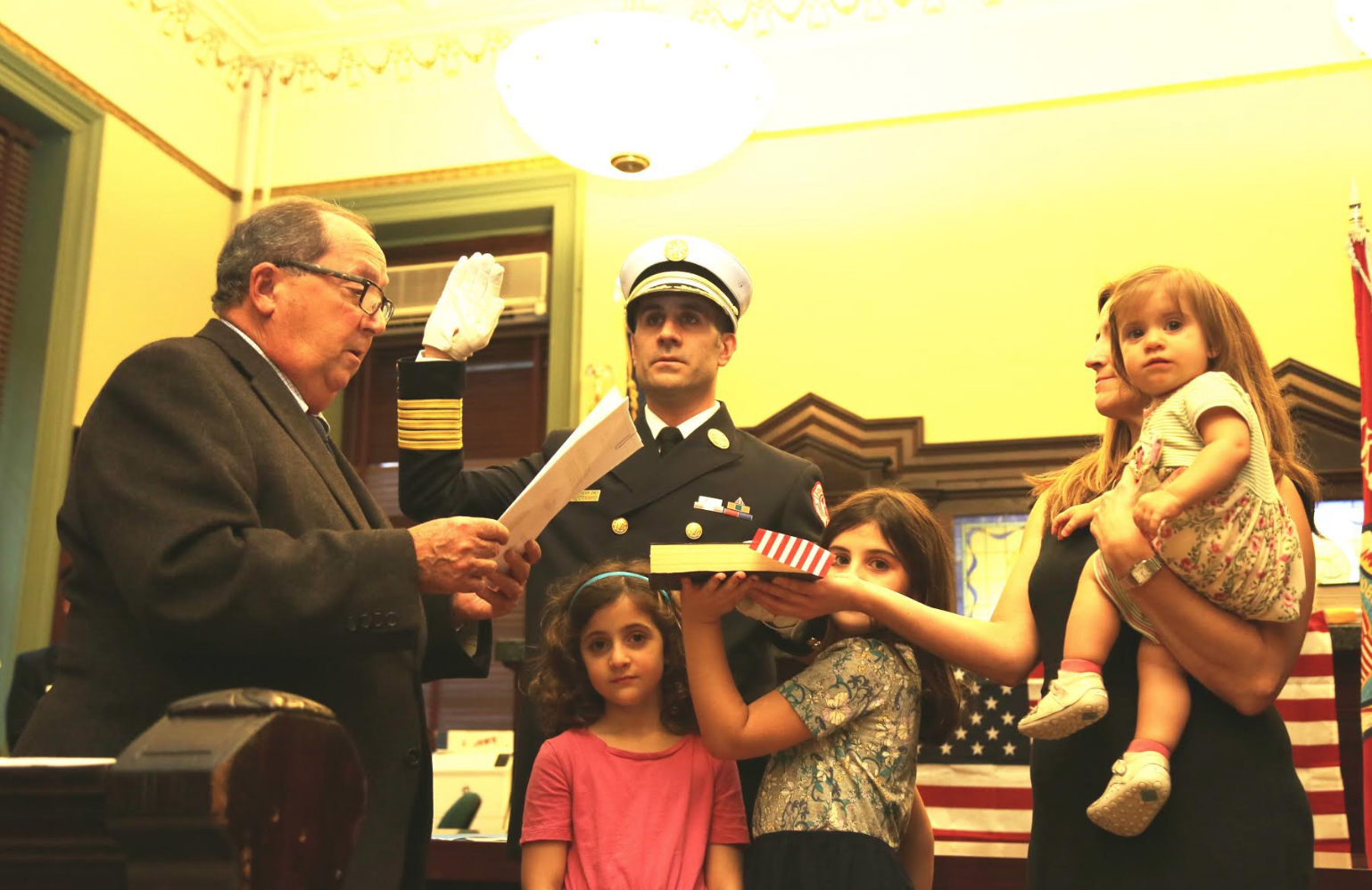 HOBOKEN-Provisional Fire Chief Brian Crimmins was sworn in as Chief of the Hoboken Fire Department on Monday, Oct. 15 after Mayor Ravi Bhalla appointed him to the position.

“In less than a year leading the department, Chief Crimmins has demonstrated a new brand of leadership for the department,” said Bhalla. “He’s established new standards of professionalism and preparedness, including facilitating training for firefighters to be better equipped in serving residents with autism. I applaud his efforts and look forward to his continued stellar leadership.”

“I am honored to dedicate my career to improving the resilience of our community and to promoting the finest fire department in the State of New Jersey,” said Crimmins.