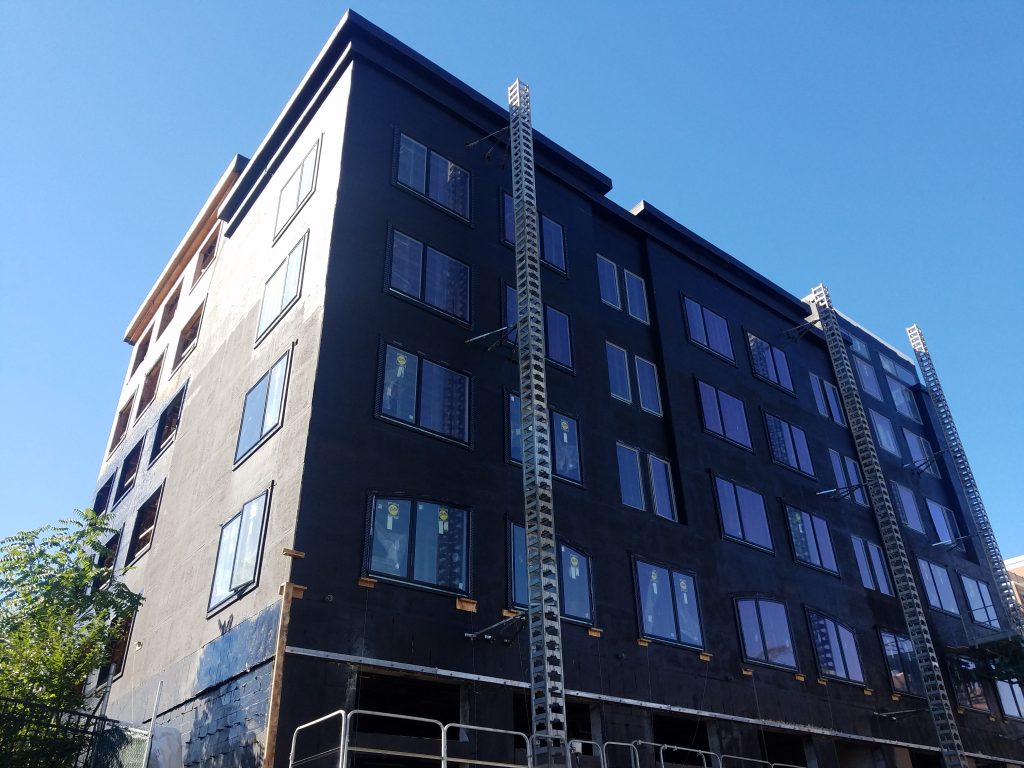 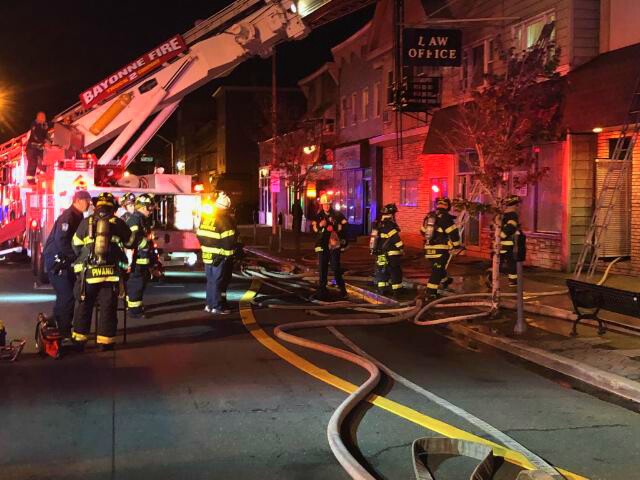 2 / 2
A fire broke out at CarePoint's urgent care facility.
× 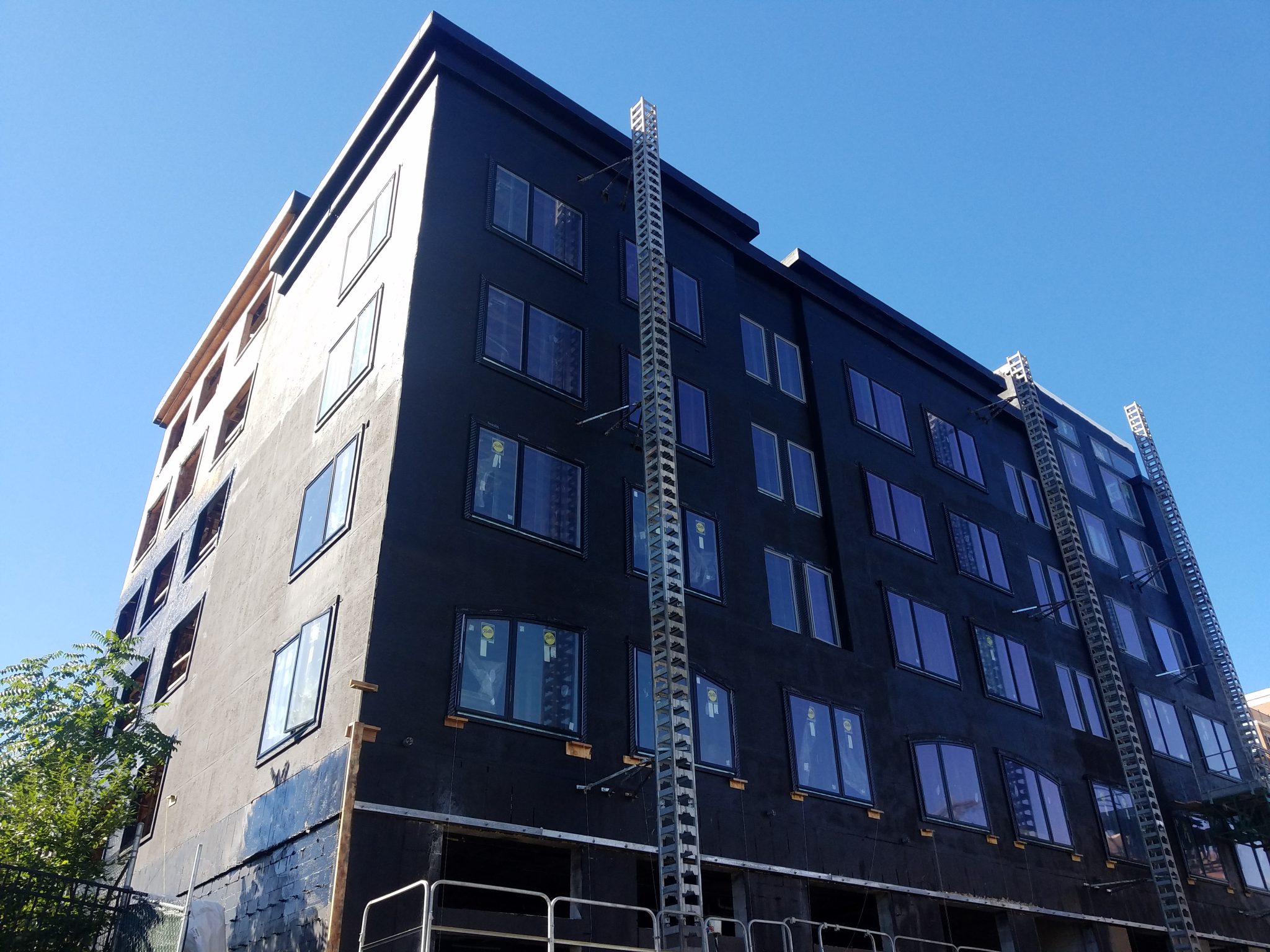 2 / 2
A fire broke out at CarePoint's urgent care facility.

A new 70-unit apartment building on Avenue E near the 22nd Street light rail station was evacuated on Oct. 16 after the storage of construction materials on the third and fourth floors bent a steel support beam.

“At this time, this is a localized issue within the building due to the storage of construction materials,” said Bayonne Fire Chief Keith Weaver. “Structural engineers are on the scene and it does not appear to be a major issue at this time.”

Only construction workers were evacuated; the eight-story building is still under construction and not yet occupied. The building is expected to be completed by spring of 2019. Marchetto Higgins Stieve Architects designed the building; Madison Hill Properties is the developer.

A fire on the second floor of CarePoint’s urgent care office on 654 Broadway was extinguished at around 10:30 p.m. on Wednesday, October 17, according to the Bayonne Fire Department. The BFD used three hose lines to contain and extinguish the fire, which extended into the attic space below the roof. No injuries were reported. The cause of the fire is not considered suspicious in nature and remains under investigation.

Bayonne’s transition from a manufacturing town to a bedroom community was featured in an October 3 NY Times story in the paper’s real estate section titled, “Bayonne, N.J.: Grit Gives Way to Luxury, and Skee-Ball.”

The story wouldn’t be news to Bayonne natives and residents, but interesting to people who might be considering moving here. The writer cited the city’s “pleasant sense of proximity,” its “low-key life” and renovations to the city’s parks, such as the $4 million renovation of Gregg Park, as reasons to move here. After all, since 2010, 6,000 new apartments were added.

The writer continued, “As apartments rise in Bayonne, new businesses are appearing on Broadway, a three-and-a-half-mile commercial strip lined with vintage bakeries, cigar shops and newsstands that often appear unchanged from the 1950s.”

The City of Bayonne and a joint partnership of three real estate developers, JMF Properties, RD Management LLC, and Accurate Builders and Developers, closed on a $11.7 million sale of three land lots totaling 15 acres on the 103-acre former military ocean terminal base (MOTBY). JMF Properties and RD Management are also developing a 240,000 square-foot retail center that includes a Costco Wholesale on Route 440. The land on which Costco is being constructed was purchased for $2 million in March.

The developers have plans to construct 651 rental units on Goldsborough Drive, within walking distance of the Costco, in the area of “Peninsula at Bayonne Harbor,” which city officials now call Harbor South. The project, which will include a resort-style swimming pool on the roof overlooking Bayonne Golf Course and a 820-space parking garage, is expected to break ground in the fall of 2018.

A car transporting Hillary Clinton to a fundraiser in Jersey City apparently hit a concrete crossbeam in a local parking garage. Clinton, who came to Jersey City to help raise campaign funds for U.S Senator Robert Menendez, was not injured.

The former secretary of state and first lady appeared at the Liberty Prime Steak House on Montgomery Street – two blocks from City Hall and from Exchange Place – when the vehicle she was in made a left turn into the underground garage and struck a pole.

The police report said the driver of Clinton’s vehicle drove into the Little Man Parking garage at 127 Montgomery Street which, had a marked clearance height bar.

“The driver stated her vehicle early cleared the entrance, but when she drove farther into the parking garage, she struck a concrete crossbeam that was not marked with its height,” the report said.

All five passengers, the report said, refused medical attention. The report listed three of the passengers as government employees, including members of the U.S. Secret Service.

The accident raised a lot of chatter on Twitter and other social media sites, mostly humorous comments such as “Clinton runs into the Trump wall.”

Gov. Phil Murphy announced on October 12 that the state’s minimum wage will be raised by a quarter on Jan. 1, according to the Associated Press. That’s $8.85 an hour, but it’s not enough, said Gov. Murphy, who is pushing for a $15-an-hour minimum wage. Lawmakers and the administration are still working out differences over how the wage increase should apply to tipped and seasonal workers.

In this election, two of the state’s 12 House seats—the 7th and the 11th congressional districts—are key targets of Democrats who hope to flip the House in their favor. Last weekend, PBS NewsHour Weekend said that though many Republicans are hoping the fight over Justice Brett Kavanaugh has energized their base in red states, it is much less likely to help the GOP candidates in these two districts—Leonard Lance in the 7th and Jay Webber in the 11th, respectively—because moderate voters hold the key to success.

Weeks before the election, African American leaders are pushing for accountability from state Democrats and Gov. Phil Murphy, according to NJ Spotlight. The community demands action on a range of issues, from restructuring the youth justice system to closing the racial wealth gap. At the NAACP New Jersey’s state conference on October 13 , the president of the New Jersey Institute for Social Justice, Ryan Haygood, said that 94 percent of Black voters supported Gov. Murphy, yet he “doesn’t have a specific plan for Black people.

Since 2000, pay for the 4.2 million teachers across the country has barely budged, according to the National Center for Education Statistics, resulting in mass strikes in states like North Carolina, Arizona, Colorado, Oklahoma, and West Virginia.

Using last year’s teacher salary data from K-12 districts across the state, NJ.com compiled a list of the 50 districts with the lowest median salaries. More than 100 districts paid their teachers a median salary of less than $60,000; a few paid less than $50,000.

The only district in Hudson County in the list of 50 districts with the lowest median salary is Weehawken, at $55,280. Bayonne’s median teacher salary barely cracked the bottom 50, with a median salary of $57,074.

At a round table in Berlin on Oct. 17, Gov. Phil Murphy emphasized that offshore wind energy is crucial for creating an innovation economy. He believes it’s an area where New Jersey can gain ground, according to ROI-NJ. The site’s managing editor is one of two New Jersey-based reporters following Murphy and filing stories during his nine-day trip to Germany and Israel. In the race to capture offshore wind, Massachusetts is ahead of New Jersey right now, Murphy admitted, but he said “we have everything at our disposal to catch up.”