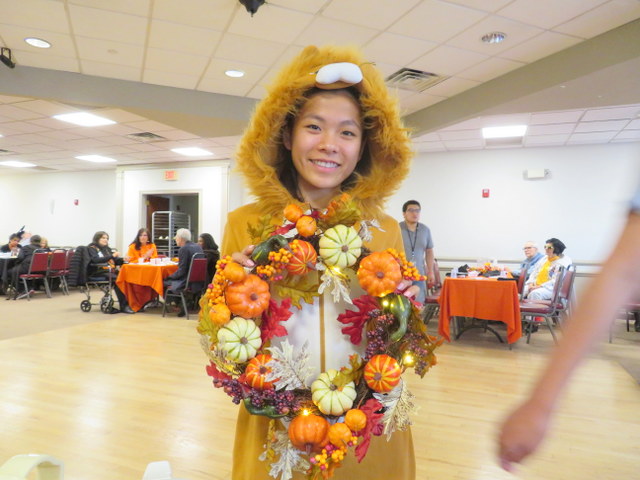 On a stormy Saturday, Oct. 27, the Weehawken seniors were treated to the Annual Halloween Party at the Weehawken Elks at 50th and Boulevard East.

“Elvis,” who has been married for 63 years, and her husband were present. Many ages were represented, including Marion with the orange scarf, who turned 100 recently and lives on the fifth floor in a building without an elevator (maybe that’s why she stays so healthy or maybe it’s her Dutch heritage).

Meatloaf, mashed potatoes, and corn were the main course. Cake and beverages along with a singing DJ was provided. Prizes were handed out for best costume. It was so difficult to judge that everyone received a top prize.

The event was sponsored by Richard F. Turner and the Township Council. Pictures thanks to Angela and Robert de Zeeuw.

Weehawken summer programs have something for everyone

Students and friends hold vigil for brothers who drowned in Bayonne