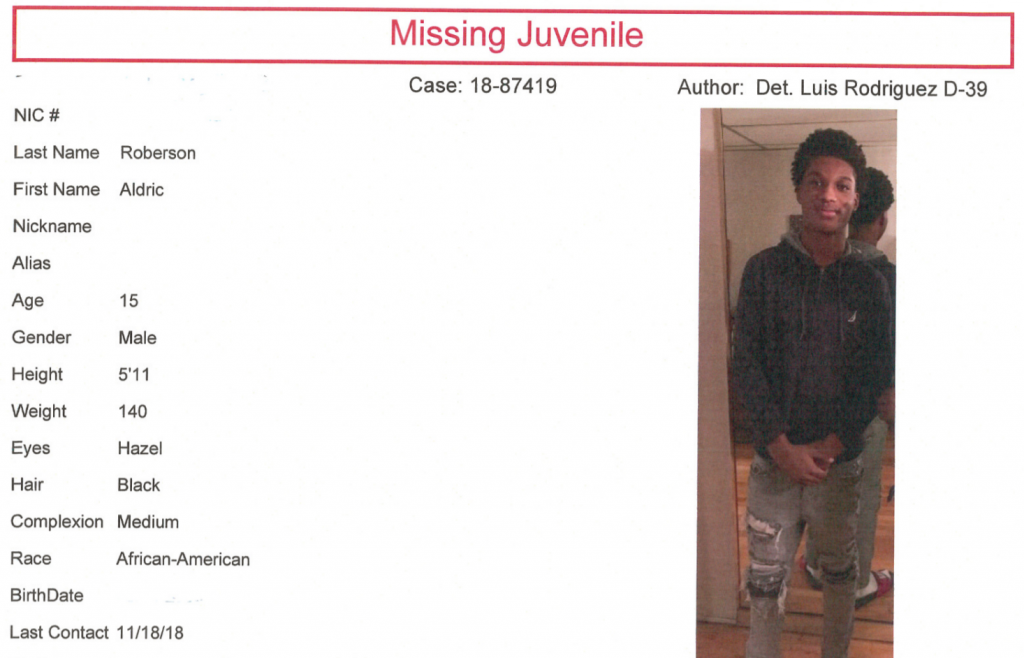 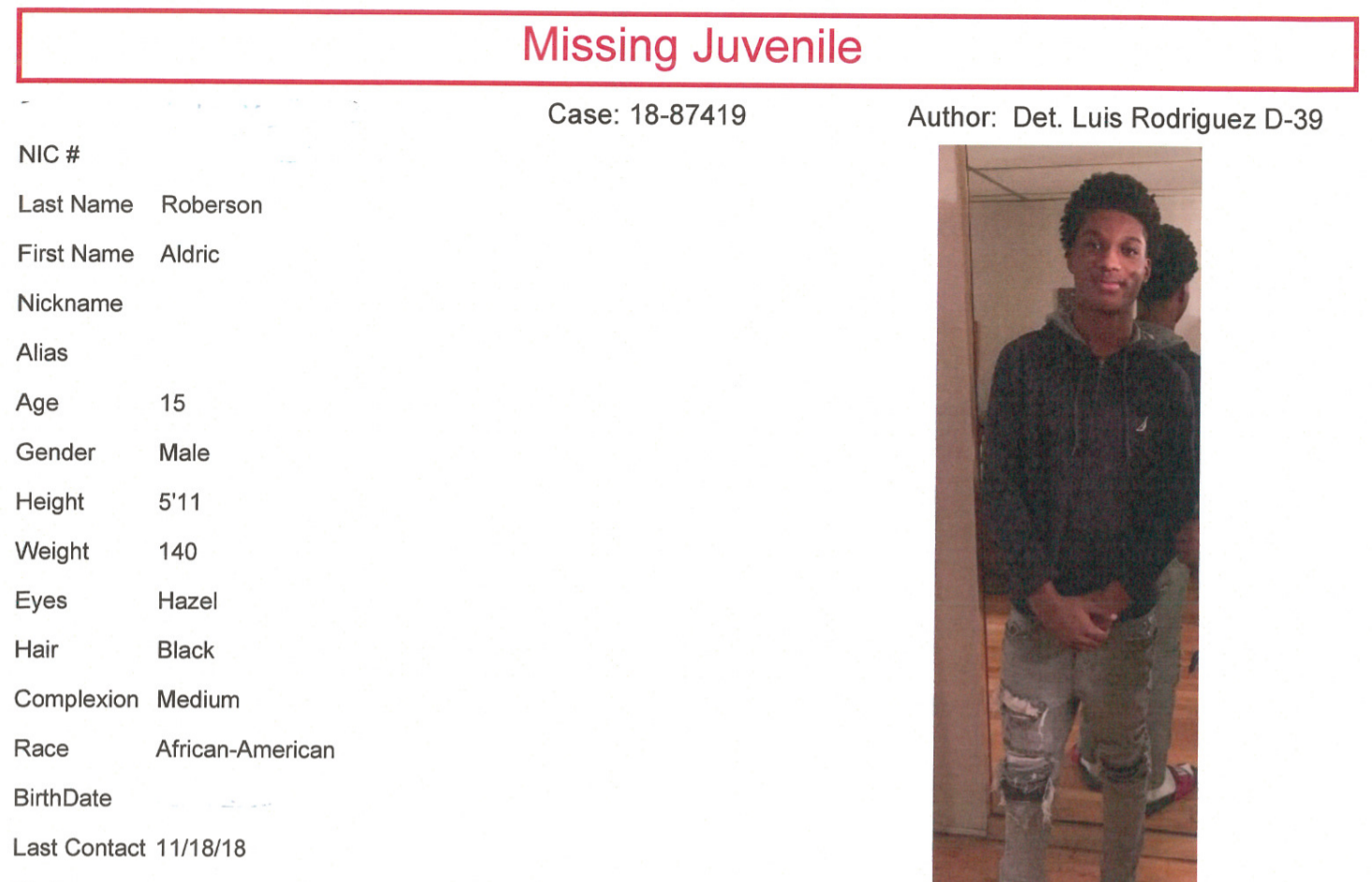 According to a press release from the Hoboken Police Department, the police are seeking the public’s help in finding a missing 15-year-old boy.

On Tuesday, Nov. 20, the 15-year-old, Aldric Roberson, was reported missing by his father, who reportedly last spoke with his son on Sunday, Nov. 18.

He’s approximately 5’11 in height, weighs about 140 pounds and has hazel eyes. He does not have any scars, marks, or tattoos; nor does he have any mental health disabilities.

Anyone with information as to Roberson’s whereabouts is asked to contact the Hoboken Police Department at (201) 420-2100/2131 or Det. Luis Rodriguez at (201) 420-5102/rodriguezl@hobokenpd.org. All information will be kept confidential.