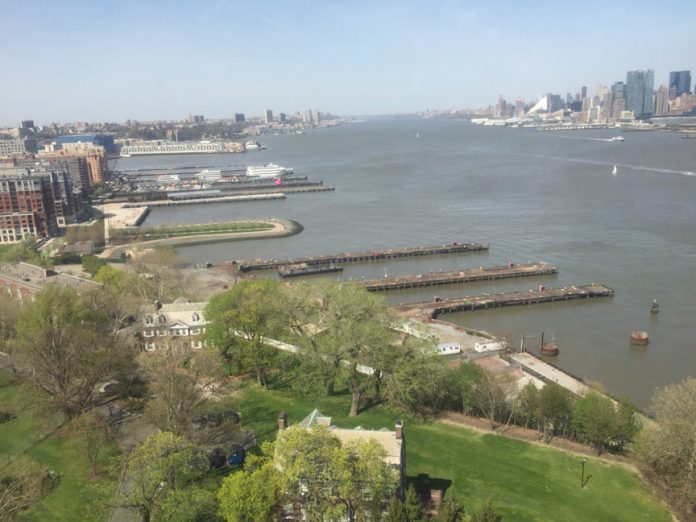 The letter was written after the U.S. Army Corps of Engineers granted NY Waterway permits to locate its ferry maintenance and refueling operations to Union Dry Dock on Hoboken’s uptown waterfront.

“We write to you to express our emphatic support for Mayor Ravi Bhalla and the City of Hoboken’s efforts to prevent a heavy refueling diesel depot at the Union Dry Dock property,” the Dec. 13 letter states. “As elected officials in Hudson County, we urge you to consider the detrimental environmental impact this will have for the residents of Hoboken and the surrounding region.”

The letter cites the governor’s commitment to clean energy by 2050, noting “With President Trump dismantling environmental agreements that will have devastating long-term consequences for our country, as elected officials we must do everything possible to continue sound policies that combat federal inaction on this critical issue. Nowhere is this more important than in coastal communities like Hoboken that are on the front lines of combating the effects of climate change and other challenges posed by the Hudson River. That’s why we are extremely concerned about the detrimental environmental impact of a heavy refueling ferry depot proposed by New York Waterway on Hoboken’s waterfront.”

The letter also notes issues with public safety and quality-of-life concerns because the property abuts Hoboken Cove where kayaking and paddle-boarding are popular.

The officials also refer to the city’s study of alternative locations conducted by Boswell Engineering that indicates that Lackawanna Terminal, also known as “Hoboken South,” is considered a more suitable site, along with several other sites along the coast.

The letter goes on, “As our leader, we enthusiastically support your agenda for a greener New Jersey, and we are both hopeful and confident that you will concur with the conclusions of experts that have studied this matter, and concluded that the Hoboken Terminal is the most appropriate location for New York Waterways refueling, repair and maintenance operations.”

Facebook
Twitter
Email
Print
Previous articlePayroll tax is the fault of too many generous abatements
Next articleNo Hoboken rules for bicycle riders?