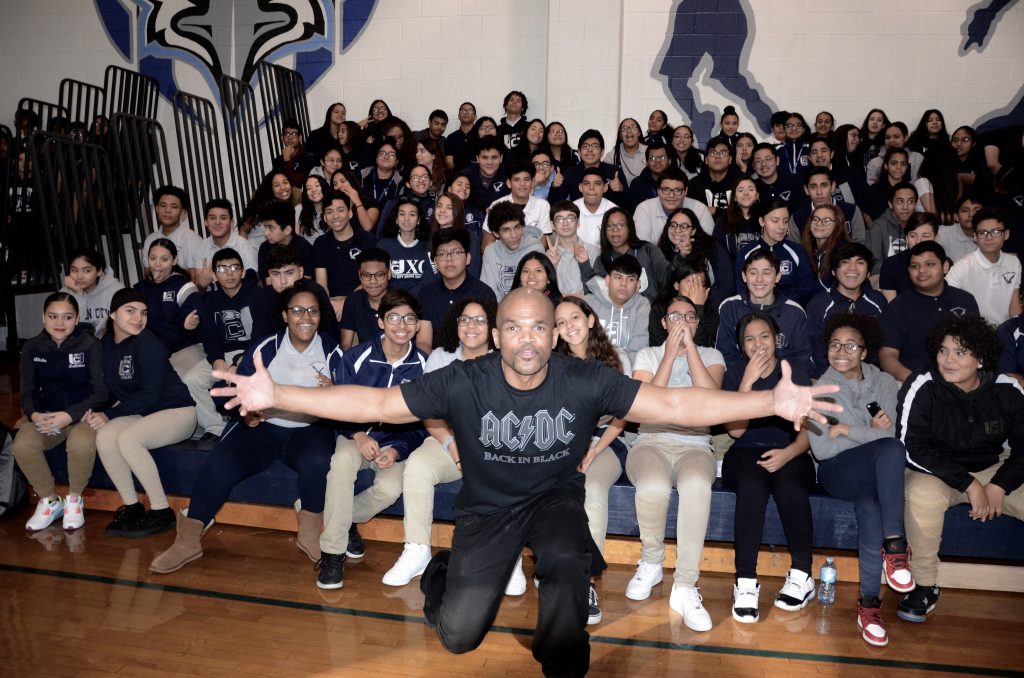 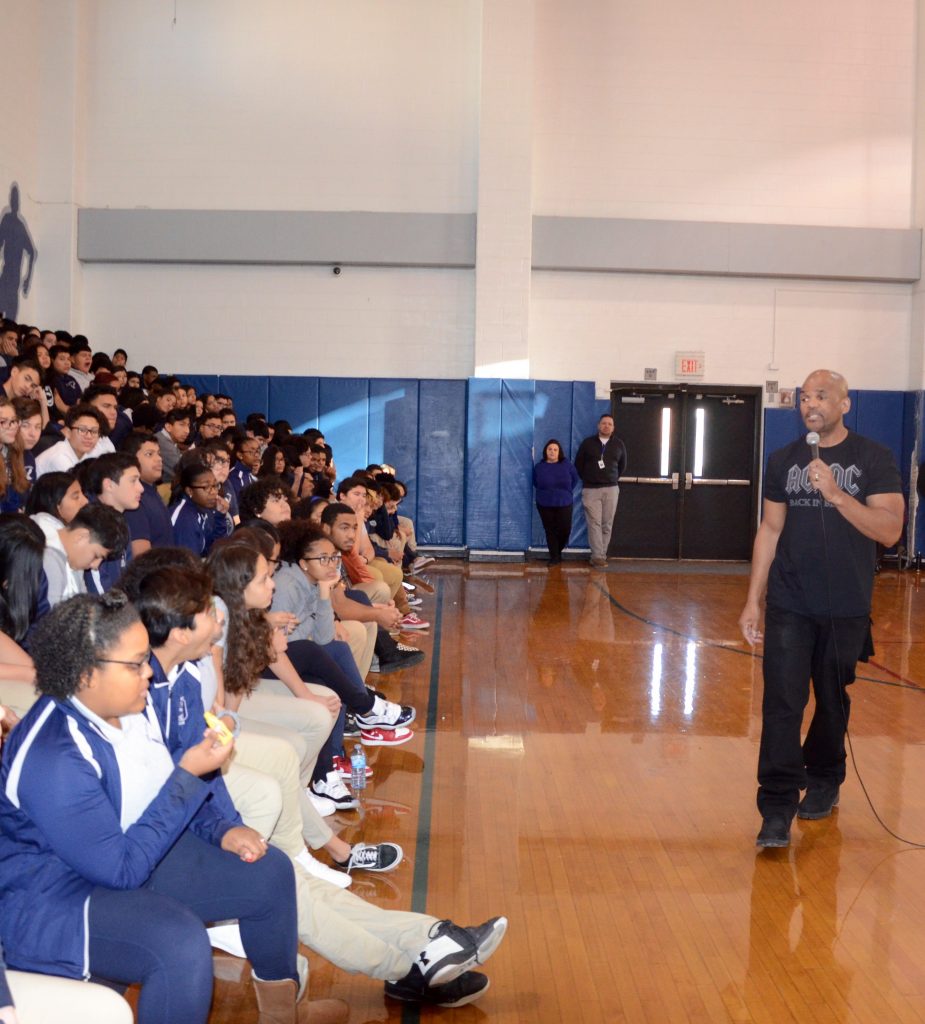 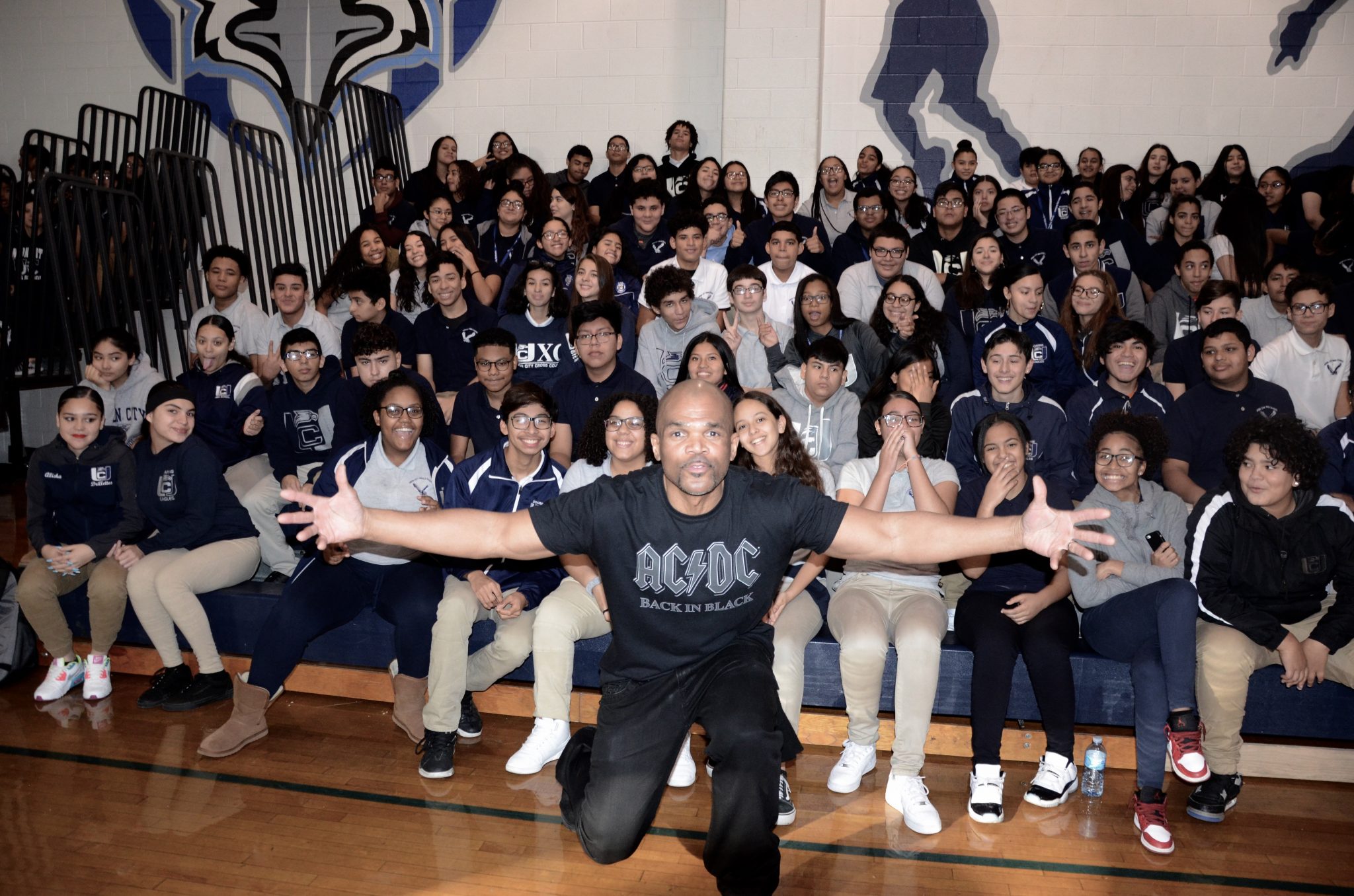 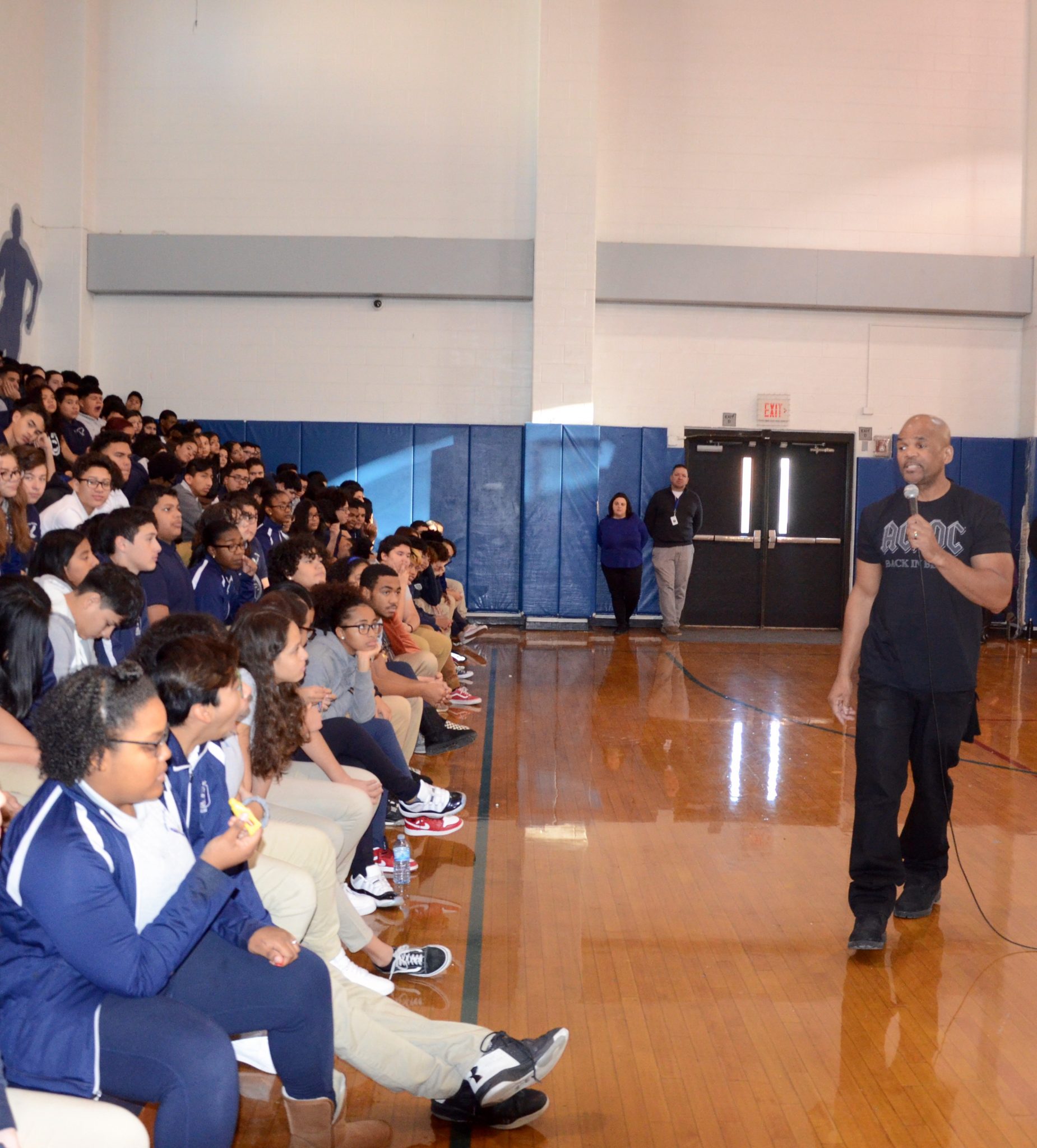 McDaniels is associated with a number of public speaking organizations, and offers free seminars focused on encouraging positivity and self-improvement. The critically-acclaimed Grammy winner, widely revered as a pioneer of hip-hop, talked about lessons he learned throughout his career, which encompasses music, film, and advocacy for the rights of foster children.

“He does these public speaking events at schools free of charge,” Principal Rudy Baez said. “He brought to us a very powerful message on perseverance, adversity, and being true to yourself. He talked about the importance of education above any kind of fame and fortune, and what he did to overcome being surrounded by negative outlets in his upbringing.”

Baez said they also talked with him about the discovery he had 10 or 15 years ago in which he learned he was adopted, and about everything he’s does in support of foster children.

His discography spans three decades after his debut began with Run-D.M.C.’s self-titled album in 1984, and includes solo works as well as collaborations with other artists. In 2006, McDaniels received the Congressional Angels in Adoption Award for his advocacy involving children’s rights.

“He highlighted the fact that vulgarity and violence were not part of his group’s lyrics.” — Kenneth Such

“He focused his message on the value of education and making good decisions in life,” said Assistant Principal Kenneth Such. “He highlighted the fact that vulgarity and violence were not part of his group’s lyrics as with today’s rap artists. McDaniels was well received by the students. He encouraged the students toward entrepreneurship and using social media to market themselves and their products.”