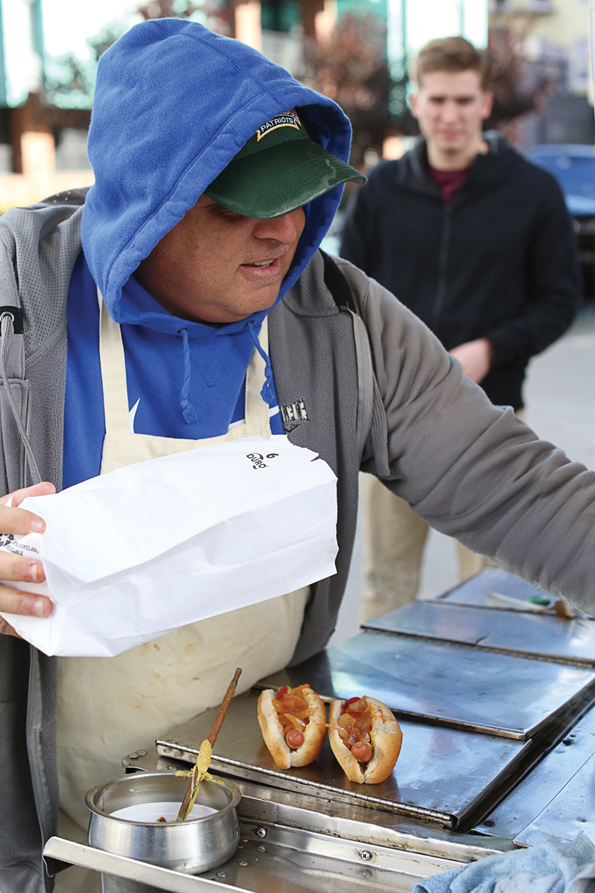 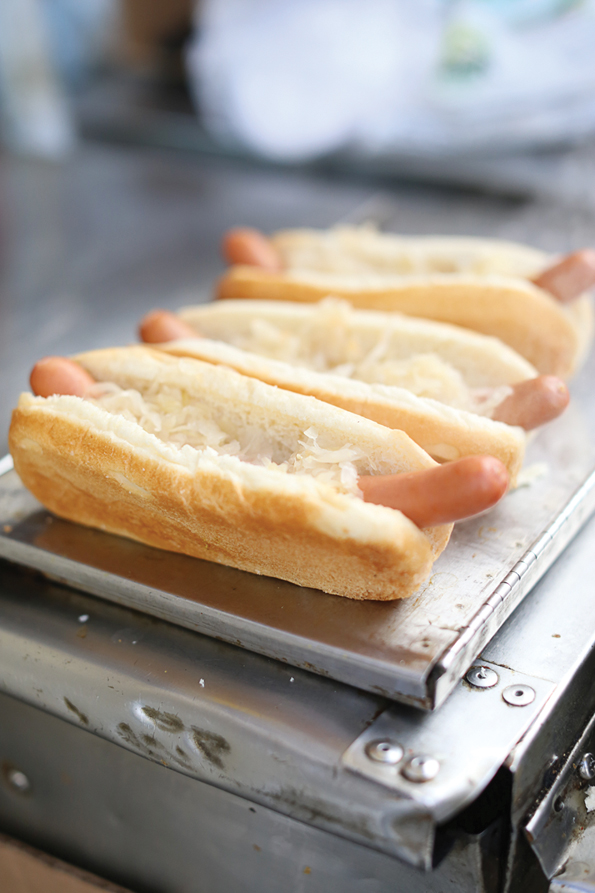 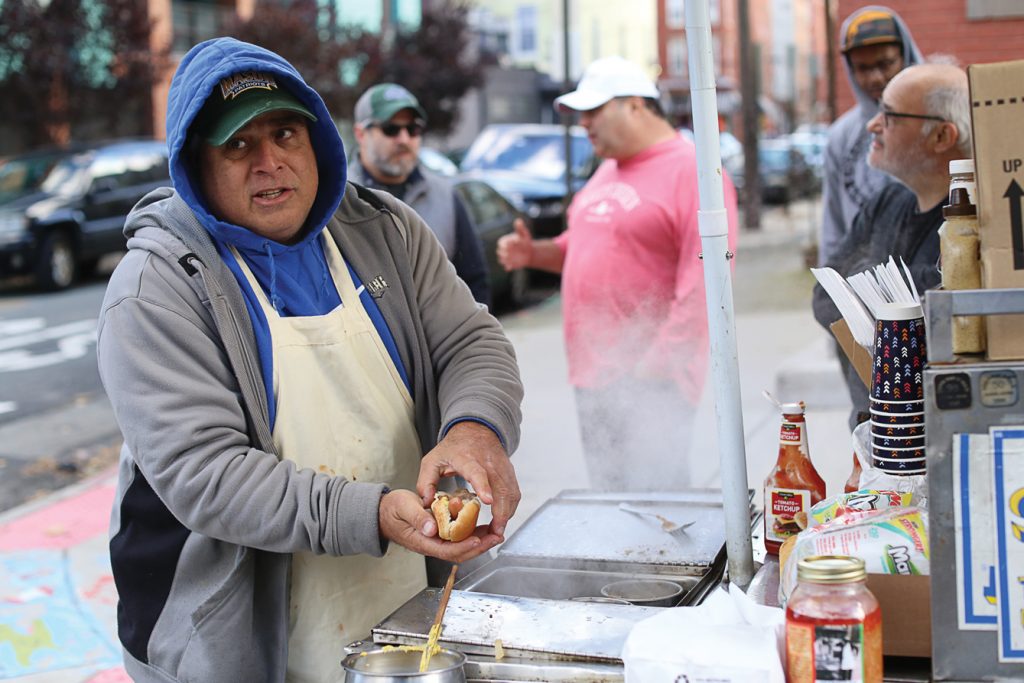 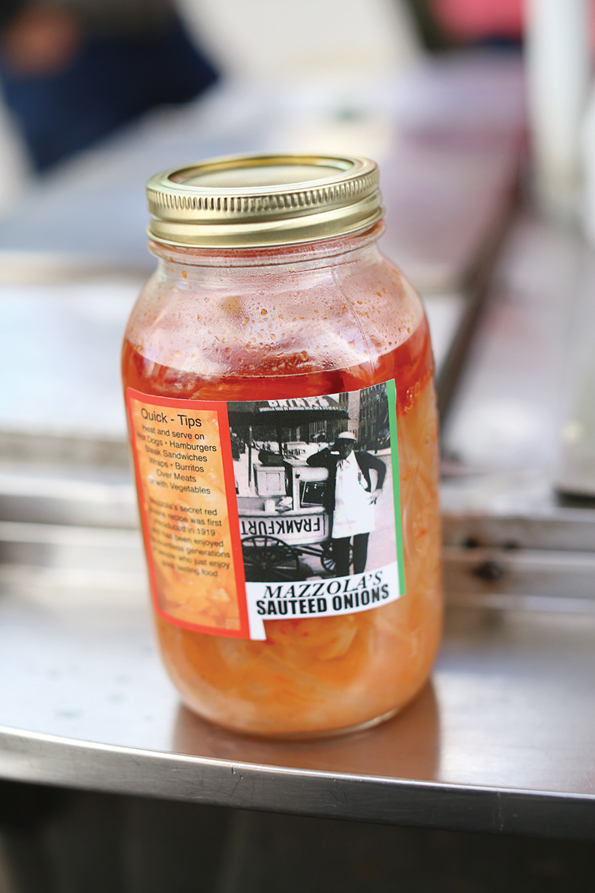 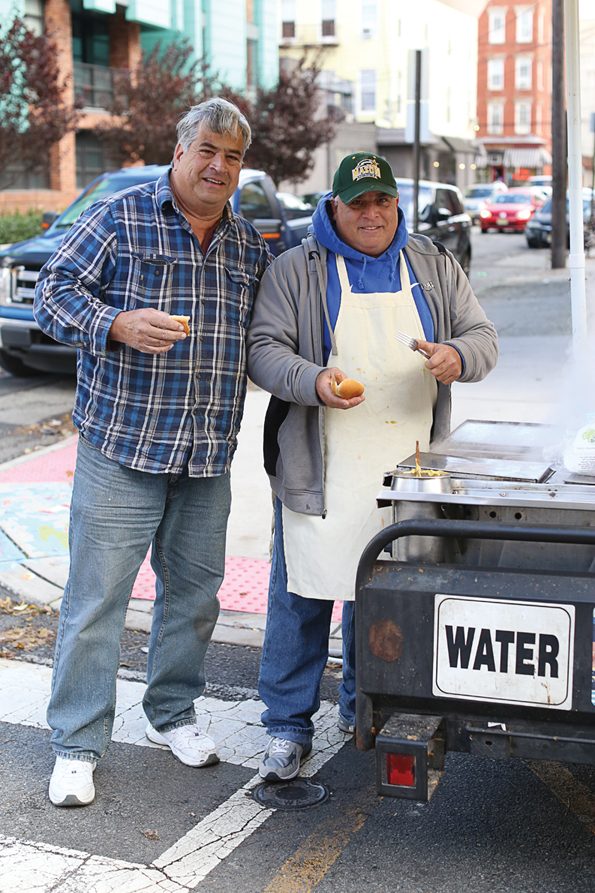 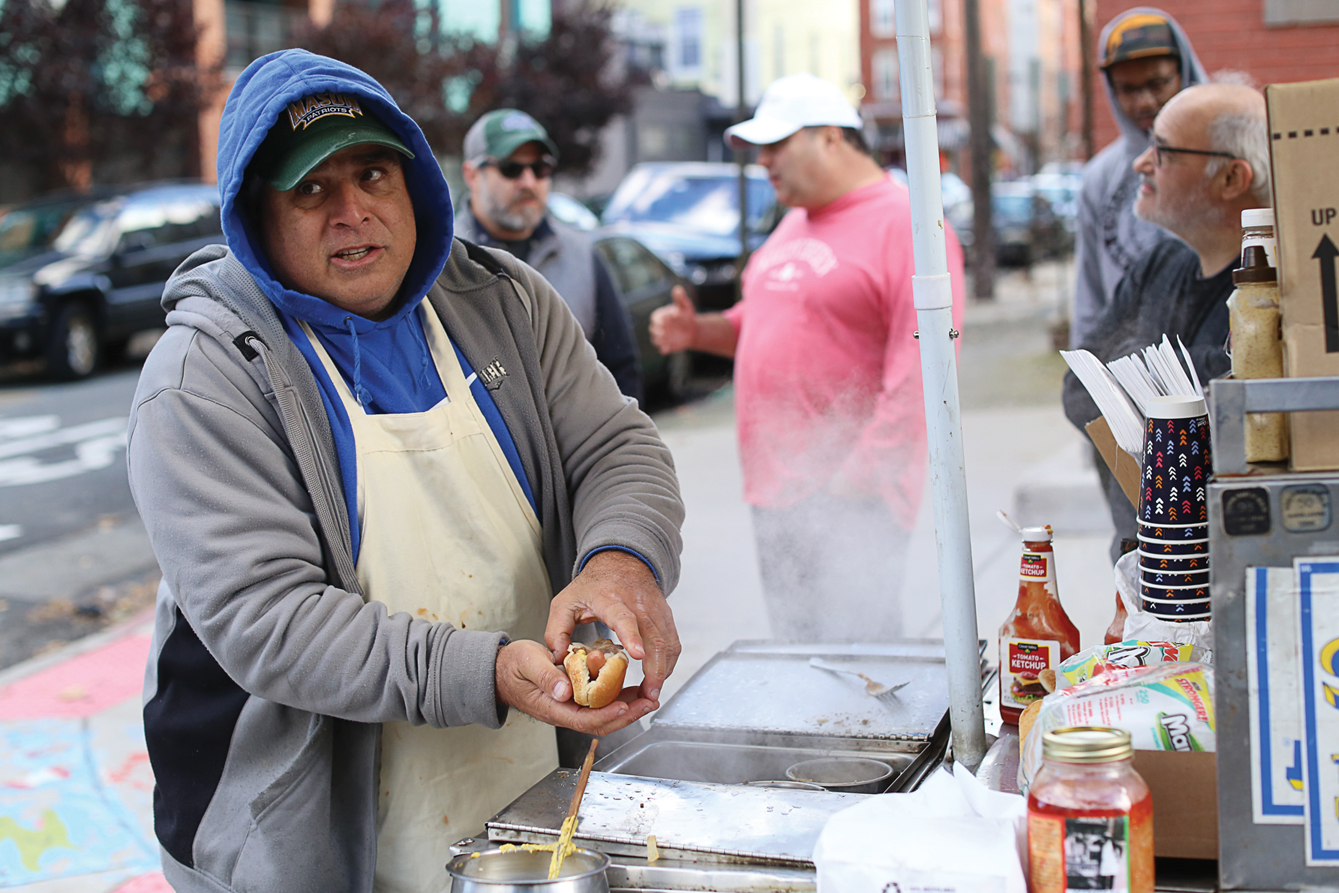 It’s a cold, windy morning as Jim Mazzola sets up his hot dog stand on Jefferson and Fourth. 10 a.m. seems well before hot dog time, and for a few minutes he stands around, shifting his weight from one foot to the other in an attempt to keep warm, but before 10:15 a line starts to form. Cars double park so people can order hot dogs to bring home. Mazzola doesn’t have time for a break after that, but he doesn’t seem to mind.

In fact, Mazzola says that this is a slow day. “It’s not a hangout day,” he says, gesturing toward a few empty folding chairs where his regulars usually sit for hours. The regulars still come around though. They eat their dogs standing up, huddled by the cart chatting and listening to classic rock on the radio. Mazzola says that cold weather doesn’t mean he’ll take the day off. “People always come. Every day is hot dog season.”

One regular, John Corea, has been coming to the hot dog stand for 54 years and still visits every Saturday. “I was here so often that I ended up marrying a girl who lived right over there,” Corea says, pointing to a nearby building. Today he’s with his son, John Corea Jr. “He makes a special hot dog for me,” the elder Corea says as Mazzola hands him two hot dogs nestled in one bun. “I’m watching my weight a little. Less carbs,” he says with a laugh.

“Double the protein,” another regular, Scott Lagattuta, chimes in.

“He’s a youngster,” Mazzola says of Lagattuta. “He’s only been coming here for maybe 10 years.”

Lagattuta argues that it’s closer to 14 years. He started coming when he was a single guy, and continued as life changed. “I take my kids now. I have to go pick one up from soccer later, and I’ll drive them down here if they want a hot dog.”

“It was a pre- and post-game ritual,” the younger Corea explains with a grin.

“I’ve seen kids grow up that have kids,” Mazzola says. Before he started running the cart in the late ’90s it belonged to his father, Onofrio Mazzola, who was called Noff. Now Mazzola has inherited that nickname along with the family hot dog business.

“He’s an exact replica of his father,” Corea says. “His father was a wonderful guy.”

The family business started in 1919 when Mazzola’s grandfather came to Hoboken from Italy. “I don’t think there’s many people left who bought from my grandfather,” Mazzola says. “He stopped in ’55.” Yet some traces of the original Mazzola hot dog salesman remain today.

Mazzola sells jars of onions made from his grandfather’s original 1919 recipe. “In Sorrento, Italy, there’s this recipe that’s similar to French onion soup, but Italians put everything over pasta,” Mazzola says. His grandfather adapted the recipe into a hot dog condiment that is still popular at his cart today.

Another detail that hearkens back to the original cart is an upside-down sign on one of the storage doors. Mazzola says his father intentionally placed it upside down to mimic a sign on his own father’s cart that was accidentally painted that way.

Lagattuta leaves to pick up his kid, and Corea rushes to cover Lagattuta’s tab. “I would say I’ll get you next time, but I know how many you can eat,” Lagattuta jokes as he heads out.

As the guys banter back and forth, Mazzola keeps the line moving. He quickly tops hot dogs with chili, cheese sauce, sauerkraut, and his famous onions. Each one is just $2 no matter how many toppings you choose. He pours cups of orangeade, a drink that Mazzola says fell out of popularity when a New York luncheonette chain called Nedick’s closed long ago. Now his supplier makes it special just for him.

Not every customer is old-school Hoboken. An Uber driver, Wenceslao Mella, was told about the hot dog stand from a passenger this very Saturday. “He said if you want to eat one you’re going to eat four!” Mella does indeed order seconds.

Mazzola says that he serves plenty of younger customers who are newer to Hoboken. Rumor has it that one of his hot dogs is the best hangover cure in town.

However, Mazzola is nostalgic for old Hoboken. “The town’s changed,” Mazzola says. He points out condo buildings that were once busy sewing factories whose workers lined up at the stand during lunch break. There were clubs on the corners whose patrons also frequented the cart. He says it used to be a family town. Now he sees a lot of families move as their children start to get older.

Mazzola breaks into a smile. “The only thing that hasn’t changed really is me.”

The original 1919 onion recipe hasn’t changed either. And one thing that the older customers agree has remained the same over the years is that Mazzola and his father are great listeners, almost like hot dog therapists. Maybe that’s what turned Mazzola’s hot dog cart into a hangout. Or maybe it’s the fact that the hot dogs are so delicious.—07030 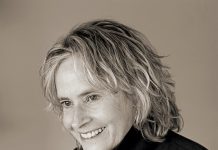 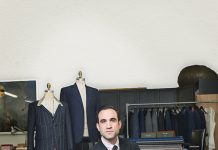 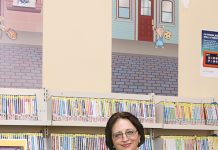