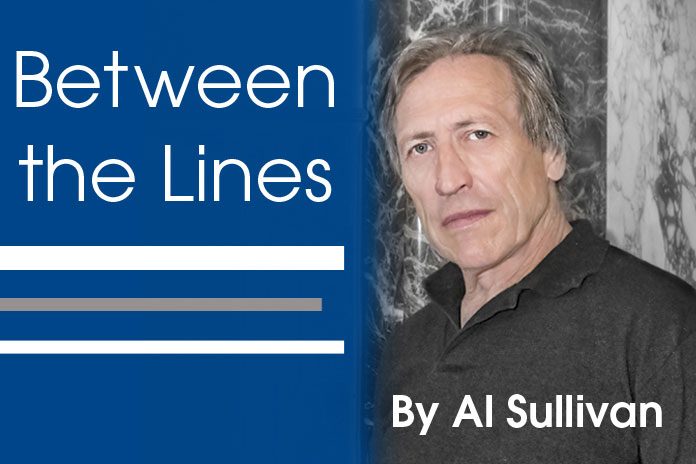 Many political observers see Mayor Felix Roque’s re-election bid in the upcoming West New York election as akin to the maiden voyage of The Titanic – after it has already struck the iceberg.

The question is not whether the mayor’s ship will sink, but whether he is smart enough to bail out before it does

This has very little to do with his record as mayor.

Despite the political rhetoric coming at him in the runup to the May election, Roque has a fairly good record to run on – crime is down, the streets have been paved, taxes have been held steady.

While there are areas that need improvement, such as programs and facilities for after school, and the need to rebuild Miller Stadium where some baseball greats have played in the past, Roque’s potential demise would be purely political.

He has angered the big political bosses, he has refused to genuflect, and now he must pay the price.

Along with two other Hudson mayors, Roque was on the wrong side of last year’s failed political coup against the Hudson County Democratic Organization and County Executive Tom DeGise. Because he can’t generate 10,000 to 12,000 votes the way his ally Union City Mayor Brian Stack can, and he has failed to make statewide alliances the way Hoboken Mayor Ravi Bhalla did, Roque is out in the middle of the political ocean without a life raft.

Some political observers, however, believe that Stack might have made a deal with the HCDO ahead of the critical committee vote last spring in West New York.

In last June’s primary, Roque was in a political fight to get 50 of his committee people elected in West New York ahead of a county committee vote that ultimately selected the executive’s daughter Amy DeGise as chairperson over Stack.

Stack was supposed to send in an army of political workers to help Roque. While Stack’s workers showed up, they did nothing to help the campaign.

This suggested Stack may have made some kind of deal with state Senator and North Bergen Nicholas Sacco, a supporter of Tom and Amy DeGise, to tank the Roque effort.

Had Stack backed Roque’s committee people as promised, Roque would have been in much better shape going into the May municipal election than he is now.

Still, most people believe Roque’s doom actually took place at the height of his success when his ticket won in 2015.  But it really wasn’t his ticket.  Rep. Albio Sires and Sacco inserted their own people into the West New York Board of Commissioners, leaving Roque a figurehead.

Roque’s first term that started in 2011 so scared the political establishment, the party bosses needed to take control over West New York government – and did – leaving Roque in power, but without real clout.

Now, some of these commissioners, that include Cosmos Cirillo, Margarita Guzman, Garbriel Rodriguez, Yoleisy Yanez and Victory Barrera, will run on a ticket opposing Roque.

While Roque has made some miraculous political recoveries in the past, this would take open intervention from the Heavenly Father, or perhaps a deal with a demon.

Roque claims he intends to run anyway, and has the money to run a significant campaign. But it is such a losing cause, he may well resemble a boy with a bucket trying to bail out the water from the sinking Titanic – a noble, but pointless effort, when there may still be room in one of the lifeboats for him to escape unscathed.

The last scene of `The Godfather?’

Not well known to the general public, the Jersey City Council was apparently poised to hold a vote of no-confidence against City Council President Rolando Lavarro in early January. This would have forced a vote to select someone else as council president.

Lavarro, however, somehow managed to convince a majority of the council members not to hold the vote.

But this raises questions about a massive power struggle ongoing inside the Fulop Administration.

While Fulop – like Michael Corleone at the end of “The Godfather” – appears to be taking the high road, hosting a number of positive events, his henchmen appear to be removing political enemies such as Schools Superintendent Dr. Marcia Lyles and former Gov. Jim McGreevey.

The removal of Lavarro would have been one more in the series.

Political observers claim all of these moves are largely about patronage. Fulop’s support of the failed plot to remove County Executive Tom DeGise may have created a problem for Fulop – who needs to get key supporters jobs.

The county takeover would have given Fulop access to hundreds of county jobs. Now he appears to have to find these jobs elsewhere. One place he is looking appears to be the Jersey City school district.

But Fulop critics claim the mayor must operate as if he is not the orchestrator of these moves, and so these critics claim, Fulop may be operating through surrogates.

While critics are also concerned about the city’s recent move to become its own master developer over a 95 acre site called Bayfront, Fulop may not be free to handpick developers.

“JC Together is a very effective watchdog,” said one Fulop critic. “The organization is keeping a very close eye on Bayfront and how developers are being picked there.”

In the wake of the shooting at Newport Mall earlier this month, city officials are scrambling to portray the mall in a positive light. In a brilliant move, Jersey City and the owners of Newport managed to offset negative press by holding a press conference that announced that New York Road Runner club will take over the Newport 5K run in the spring.

Russian Hackers May Be Gunning for Your Business